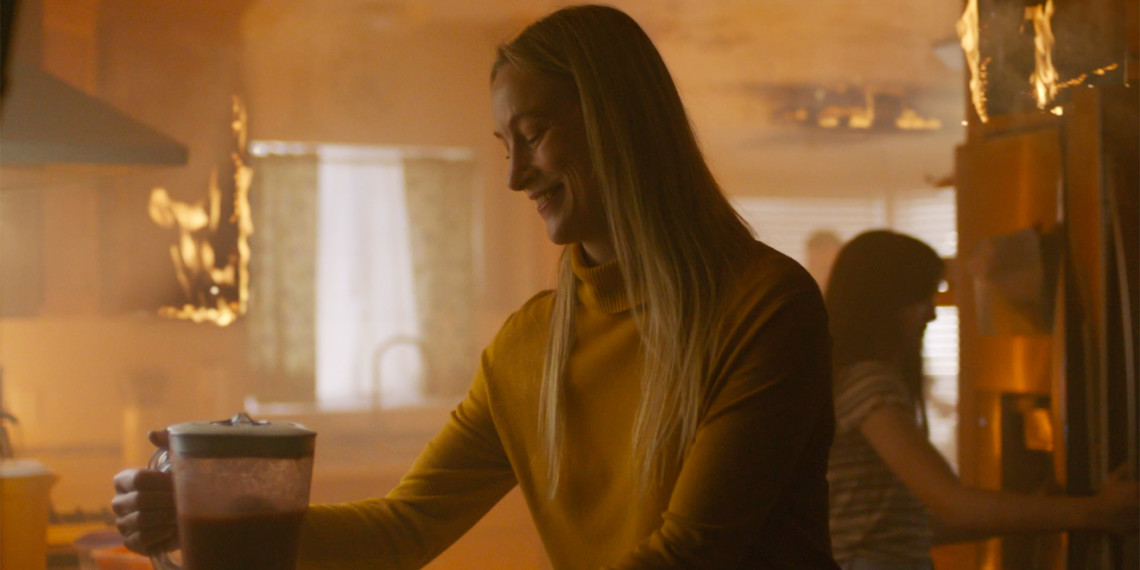 A burning home and its oblivious residents serve as blunt reminders of the threats of climate change. Fridays for Future

For all its good intentions, advertising around the climate crisis has yet to break through. The perils of the current Covid-19 crisis have snapped the world into large-scale action, but activists have never managed to create similar urgency around the slow burn of a degrading planet.

That’s not to say that advertising around climate urgency isn’t good—quite the opposite, actually. However, some may argue that a more direct approach is now necessary. Since 2018, climate activist Greta Thunberg hasn’t had any issues speaking her mind. As a relentlessly blunt leader, she’s excoriated global leaders, railed against inaction and, most crucially, rallied a global coalition of students around the world through the Fridays for Future strikes.

In a new ad from agency FF Los Angeles—and timed to Earth Day—Thunberg’s organization provides a reminder that the climate crisis shouldn’t be forgotten. The agency riffed off of Thunberg’s cry of “our house is on fire,” putting the words into a 60-second narrative that visualizes a family’s life as normal, even as flames envelop the structure.

“This young and highly inspiring organization founded by visionary activist Greta Thunberg is making a huge impact, and our agency is honored to help in any way that we can,” wrote the founders of FF (previously known as Fred & Farid), who collaborated with Fridays for Future on “Local Warming,” a December campaign that reimagined beloved destinations after climate change.

The world has stayed home to stop the spread of the novel coronavirus, temporarily decreasing carbon emissions. But with the pressure on nations to reopen their industries and commerce, it’s widely assumed pollution will likely return to pre-outbreak levels. The new ad is intended to remind people of the urgent task at hand—that, according to the Intergovernmental Panel on Climate Change, the planet is less than 12 years away from the point of no return.

“We believe it’s time people realize that climate change isn’t going to happen, but that it’s already happening,” said Joe Hobbs, an organizer at Fridays for Future U.S. “You may have become accustomed to it, but it’s a serious problem we face on a daily basis. Unfortunately, we’ve moved past the time where it’s enough just to be worried. We need immediate, collective action. We hope that by watching this video, people will realize they need to take action now instead of putting it off until later.”