In the latest of dozens of initiatives to mitigate the disastrous impact of the coronavirus pandemic on service industry workers, Hendrick’s Gin created a support campaign that it hopes will move organically through the bartending community, creating a domino effect and criss-crossing the country.

The “Pour it Forward” initiative asks bartenders to record themselves demonstrating how to make a drink with Hendrick’s, and dedicate it to a bartender friend by telling a story about them during the drink-making process. Each participant, including those toasted during the videos, will receive $200 from Hendrick’s parent company William Grant and Sons’ Stand Fast Fund.

The chain of toasts starts with Hendrick’s three national brand ambassadors, who are kicking off the initiative with videos on Instagram and Facebook featuring mixology demonstrations and a short tribute to a bartender, who they’re also nominating to participate by “pouring it forward” to another industry worker.

The campaign is a way for Hendrick’s to give back to the bartending community during a time of crisis, said national brand ambassador Vance Henderson. “Covid-19 hit kind of out of the blue and has struck such a major blow to our collective industry,” he said. In thinking about how the brand could help bartenders out right now, the team at Hendrick’s wanted to ensure that it was personal and tailored to the industry.

“The program itself kind of pays homage to and tips the hat to a bartender tradition,” Henderson said of sending messages to each other through cocktail making.

The brand also opened up an online “tiny shop” to sell Hendrick’s branded novelty items, like a penguin pourer, tea cups, glass sets and a punch bowl, among others. All the proceeds from those sales will go to support the “Pour it Forward” campaign. 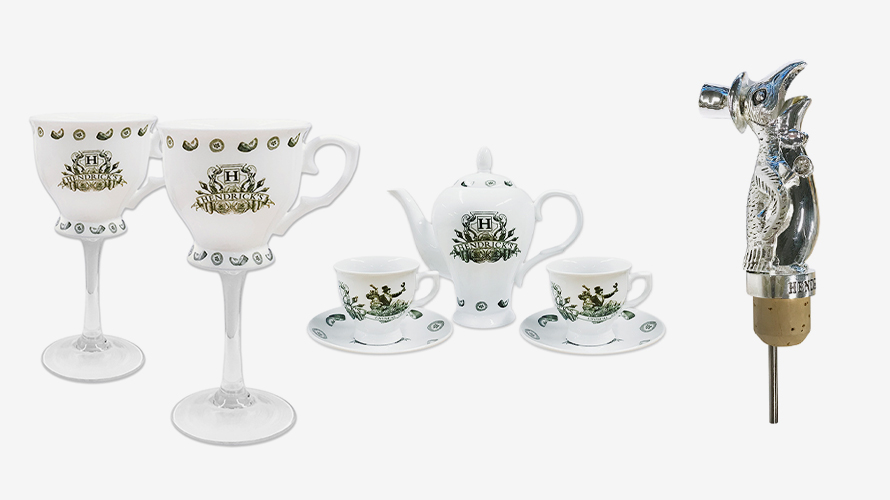 Right now, Henderson said the brand has the funds to pay up to 150 bartenders to participate, but he’s hoping that sales from the online store will allow them to support more than that.

The brand had around a dozen bartenders signed on to participate at the time of writing, but Henderson said he expects those numbers will multiply quickly as bartenders continue to nominate others. “It’s really unfolding pretty spectacularly,” he said.

Like many other alcohol brands, the closure of bars and restaurants has meant a huge shift in sales from on-premise to off-premise, and a relatively new focus on ecommerce—something that the pandemic has fast-tracked in many industries.

For Hendrick’s, that’s meant ensuring that social content is linked as often as possible to retailers that offer delivery, and hosting more mixology classes and seminars online to keep the brand top of mind for consumers, Henderson said.