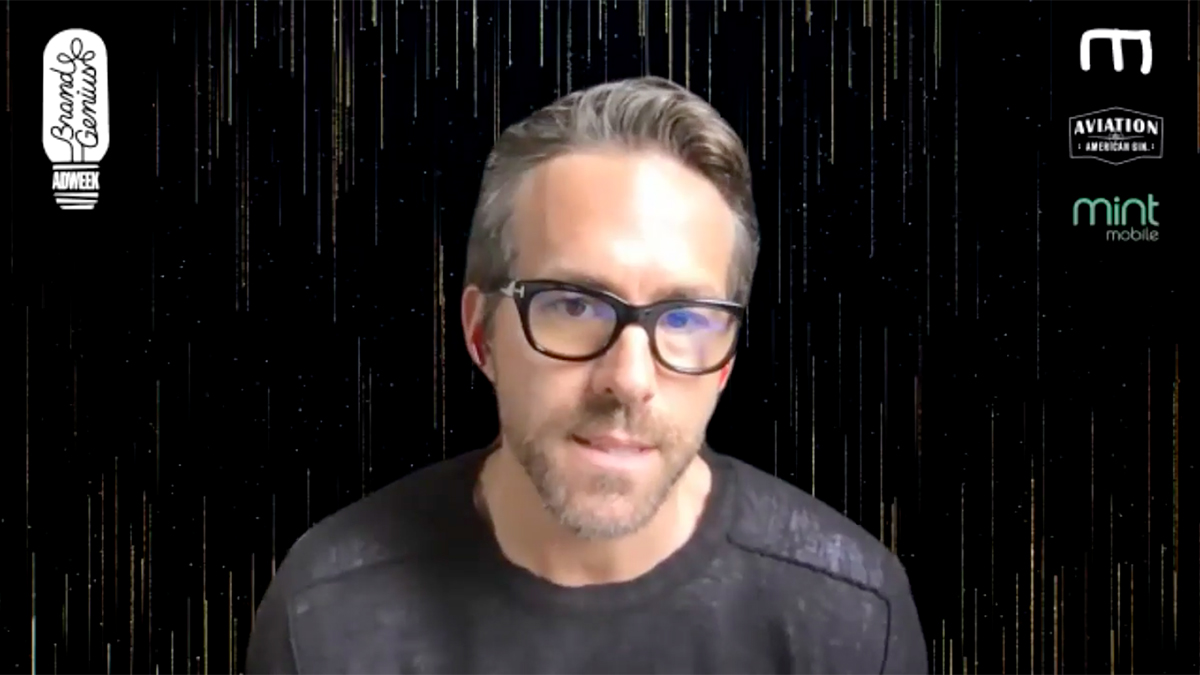 If star power were enough, the marketing world would be full of Ryan Reynolds.

However, the self-effacing and subversively creative actor has rapidly transcended other celebrities in recent years to become one of the top talents on today’s advertising landscape.

Honing his highly shareable marketing skills out of necessity when faced with the slim marketing budgets of Deadpool and Deadpool 2, Reynolds brought those approaches to Aviation Gin when he bought the small spirit brand in 2018. A little over two years later, he sold the company to spirits giant Diageo for upward of $610 million.

At this year’s Brandweek Masters Live event, Reynolds was named Adweek’s 2020 Brand Visionary and also took the virtual stage to talk about his tenets of creating great marketing: empathy, hard work and the willingness to move as quickly as culture.

Below, you can watch his full talk, followed by a transcript.

David Griner, creative and innovation editor, Adweek: The No. 1 question I’ve always gotten about you over the years is, ‘How involved is Ryan Reynolds directly in the creation of his ads?” Tell us about your process with these ads.

Ryan Reynolds: Once George Dewey, my partner at Maximum Effort—our marketing and production company—and I got together, we really just did everything ourselves. It was just the two of us, mostly.

A lot of the writing was done, surprisingly, just via text or short Word documents, and we’d fire them off to each other. So for a long time, it was very much just the two of us. I would have an idea that I would write, or he would have an idea that he would write. That’s kind of how we operated until we started to build out our team, which we’ve done over the last six or seven months—well, actually more like the last three or four months, really.

So now it’s a little bit more robust, which is great because we’re getting a few different perspectives and different points of views from people that are from different walks of life, different cultures and that sort of thing. So that’s helped make the company more dynamic and well rounded.

How have you maintained your ability to be directly involved and to be a core part of the creative process and the execution while growing? How, how do you scale that level of direct involvement?

I love it. I mean, I genuinely love what I do. I guess I don’t know that much about the ad space in terms of ad agencies and the dynamics of the hierarchies and how these sorts of things work. From what I understand, there aren’t a lot of creatives that are handling the kind of corporate aspect of it, or the day-to-day sort of stuff. For us, we really didn’t have a choice. It was just George and I for the longest time.

In terms of scalability, it’s not something that we really talk about. I don’t even know if George and I’ve ever used that term together. Most of the stuff is pretty organic. Rarely do we find ourselves going, “Oh, we really need to do a Mint Mobile spot,” or, “We really need to do an Aviation spot.”