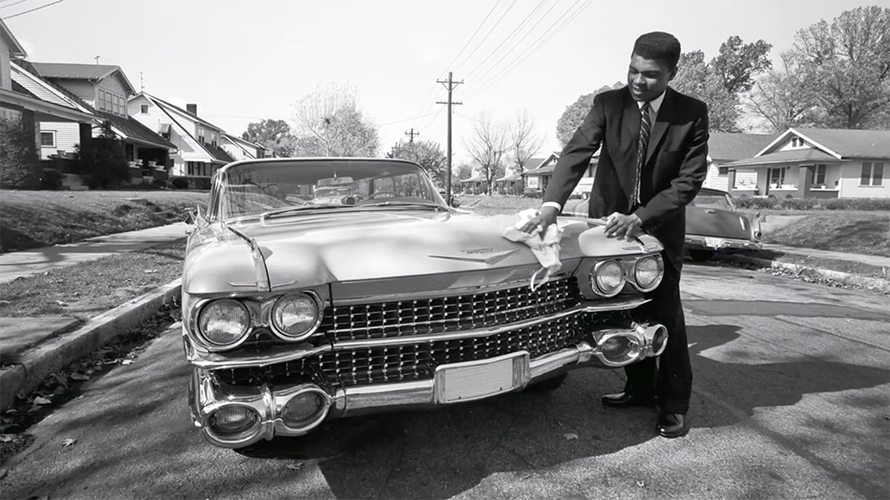 The luxury car brand hopes to speak to both sides of the political spectrum. Cadillac

One of the most controversial presidents in the history of the United States rides in a Cadillac. If you’re the brand’s marketing chief, how do you handle that—celebrate it? Ignore it?

Cadillac CMO Uwe Ellinghaus said the iconic car company’s leaders felt compelled to enter the political conversation. That led them to release the ad “Carry” during the Oscars this year, featuring documentary-style footage of Americans over the past century, ranging from soldiers to protesters to Muhammad Ali waxing his Caddy. There’s a hopeful call for unity: “While we’re not the same, we can be one.” 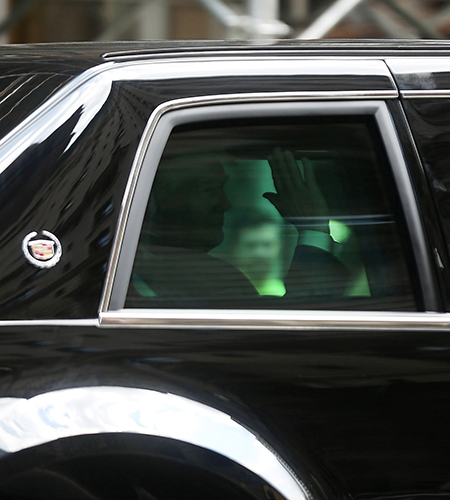 “The 45th president of the United States is chauffeured in a Cadillac—that’s a fact,” Ellinghaus said today in a speech at the ANA Masters of Marketing conference in Orlando, Fla. “I grew up with the belief a brand needs to be bipartisan, but there are times when a brand needs to stand up.”

Dipping into the nation’s roiling political waters was a risk. “Some [brands] just got a shit storm on social media for their efforts,” he said.

But because the president drives its car, Cadillac was uniquely positioned to deliver that ad, Ellinghaus said. Its vehicles symbolize luxury for older, affluent Americans. And the brand has been aggressively targeting younger drivers with influencer campaigns, art installations and a home base in New York. In short, it can speak to both sides of the political spectrum.

“It’s a credible source if it comes from Cadillac that we say dear America, we need to come together,” he said. “We didn’t want to fuel the political divide; we wanted to transcend it.”

After the spot aired, the CMO said he received an email from Breitbart News praising it as one of the best pro-Trump ads it had seen. He also received letters from The New York Times readers hailing it as the best anti-Trump spot.

Trump’s presidential limousine, known as “Cadillac One,” debuted on Inauguration Day. The 8-ton beast is equipped with military-grade armor, a tear gas cannon and vials of the president’s blood type. The New York Post estimated the cost at $1.5 million, and the car captivated the French press when it traveled to Paris this summer.

The mogul’s relationship with Cadillac dates back to the 1980s, when he reportedly planned to release a Trump Cadillac Series of stretch limos. The deal fell through, but the Volo Auto Museum in Illinois recently acquired a prototype, complete with fax machine and paper shredder.