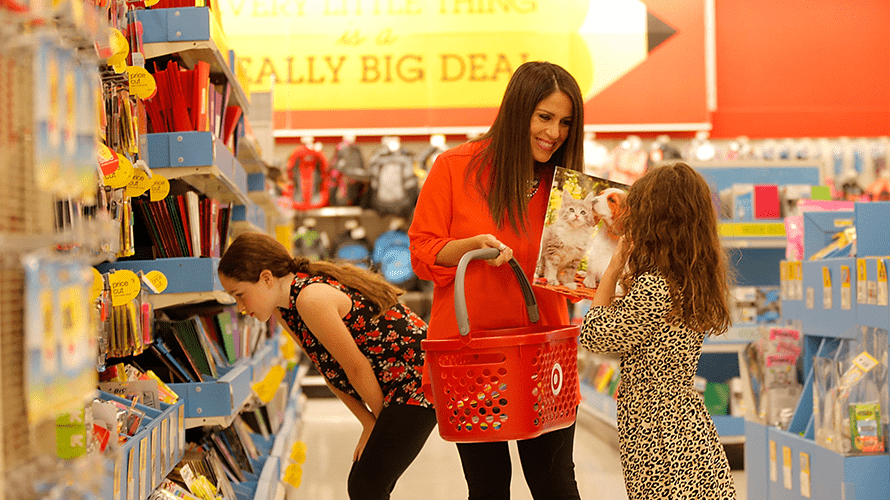 Both online and in-store shoppers need to be taken into consideration when planning. Getty Images

We are nearing the end of back-to-school shopping with this past Labor Day weekend being the final critical shopping period of the season, according to new research that reveals key insights about the plans of both consumers and other merchants.

The season started strong with Prime Day and ended with in-store pushes over Labor Day weekend.

Amazon Prime Day kicked off the three-month-long back-to-school shopping season. Closing out the season, Labor Day weekend was also one of the top predicted shopping time frames for the 2018 back-to-school season, especially for shoppers who were headed in-store. According to the report, an overwhelming 96 percent of shoppers planned to visit a physical store at least once for back-to-school items, with 58 percent completing the majority of their shopping there. Additionally, 72 percent planned to shop online.

This is good news for both brick-and-mortar and online retailers who were looking for the best return on their increased budgets for back-to-school this year. For brick-and-mortar retailers, the products getting shoppers in the door were clothing, backpacks and school supplies. However, consumers reported to be more likely to buy electronics online during back-to-school season. Sixty-three percent also said they would research items online before heading to a brick-and-mortar store.

Shoppers had their eyes on deals

Back-to-school shoppers anticipated spending more this year than they did in 2017 but were increasingly looking for deals before completing a purchase. Sixty-seven percent of shoppers said they would look for more savings during back-to-school than any other time of the year, which is up from 36 percent in 2017.

While back-to-school shoppers planned to spend the most money on clothing this year ($189 versus $153 in 2017), electronics also anticipated seeing the biggest growth in spending, as consumers said they would shell out 53 percent more on items like laptops, smartphones and tablets than they did last year ($186 versus $121).

More than half of shoppers said they would be open to picking up items that weren’t related to back-to-school if they found a good deal, opening up the opportunity for retailers to drive incremental spend over the holiday weekend.

Heading into the Labor Day weekend, social media provided retailers with important insights into what shoppers like and who might influence their purchasing decisions. While back-to-school marketing investments were up overall compared with 2017, the biggest spending increases were in social (72 percent), followed closely by mobile (69 percent).

Connecting with shoppers via social media was a direct and accessible strategy for retailers to remain top-of-mind and relevant as they competed for back-to-school spending.

Finally, as retail marketers planned to increase their social media investments, they were also experimenting more with creative tactics to attract customers’ interest. A key theme was turning shopping into a memorable, fun and even meaningful experience.

Engaging consumers with brand activations and events helped retailers stand out from the crowd and generate buzz around their stores, in the hopes of drawing attention to products and deals being offered.

All of these tactics have something in common: They lend themselves to social media sharing by retailers’ fans and followers, and they connect the online and offline shopping experiences.

Taking an omnichannel approach to reaching both in-store and online shoppers will help retailers bag dividends not only on big shopping weekends like Labor Day weekend but in the everyday shopping experience as well. As this past weekend wraps up and the back-to-school shopping season comes to an end, retailers will need to reflect on the strategies they used to find what was successful and what was not to learn and adapt as they head toward the oncoming wave of holiday shopping.

Marissa Tarleton is CEO of RetailMeNot.