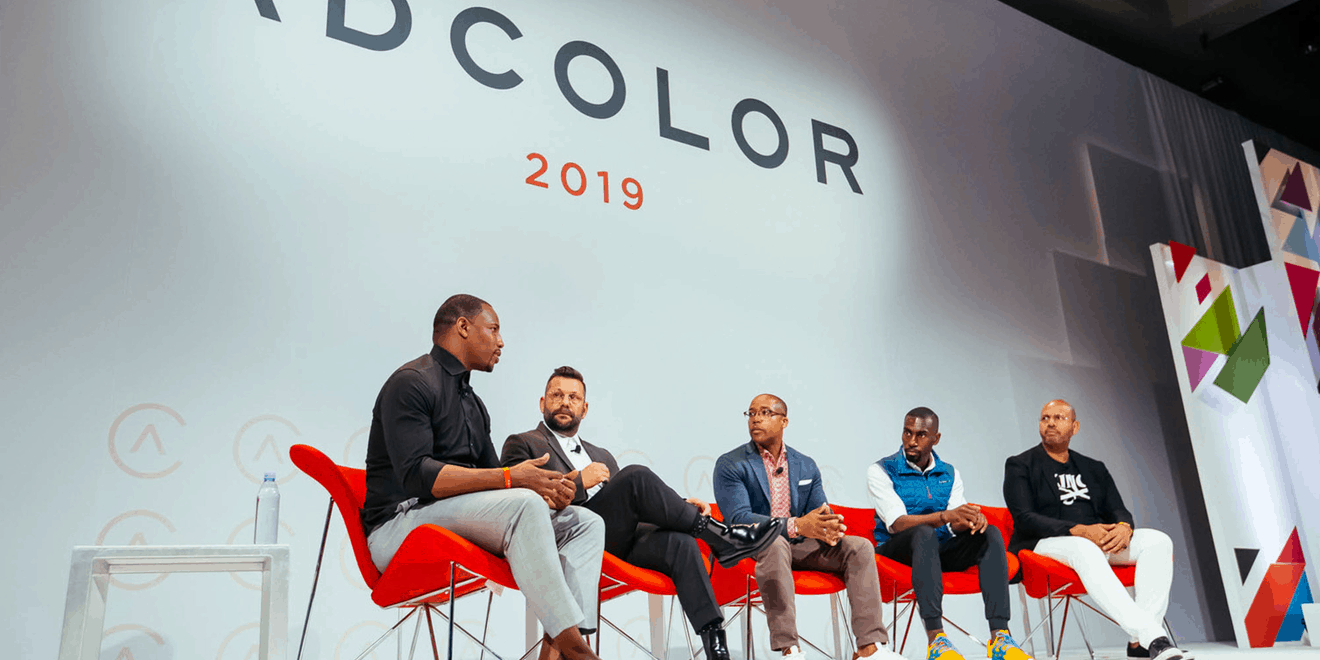 When media and advertising train its eye on black men, the results are often shallow and stereotypical at best. At worst, portrayals focus solely on what activist DeRay Mckesson calls “the sad story” of poverty, hardship, addiction and imprisonment.

That’s why he was heartened by P&G’s “The Look,” a groundbreaking short film about unconscious bias that debuted at Cannes Lions this summer and launched weeks later as a follow-up to its lauded campaign, “The Talk.”

“Stories shape the lessons we learn,” Mckesson said during a panel at the Adcolor 2019 conference Saturday in downtown Los Angeles. “And I’m excited to see stories that don’t use trauma as the only frame.”

The film from the Saturday Morning collective shows a young black father running a gauntlet of suspicion and discrimination, both subtle and overt, in his everyday life. In the final seconds, viewers see him take the bench in his courtroom, leaning that he’s a judge.

Anthony Mandler, fellow panelist and owner of Black Hand Cinema who directed the work, said the team decided on that profession after learning that the youngest black judge in the country is 26 years old, as well as to drive home the point that, “You never know who you’re looking at.”

To Mckesson, the type of job didn’t matter. “It would’ve been just as powerful if he’d been a mechanic, bartender or teacher or whatever,” he said. “Our worthiness and value [aren’t] tied to what we do, and we don’t have to earn it. We’re already deserving of it.”

The discussion, part of Adcolor’s gathering of 1,300 agency and brand executives, podcasters, media stars, human rights advocates and other professionals, focused on the ad, which shows no products and makes no sales pitch. Instead, it follows in the footsteps of its lead character as he faces a litany of unspoken aggression in the form of sideways glances and elevator doors closing, windows locking and security guards hovering. The closing frame says simply, “Let’s talk about the look so we can see beyond it.”

“It made me feel whole,” said panelist Emil Wilbekin, chief content officer at Afropunk and founder of Native Son. “It highlights this thing that still happens everywhere. It was right on time.”

That kind of message should be a bellwether for the future, Mckesson said. “We have to normalize telling the truth.”

Mandler, whose feature drama All Rise with Jeffrey Wright and Jennifer Hudson premieres this fall, took a “nuanced” approach to bring to life enlightening scenarios that are all too common. “I felt a responsibility to handle it with delicate hands.”

"There's been a corporately molded version of inclusivity. But we don't have to compromise anymore.”
Anthony Mandler, owner, Blackhand Cinema

The initial brief had its own quiet power, he said. It also represented a significant step forward for the industry.

“There’s been a corporately molded version of inclusivity,” he remarked. “But we don’t have to compromise anymore. We’re telling authentic stories, and not in a safe way. We can say things that we couldn’t say before.”

And it’s not a moment too soon, according to panelist Karrelle Dixon, manager director at Wieden + Kennedy Portland, who said there are countless examples in traditional media of just the opposite.

“If you talked to people the way some advertising talks to people, they’d punch you in the face,” Dixon said.

P&G has been a trailblazer in its push for inclusion in advertising and corporate policies, and, along with other marketers, in insisting that agency partners reflect the diversity of American consumers.

There’s plenty of work still to be done, noted Dixon, including being “intentional about who’s in the room creating content. That should be non-negotiable.”

And once diverse junior creatives are part of the team, it’s incumbent on agencies’ leadership to “listen with your ears and your eyes,” he said, making sure younger employees have the freedom and opportunity to voice their opinions without repercussions.

The panel, moderated by P&G’s Damon Jones, vice president of global communications and advocacy, also broadened to reflect the conference’s “Take a Stand” theme that threaded through the weekend’s events.

Dixon, for one, shook up the Nike team after he arrived in Portland, which he half-jokingly called “one of the whitest places in America,” bringing in creatives from the agency’s eight global offices to collaborate on the account.

And Wilbekin, a former editor at Vibe, made the controversial decision while at the music magazine to skip coverage of hip-hop records that contained homophobic and misogynist lyrics.

Mandler, who worked with Wilbekin in those days, describes it as “a tumultuous time when hip-hop was so ultra-masculine and aggressive. And you held the line in a world where you were really out on your own. You changed the course for a lot of people.”

Noting the many challenges he faced at Vibe in the ’90s as an outspoken gay black man, Wilbekin sees a real identity movement these days where “people are owning who they are and forcing brands and companies to respect that.” But deep-seated problems remain, along with the need to confront them. His advice to those in diverse communities: “Get comfortable with being uncomfortable.”