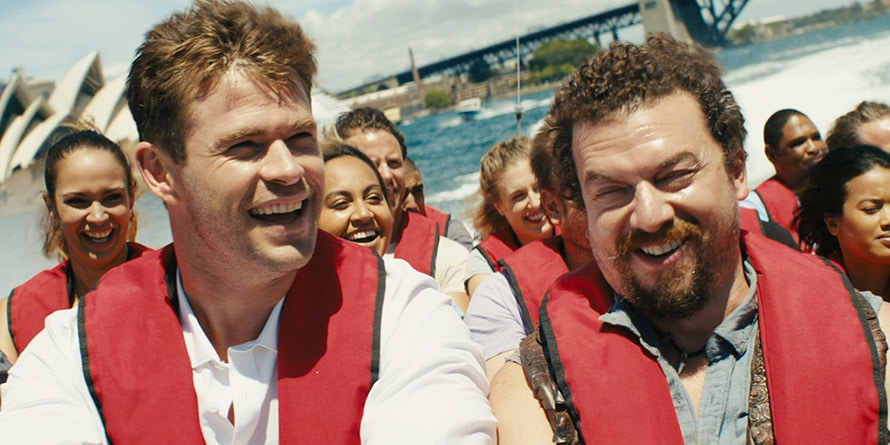 Imagine you’re a marketer trying to convince your board of directors that the massive cost of a 60-second Super Bowl spot is a smart investment. Now imagine that you need to convince an entire government and the Australian taxpaying public.

In this world of programmatic efficiencies, it can be difficult for any advertiser to justify the significant investment required to participate in the Big Game. The pressure is compounded for smaller advertisers that might be redirecting a year’s worth of budget toward a single moment.

When Tourism Australia came to Droga5 with a need to drive bookings and an appetite for maximizing their reach via the Super Bowl, we knew they’d need more than a great piece of creative that would get people talking. We needed to convert that conversation into action and get Americans to visit Australia. “Dundee” was more than a compelling creative idea—it was a full campaign orchestrated to drive maximum impact for Tourism Australia.

The following strategies were key to making “Dundee” Tourism Australia’s most successful campaign ever.

Start thinking beyond the spot

With their massive reach, Super Bowl ads are most effective at driving broad awareness, but they’re not always known for moving consumers down the funnel. However, when marketers consider a Super Bowl ad the linchpin of a larger system of work, it’s possible for the full campaign to deliver true impact for a brand and even deliver against lower-funnel metrics.

The “Dundee” campaign began two weeks prior to the game. With each piece of content that was released online, we gathered a qualified audience that was retargeted after the Super Bowl with performance assets meant to drive booking. While the television spot was compelling on its own and drove interest around Australia as a destination, the full system of work ensured that the Super Bowl investment would pay off in a meaningful way for Tourism Australia.

Bring back the element of surprise

The importance of online views, including those from YouTube and Facebook, as a Super Bowl success metric have incentivized advertisers to release their spots early. Though it can raise views, this strategy is degrading the one moment a year when consumers actively seek out ads. In 2018, breakthrough spots from Tide, the NFL and others showed that an early advantage isn’t the only way to ensure a post-game victory.

Tourism Australia’s strategy of releasing unbranded teaser videos prior to the game allowed us to accumulate views against several pieces of content as well as let consumers see something new during the Super Bowl. By including no mention of Tourism Australia, we drove further intrigue around the in-game spot while also adding to our audience pool for retargeting. Viewers returned to the teasers after our reveal to see how the narrative came together, deepening their connection to the work. Effective use of teasers can preserve the element of surprise without sacrificing online views.

Social approaches to the Super Bowl have evolved. Creating a second screen experience has become the norm, making it difficult to win on Twitter with just a war room and a few topical tweets. A social strategy should be inherent to the larger idea. Winning on social isn’t about what the brand posts during the game; it comes from an ad that drives organic social conversation.

The rollout strategy for “Dundee” was designed to optimize that conversation over the full Super Bowl time frame. Our celebrity-driven PR approach started two weeks before the game and immediately began driving buzz and speculation. We got the whole internet working to solve the “Dundee” puzzle, and it paid off in conversations across Twitter, Facebook, Instagram and Reddit. Tourism Australia became one of the most talked-about advertisers before the game, and that was without officially confirming our involvement.

Though we trusted that the reveal during our spot would ignite further conversation, we used social as a way to bring our reveal to life. By switching all the “Dundee” social accounts to Tourism Australia channels, we gave fans more touchpoints to engage with and showed our commitment to the concept.

Through this approach to the Super Bowl, we were able to create a campaign that not only drove incredible buzz and earned coverage but also drove true measurable impact for Tourism Australia across a range of metrics. The “Dundee” campaign proves that a well-orchestrated Super Bowl campaign can be a game changer for even the most unexpected brands.

@hillary_thinks Hillary Fink is a senior communications strategist at Droga5.