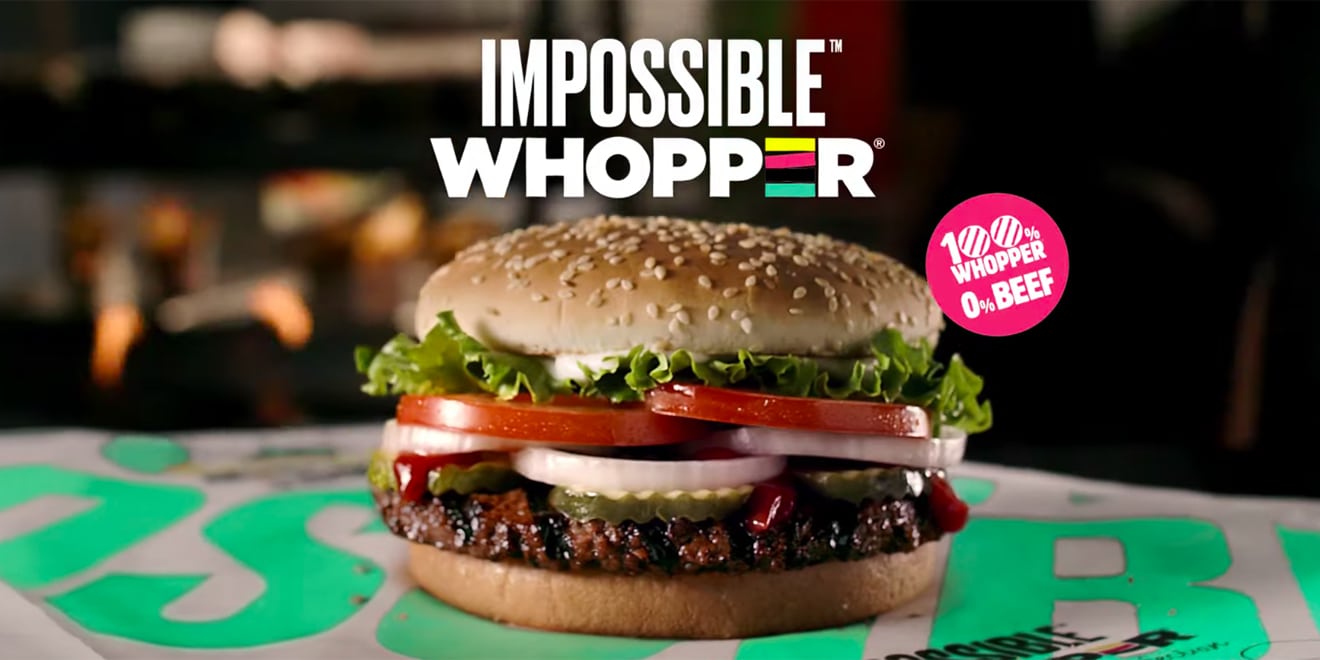 Burger King is punking us, yet again. Or is it?

The fast-food giant, known for April Fools’ Day stunts like the chocolate Whopper and the in-home ordering kiosk, busts out a Whopper today that contains no actual hamburger meat.

That’s right, it’s “100 percent Whopper, 0 percent beef” and, according to the brand, nearly impossible to tell apart from the original Whopper. If you’re suspicious of the timing of this announcement, join the club. But also check out the results of a taste test that fed the new sandwiches to regular customers without telling them about the ingredients.

As the video shows, even superfans, like the guy who’s been putting away two burgers a week for two decades, didn’t know there was anything amiss with their lunch. They were shocked—shocked!—that there was no beef in that Whopper, with one protesting: “This is a f***ing cow!” Another was super disappointed by his lack of gastronomic skills. “I’m confused,” he said. “I’m re-evaluating my life.”

As it turns out, the Impossible Whopper is real, though for a limited time and only in 59 St. Louis-area restaurants. The chain becomes the first national brand to add the Impossible Foods’ plant-based product to its menu. (To be clear, Burger King has had a Veggie Burger on the menu for several years, though the MorningStar patty isn’t likely to be mistaken for beef by anyone with eyes or a mouth.)

It’s a timely move, since competitors like White Castle (with a $1.99 Impossible slider), Umami, Wahlburgers and New York’s Momofuku Nishi are serving the protein-packed beef-like burgers from the fast-growing Silicon Valley startup.

And Burger King expects to get the side eye for this April 1 debut because the brand, historically, loves pulling a good prank (hijacking Google Home, picking a fight with the King of Belgium, etc.). But the brand’s spokespeople swear that, unlike Whopper-flavored toothpaste, this isn’t fake news.