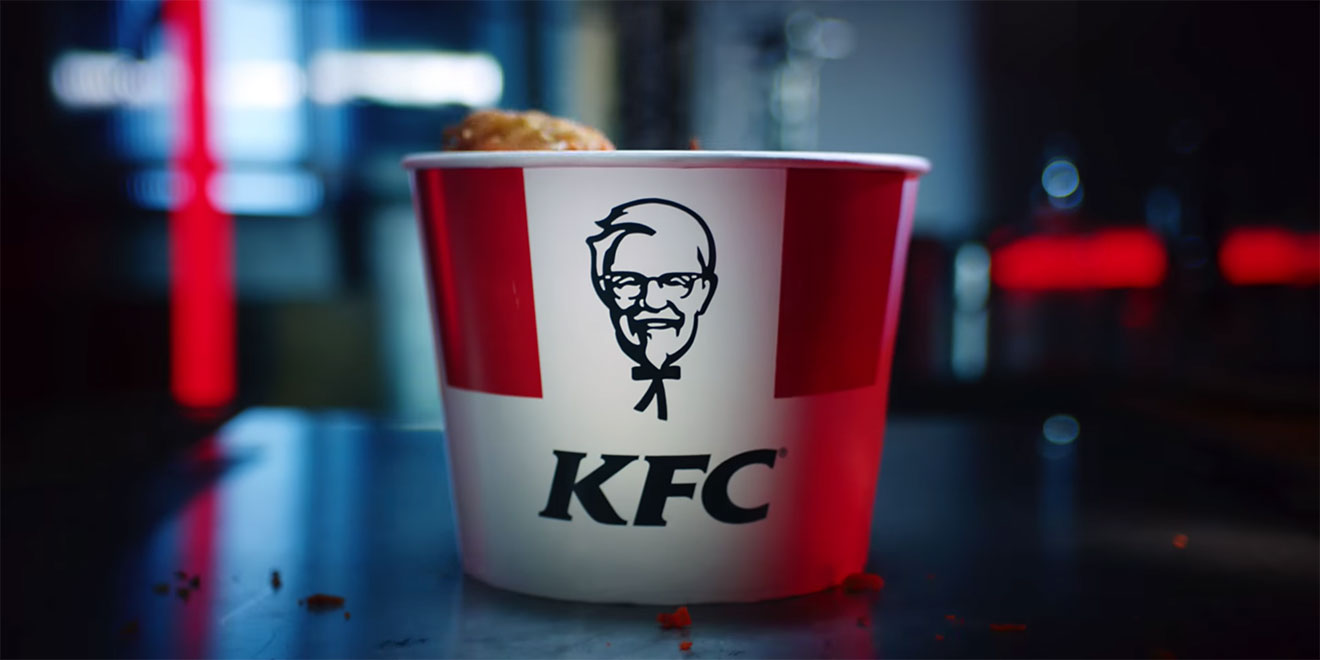 The ad debuted over the weekend, but the chain has hinted it has a few more chicken-related stunts up its sleeve in the near future. KFC

It looks like something straight out of a dystopian horror flick, but any trepidation evaporates as soon as the Colonel emerges in a “blaze of herbs and spices” in this latest spot by KFC U.K.

Colonel Sanders is back in the UK for the first time in 40 years.

It’s a fitting return for the icon who has not been spotted in the U.K. in 40 years.

“The Colonel’s back, and it’s about time, too,” said Meghan Farren, CMO for KFC U.K. and Ireland in a statement. “We went through a tricky spell earlier this year—but his values, his philosophy and ultimately his recipe got us all through it. We’re glad to be back.”

The “tricky spell” refers to a chicken shortage in the U.K. earlier in 2018, resulting from operational issues that forced the chain to close hundreds of stores and birthed the company’s clever “FCK” campaign. Still, the shortage was no joke, and chicken fans went so far as contacting the police.

Enter the brand’s latest apocalyptic-feeling spot. “His reappearance symbolizes a return to full strength after the nation’s favorite chicken restaurant ran out of chicken,” reads a statement released by the company.


“KFC has weathered one of the worst storms in its history without skipping a beat,” said Hermeti Balarin, of Mother London agency, which collaborated on the campaign. “Who better to put an end to this saga than the man behind it all, Colonel Harland Sanders?”

The ad debuted over the weekend, but the chain has hinted it has a few more chicken-related stunts up its sleeve in the near future.