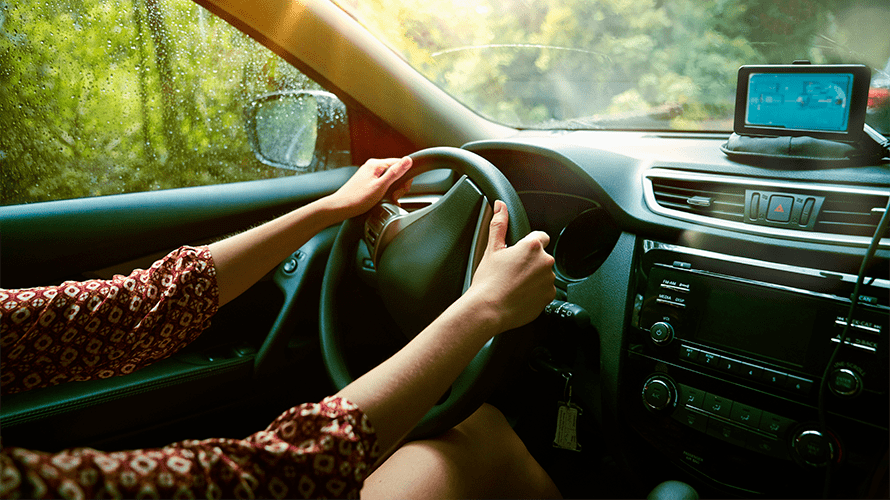 In many ways, the auto industry is lagging far behind other brands when it comes to embracing emerging tech and other trending concepts. Getty Images

Before I can turn the ignition key in my car, I need to complete one critical task. I affix my smartphone to the top of the dash, plug it in and render the car’s god-awful native interface invisible, safely covered up by my beloved iPhone X. Sound familiar? You’re not alone.

With the exception of startup electric car companies and third-party experiences like those of Apple CarPlay and Android Auto, most traditional automotive companies have struggled to provide best-in-class in-car user experiences. Given that we spend a lot more dollars on our cars than we do on our smartphones, why do in-car digital experiences still suck so badly, and why is it taking so long for automotive brands to catch up?

Up until relatively recently, car systems were simply glorified stereos. Automotive brands only ever had to compete with each other when it came to in-car systems, making it a non-competitive space.

Flash-forward to the present day where, with the present ubiquity of personal devices, everything has changed. User expectations of digital products are higher than ever, and automotive digital experiences are judged in comparison to operating systems such as Apple and Android, not the other automotive brands.

The large majority of native in-car experiences on the market are subpar to even the most basic smartphone. These are a few key areas where they could improve.

Why do in-car digital experiences still suck so badly, and why is it taking so long for automotive brands to catch up?

The fundamental problem with the majority of legacy automotive brands is that their tech simply doesn’t compete with what Silicon Valley produces. And it’s no wonder since their heritage is in designing cars, not interfaces. Not convinced? Pull up the in-car operating system in your car and put it side-by-side with your iPhone interface. Unless you own a Tesla, I doubt there will be any comparison.

Lack of a dedicated day mode

The vast majority of in-car UIs are still on a black background — a hangover from limitations of the past screens. When the sun hits these screens, it renders them virtually illegible. Simply put, in the daytime, an interface needs to be easy to read – like black text on a white background – but only a handful of companies (such as Tesla and the Chevrolet Volt) are implementing this.

Ignoring the details that could turn acceptable experiences into fatal accidents

The devil is in the details, especially when you’re driving at 100 mph on the freeway. Optimization of details, such as using digitally-native typography and iconography, may seem like something only design nerds care about, but the reality is that bad design keeps our eyes on the screens in our cars instead of the road. These details can literally be life or death.

Trying to be the best in your category is not an easy task, especially for an industry not built around digital products and user experiences as its core business. Here are some of the key learnings from our work building in-car experiences.

User-centered design methodologies are nothing new, but the automotive industry has struggled to embrace these processes when it comes to in-car digital experiences. For a digital product to succeed, it is vital to identify the real needs and pain points that the user experience needs to solve, first and foremost. For example, a car designer might want to create a sexy car interface that looks like the Batmobile. But what the user actually needs is to know when to get off the right exit when driving.

It might sound like a very LA-problem, but in-car map services rarely give enough notice when need to exit the freeway. They often don’t factor in the six lanes of unmoving traffic on the 405, and drivers miss their exit because of it. In truth, the user would be happier if this problem was solved more than any amount of sexy visual design improvements.

While in-car UI is relatively new, the same UX problems have been solved in different industries. Automotive companies need to look beyond their bubble and hire tech/digital product people, not automotive people. Find people that have found solutions to similar problems before. For example, while visual optimizations help, remember that the best screen experience when driving is none at all. The car interface of the future should be built around a voice AI as the primary interaction method. Therefore, in this case, finding people who have developed an AI—even if not for a car—is crucial.

While Google and Apple push forward with their proprietary auto platforms, traditional automotive brands have struggled to compete. In truth, these companies face a crossroads: Either create products that are as good as the technology on people’s devices or hand over the reins to tech companies to handle your in-car experiences. A smartphone costs around $1,000. A new car will easily set you back anywhere between 10 and a hundred times that amount. Isn’t it time for car manufacturers to step up and create in-car experiences that represent that value?

@paulillustrator Paul Woods is the CCO of Edenspiekermann in Los Angeles.