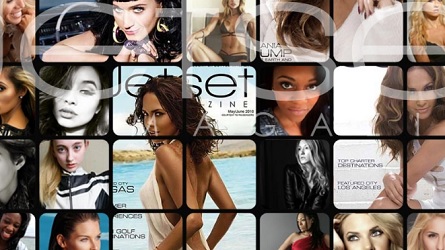 The process by which Scottsdale, Ariz.-based Jetset magazine is choosing its 2017 “Miss Jetset” is long and rather complicated. But come 10 p.m. PT tonight, Phase 8 of the ten-phase competition will be complete and the field will be reduced to five “Wild Card” group winners plus 60 “Preliminary” round finalists. 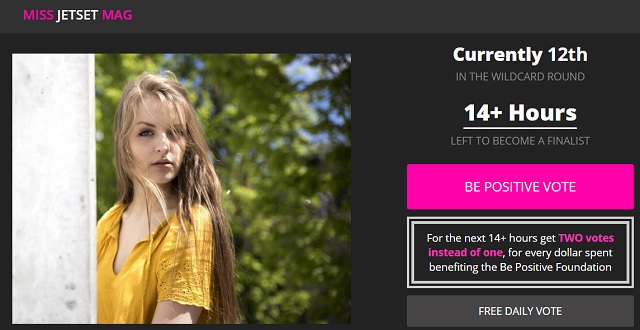 Once the semi-finals (July 20-26) and finals (July 27-Aug.2) are complete, a winner will be crowned. The prize package is a good one: private jet travel; hotel accommodation; three days of photo shoots; $50,000 in cash; another $50,000 or so in prizes; and a cover appearance on Jetset magazine, which is distributed at high-end travel and event spots.

A couple of contest rules to note. One, there was no entry fee. Two, members of the public can vote once per day via social media but also, if they desire, purchase additional votes, with a portion of that amount going to the Andrew McDonough B+ Foundation. (The non-profit, which supports children afflicted with cancer, is named in honor of a boy (and his blood type) who died from leukemia 10 years ago this month.)

There are also some interesting competitor storylines. For example, here is Aleyda Ortiz’s answer to the question, ‘What has been your greatest achievement:’

“I always wanted to work on TV as a host. But I didn’t have the resources or the looks. So I lost around 55 pounds, started learning through videos how to model and after a few years of hard work I ended up winning the reality show called Nuestra Belleza Latina. That is a beauty pageant reality competition for Hispanic TV in the U.S.

The previous “Miss Jetset Magazine” winner, in 2015, was Becca Tepper. Good luck to all competitors.