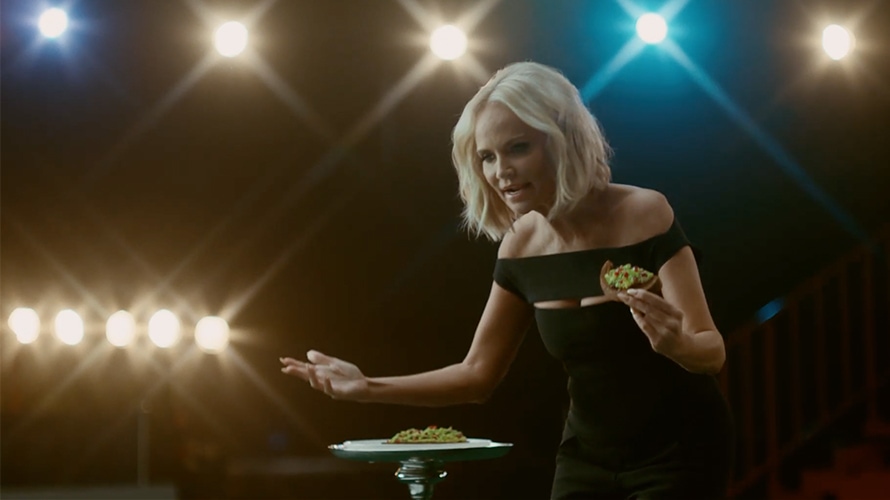 Avocados From Mexico’s Super Bowl teaser has gone to the dogs. Actress Kristin Chenoweth stars in the 15-second teaser, alongside three pups, who she tries to teach to bark the trade group’s signature jingle.

The teaser is the first Super Bowl creative for the trade group from Energy BBDO, following an agency consolidation last year. A 60-second digital spot will also be released, though Avocados From Mexico will be running a 30-second cut during the second quarter of the game.

“We’re going to come back with the same type of light humor we usually use,” Alvaro Luque, CEO of Avocados From Mexico, told Adweek late last fall when the trade group announced it would air its fifth consecutive Super Bowl spot.

Using dogs in the teaser makes sense, as Avocados From Mexico has partnered with Adopt a Pet for its Super Bowl LIII campaign. The trade group and Adopt a Pet have created Match Dog Com, an integration that will help pair those looking to adopt a dog “with their perfect match from their area using IBM Watson technology,” according to a release.

The trade group is also worked with The Onion Network to craft Barking News, a faux news website from the perspective of dogs.