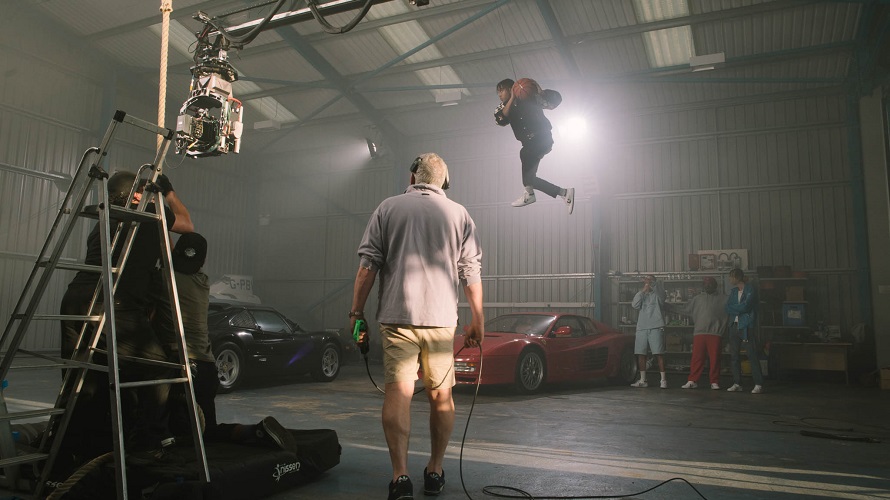 In the most recent ninth episode, the gang received a brief from Converse HQ in Boston. The challenge: to create a retro-TV commercial in support of this summer’s return of the company’s Fastbreak sneakers. A private plane, classic cars and a gravity-defying basketball slam dunk are involved.

The cleverness of the 12-minute episode is that it is less about the product and much more about how these four lads react to the opportunity to select vintage autos, cool threads and so on. Episode #9, the first in the Paq output to be co-branded, is also the first to crack the 300,000 views threshold on YouTube. Additionally, Kyra created some separate assets for Converse to use to market the return of Fastbreak, such as a trailer and animated stills.

The first season of Paq will run somewhere between 12 and 15 episodes. A Kyra rep tells Fishbowl that three quarters of the views so far belong to viewers ages 18 to 24, with a majority of those eyeballs based in the U.S.

This week, Kyra TV started separately shooting its second web series and is in talks with several different companies to join as brand sponsors for that one. Liv Stephany, head of client services at Kyra, oversaw the partnership with Converse and worked closely on Episode #9 with Kyra TV co-founder James Cadwallader.

We asked @paq.official to make us something absolutely for the #Converse Fastbreak. Damn did they deliver... (cc: @kyra.tv)