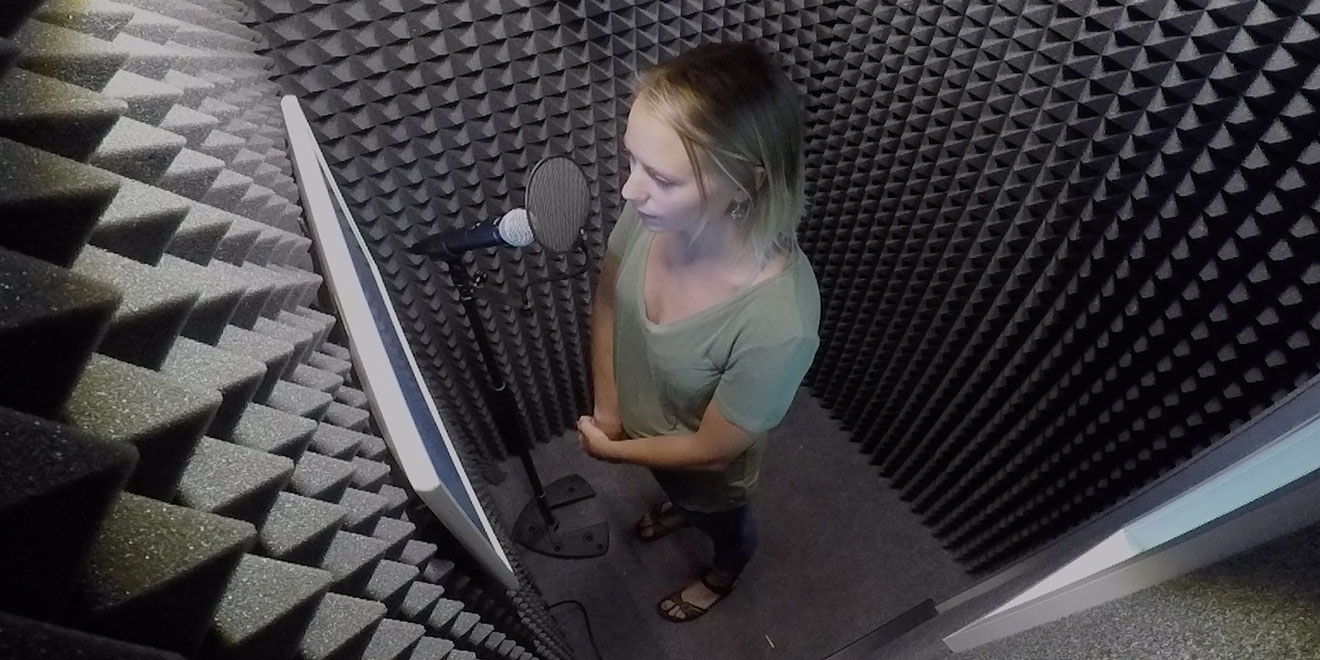 If a 150-million-year-old Brachiosaurus could talk, what would it say?

You can find out at Chicago’s Field Museum of Natural History, where many of the exhibits will soon tell their own stories using local voices, thanks to an initiative from local museum advertising specialist Leo Burnett.

The agency wrote more than 100 short scripts, each a paragraph or two long, designed to capture the “voice” of various plants, animals and minerals in the museum’s permanent collection. The write-ups combine history and humor. For example, the Brachiosaurus bemoans its girth while also discussing the contributions of paleontologist Elmer Riggs.

Everyday Chicagoans are invited to record the first-person monologues in a special pop-up audio booth that is traveling around the city this summer. (It visited Chinatown this weekend.) Ultimately, the best voiceovers will be accessible via smartphone for Field visitors to enjoy on audio tours.

“With the booth, the Field Museum could meet people in their own neighborhoods and keep a rapport going,” agency creative director Carlos Murad tells Adweek. “Attendance is up, but the Chicago cultural market has gotten increasingly competitive. Like any business, the Field Museum has to grow its base, stand out among competitors and keep up with evolving tastes and expectations.”

People have been taking quite a few liberties with the material and giving some truly wacky performances.

“A guy came into the booth—he had glasses and his hair was falling down, hiding his face. We pegged him as shy and demure,” Murad recalls. “He then read the most amazing version of an arachnid in amber you could possibly imagine. He sounded devious, menacing and malicious, like a movie villain. It was totally surprising, and just a little bit scary. An 11-year-old kid unleashed an Army Ant drill sergeant that was incredible. His voice and attitude grew fivefold. He was barking orders and laying into the troops like he’d been a drill sergeant all his life.”

Observing such antics made Murad wonder, “Where did that come from? But then you realize, these people are all around you—you’re surrounded by them every day.” 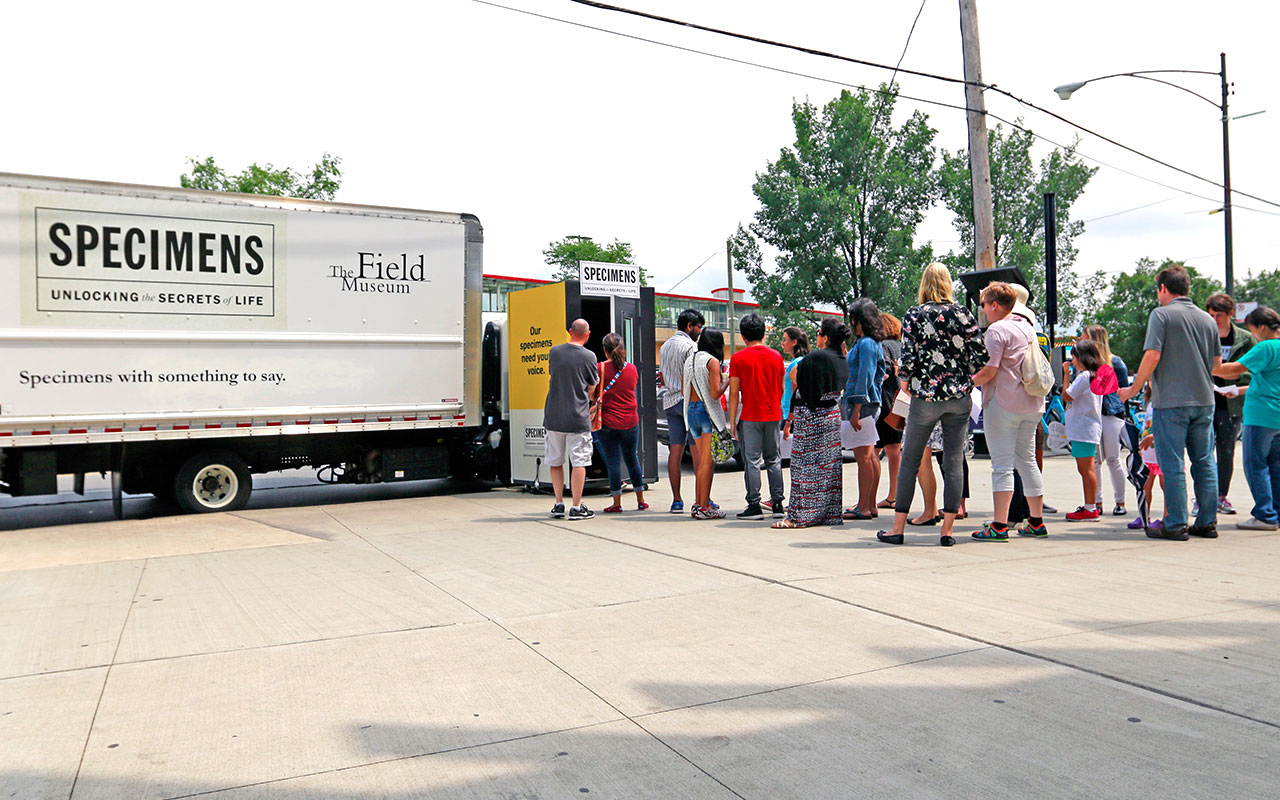 Check out a few sample scripts below:

Stardust
Alright, now listen up and fasten your seatbelt, story time through time’s about to be felt. Now you may know me by a number of names. Some of the people call me Presolar Grain. But to you, since you’re a friend—my inner circle I trust—you can call me Mr. Stardust. I was zipping through the galaxy before the sun, an interstellar space traveler on the run. I fell from the heavens and landed on earth. Scientists scooped me up and realized my worth. They branded me as a skeleton key—a picture of the past of how things used to be. I unlocked the secrets of what was around before the solar system and the earth was crowned. They’re trying to figure out just where I came from. Luckily for them, I left ’em a crumb. They can track the star from whence I came. The elements inside me are the name of the game. If you remember one thing, don’t forget the name. It’s the one and only Mr. Stardust, ’cause none are the same.

Brachiosaurus
How can a 150-million-year-old dinosaur be “the first” at anything? Well, get this. I was the first Brachiosaurus ever found! Me! Of all Brachiosaurus! This paleontologist, Elmer Riggs, nice young fella, found me in the Rockies in 1900. I’ve never been the first at anything! It was always, “Brachy, you’re too tall to play on the limbo team.” “Brachy, sit in the back, you’re blocking the entire movie screen.” “Bracky, duck. Bracky, down in front.” And now to be the first, I’m honored. I’ve heard rumors that the Field Museum is going to make me a Brach-sized #1 foam finger that I can stick on my tail. They tried to build me a bust on a podium… but I stepped on it.

Cedar Waxwing
I don’t have wrinkles, but don’t be fooled. I’m old, sister. A hundred and twenty years-old. And after a century, I’ve noticed, it’s more than just the times that are a-changin’. It’s the temperature, too. It’s getting hotter, one week earlier. Now I know, a week’s not that long. But when the warm weather comes, so do us birds. Imagine arriving at dinner a week late. April used to be all the craze, now you need to come in March to get the best food for your family. This place is packed—it’s like you get a nest, you get a nest, everyone gets a nest! Now please excuse me, I need to powder my shell. What? You thought looking this good comes easy?