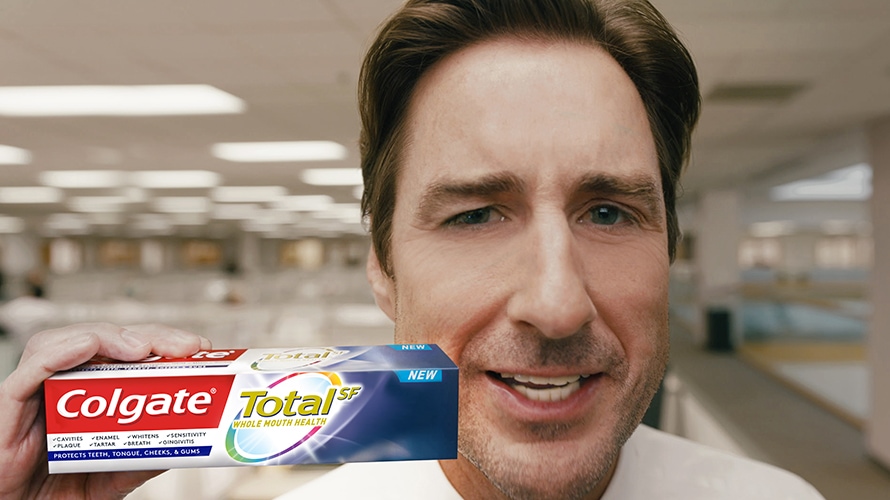 Get ready to up close and personal with Luke Wilson’s smile—and his mouth—in Colgate’s ad for the Super Bowl LIII.

The 30-second spot which will air during the second commercial break of the third quarter, shows Luke Wilson touting all the benefits about Colgate Total. In the ad, Wilson says he’s a “close talker,” which is why he’s “excited” about Colgate Total. He then goes around an office setting talking to people in their face—and with zero boundaries for personal space. It’s the first full ad released ahead of Super Bowl LIII.


Most people are uncomfortable with Wilson that close to them, except for one character who tells him, “I like your confidence.”

The tagline for the campaign is “Do More For Your Mouth,” and was produced by ad agency, Red Fuse Communications and directed by Bryan Buckley. It’s Colgate’s return to the game after appearing as a first-time advertiser in 2016, encouraging people to save water.

Colgate is holding an event in New York at the end of the month centered around the Super Bowl spot, so expect more of an activation around giving consumers a clean mouth.