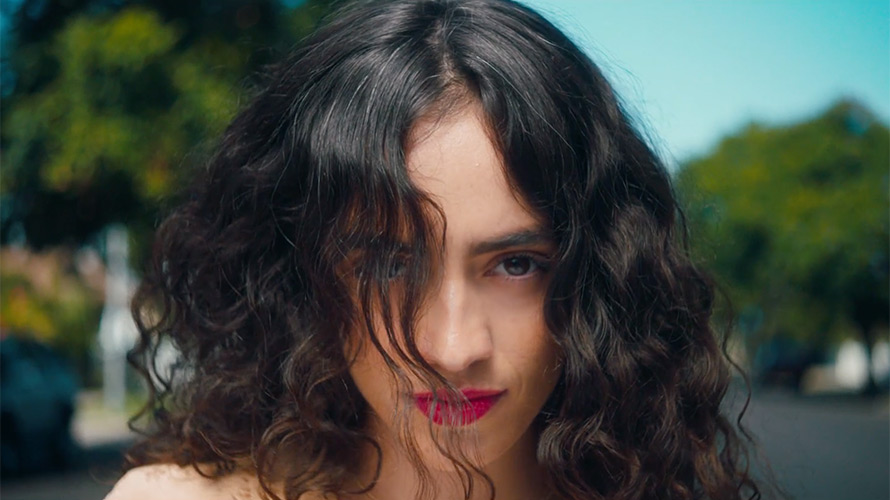 Women face all kinds of incredibly insane, unrealistic standards when it comes to appearance and sometimes it just gets too hard to handle it all. Beauty brand Julep knows what ladies are going through, and with its latest ad campaign, “Throw Anything At Me,” the brand is encouraging bravery and fierceness from women all over the world.

Julep partnered with Joan Creative on the campaign. It includes a film (directed by Alex Prager) and a video game–all designed to market beauty products in the most badass way possible. The spot showcases a woman (who applies her Julep Cushion Complexion at the start of the ad) who steps out into the world to battle all those pesky beauty standards head on.

Both Julep and Joan Creative wanted the campaign to feel authentic and fresh, especially at a time when ads about female empowerment are everywhere you turn.

“Female empowerment ads have become kind of a cliché. I mean, when was the last time someone made you feel strong AND made you laugh? We wanted this to be fun for a change–and between the film and the video game, it’s loaded with in-jokes,” Jaime Robinson, co-founder and CCO of Joan Creative, said. “This was one of the most fun, collaborative pieces I’ve ever worked on. We had a team of people willing to say things we’ve never said to anybody. All in service of being honest and making something that resonates with our audience.”

“In many ways, I feel like Julep is the best kept secret in beauty. I’m excited that this campaign will potentially be the first introduction to Julep for many women,” Jane Park, founder and CEO of Julep added. “I want women to feel proud of all the things they tackle each day, to use makeup as a personal confidence-booster to tackle anything thrown their way–to put their best face forward.”

Joan Creative conducted research ahead of working on the campaign with Julep and found that 72 percent of women feel that the world places unrealistic standards on them when it comes to how they look. One of the biggest insights that drove the direction of the campaign was that, universally, 70 percent of women feel that putting on makeup and using beauty products makes them feel ready to conquer the world.

“Beauty should be a fun and fearless experience for every woman, another tool in her arsenal to help her unleash her inner confidence so she can tackle anything thrown her way–and feel great doing it,” Park added.

Another fun component of the campaign is a video game that feels similar to the ad campaign where users can play a Julep-empowered customer battling beauty standards.