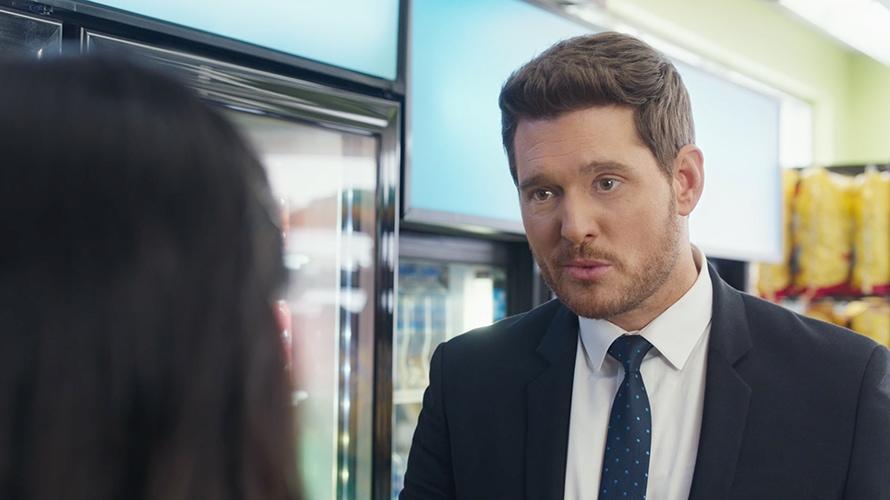 The 30-second spot was produced by Goodby, Silverstein & Partners. Bubly

Michael Bublé is not only convinced you’re misspelling Bubly, but he’s certain you’re mispronouncing it too. PepsiCo has released the 30-second Super Bowl spot for the sparkling water brand—a first appearance in the game for Bubly—following the 15-second teaser it unveiled earlier this month.

The ad will appear in the third quarter. The creative, from Goodby, Silverstein & Partners, will not only introduce Bubly to the Super Bowl, but also reveals four new flavors: Blackberry Bubly, Cranberry Bubly, Raspberry Bubly and Peach Bubly.

“With this spot, we knew we had one job to do—get people to crack a smile—and there was one person we knew could help us do it: Michael Bublé,” said Stacy Taffet, vice president of the water portfolio for PepsiCo, in a statement.

Taffet continued: “With his help, not only do we get to set the record straight that it’s Bubly, not Bublé, but we also get to introduce Bubly’s four new flavors—all featuring their own witty tab greetings and can sayings that Bubly fans have come to know and love.”

As previously reported, Bubly came to market last year and, according to the brand, is “on track to exceed $100 million in retail sales in its first year.”