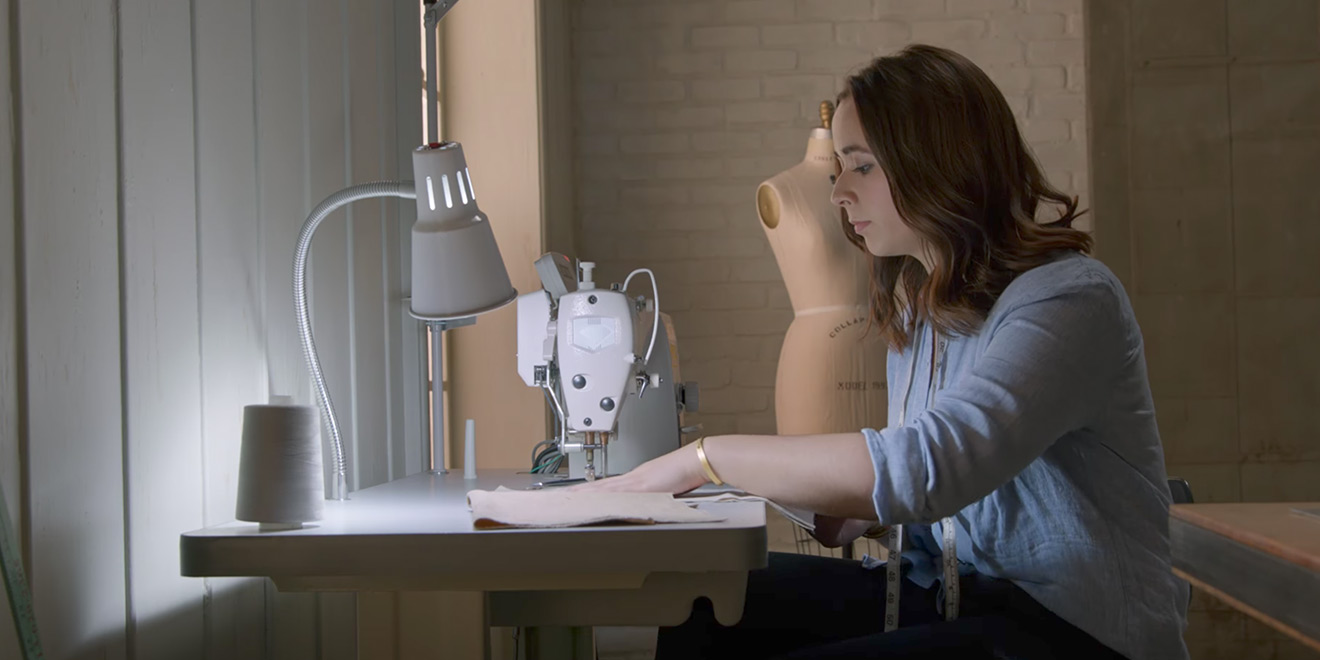 Spending on national broadcast placement for new creative fell dramatically last week, down 41 percent from the previous week’s total of around $122 million, according to Kantar Media. During the week, 478 advertisers spent roughly $72 million on new ad placement, which also fell short of the $89 million advertisers spent on new campaigns two weeks ago. 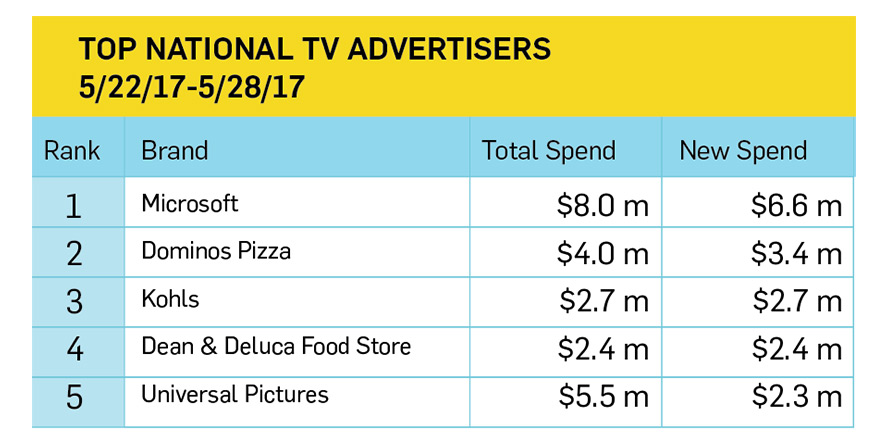 Microsoft May 2017 from Kantar Media US on Vimeo.

Domino’s devoted almost $3.4 million, or around 86 percent, of its total broadcast budget of just under $4 million to a new spot taking a look at the chain’s fastest box folder. The effort promoted a large two-topping pizza for $5.99 and follows the chain’s campaign promoting Domino’s Tracker by channeling Ferris Bueller.

Dominos May 2017 from Kantar Media US on Vimeo.

Retail outlets spent a total of $12 million on new ad placement last week, with Kohl’s leading the way. The retailer devoted nearly all of its budget for broadcast placement on new ads. The chain spent $2.65 million of its $2.66 million budget on a spot promoting its Memorial Day weekend sale. The 15-second ad, which started running May 23, aired nationally 1,638 times and 1,922 times locally, according to Kantar Media.

Kohls May 2017 from Kantar Media US on Vimeo.

Grocery chain Dean & DeLuca devoted all of its $2.4 million budget to a new ad extolling the quality of its ingredients. The ad ran exclusively during PGA Tour golf. (The brand was the title sponsor of the Dean & DeLuca Invitational at the Colonial Country Club in Fort Worth, Texas.)

Dean and Deluca May 2017 from Kantar Media US on Vimeo.

Universal Pictures rounded out Kantar Media’s list of the week’s top new ad spenders. The movie studio spent just under $2.3 million on new trailers promoting the June 9 release of The Mummy and the June 30 release of Despicable Me 3—$1.8 million alone to promote the former. Of that, Universal spent $209,000 for placement during the season finale of The Voice for the Despicable Me 3 trailer and $689,000 on placement during Fox’s Empire for The Mummy.

Universal Mummy May 2017 from Kantar Media US on Vimeo.

Universal Despicable Me 3 May 2017 from Kantar Media US on Vimeo.