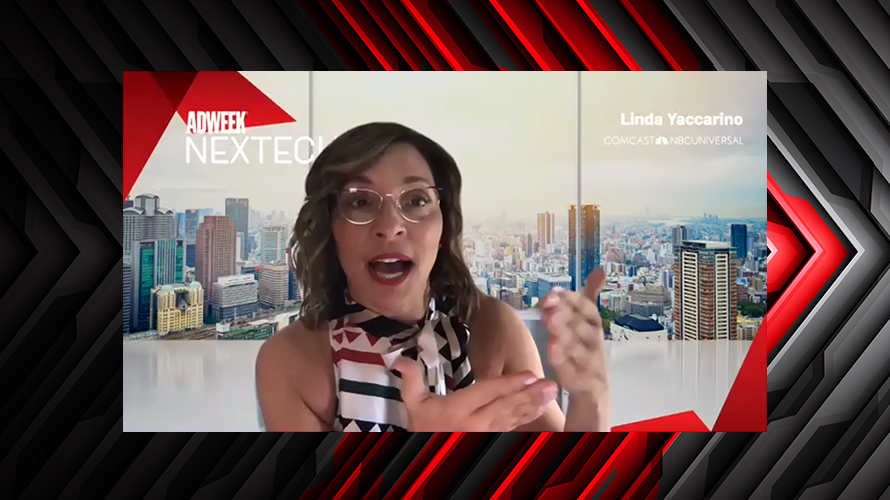 Linda Yaccarino is NBCUniversal's chairman of advertising and partnerships. Adweek

With the launch of Peacock, NBCUniversal’s new streaming platform, the network set out to completely rethink how and when ads are shown to viewers. That—in addition to competitive content and a free, ad-supported option—is how the brand is looking to differentiate itself from an increasingly crowded streaming field.

“We were able to bring a product to the market that reflects consumer behavior of the moment,” said Linda Yaccarino, chairman of NBCU advertising and partnerships, at Adweek’s NexTech 2020 Virtual Summit today. That’s something that hasn’t been done in the TV industry in 20 to 30 years, she said, and has pleased marketers and viewers alike.

In the development of Peacock, Yaccarino said the network focused significant effort on understanding how consumers are engaging with streaming services now, and what they’re looking too see—and avoid—from ad-supported viewing.

Using what it learned, NBCUniversal developed new ad formats alongside a commitment to fewer than five minutes of ads for every hour of content. New formats include things like single ads during a break, short pairings of one longer ad and one shorter ad, three-minute-long ads before a movie followed by uninterrupted viewing and an ad-free fourth episode after a viewer has already binge-watched three.

Yaccarino also told Adweek’s TV editor Jason Lynch about NBCU’s commitment to cutting back on the number of ads shown on linear television. She said broadcasters have “disrespected” their relationship with viewers, flooding them with too many advertisements.

“Our goal was to give the consumers the best possible experience, full stop,” Yaccarino said. “What continues to boggle my mind is that you don’t see a herd of other networks following what is clearly a very successful approach to improving the viewing experience.”

Yaccarino also called on industry leaders to work together to address the economic downturn that’s resulted from the coronavirus pandemic, pushing for creative thinking around job creation, training and workforce development.

“When everything is at stake, we are all stakeholders,” she said. “We’re dealing with such overwhelming need for cultural and social change. We should be together, standing shoulder to shoulder, instead of opposite each other.”