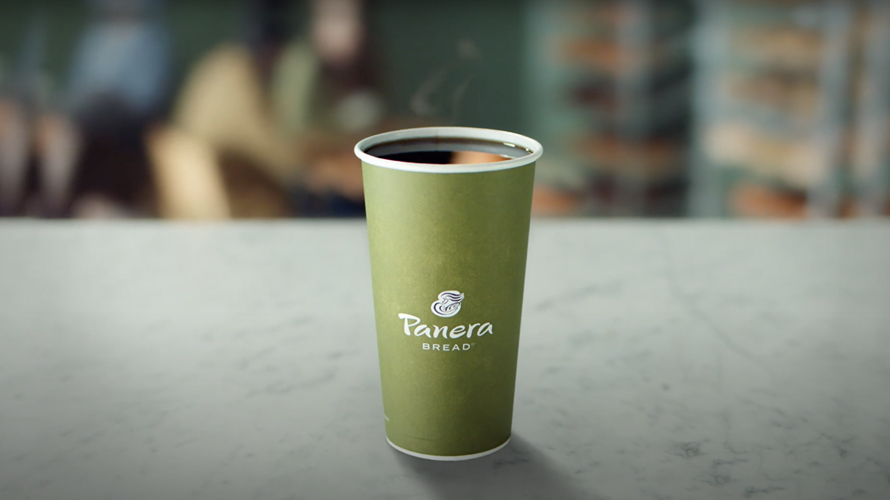 Panera got more than 800,000 people to sign up for its unlimited coffee offering. Panera Bread

A month ago, Panera Bread began offering a free MyPanera+Coffee subscription through Labor Day for anyone who signed up for the service on the fast casual chain’s app.

The promotion, which began June 22 to remind customers about the subscription service, is all part of the bakery’s plan to incorporate a recurring revenue model similar to Netflix, according to chief brand and concept officer Eduardo Luz.

The subscription includes unlimited hot and iced coffee as well as hot tea and typically costs $8.99 per month, but that fee was waived this summer. So far, more than 800,000 people have opted into the subscription as of the week ended July 18.

“Our hypothesis is that recurring revenue based on subscription makes a lot of sense,” Luz said. “I believe part of our future is going to involve recurring revenue or subscription-based revenue, which is new to the restaurant world. [This is Panera’s] first attempt to go in that direction.”

It’s an opportune moment for the shift, as the Covid-19 crisis has disrupted lives, and the coffee subscription helps to either reestablish or establish Panera as part of people’s daily routines even if they’re now working from home, according to Luz.

Early morning coffee runs before people clocked in as the office have been replaced by trips later in the morning, perhaps around the first Zoom call of the day. Some customers are just picking up their coffee and leaving, he said. “But a lot of people are showing up for coffee are also buying something.”

Coffee is just the first of several subscriptions the company is cooking up, Luz revealed. They’re something the consumer doesn’t have to think about; it’s just there for them. For Panera, it’s a steady stream of income.

“You just turn on Netflix and it’s there. And what’s our version of that? What kind of services or categories would be of interest? Coffee [is] such a penetrated category with high usage,” he pointed out.

Panera has more types of services and categories it thinks customers would be interested in exploring, Luz said.

For such ideas, all the company has to do is access its MyPanera loyalty program database, which contains some 40 million members—the largest in the restaurant industry. It can study and interact with those customers, then leverage that information to develop new programs.

Panera’s approach is to think about services tied to consumer circumstances. “So we put ourselves in their shoes and their struggles,” Luz said.

The company is considering a subscription or service tied to lunchtime, in light of likely school cancellations in the fall, with the aim of helping parents feed their children.

“When fall comes, schools will be disrupted with this crisis. In some cases, school will not be back,” Luz said.

In the meantime, Panera is emboldened by the results from its promotion of the coffee subscription service.

“We’re very pleased with the results so far,” Luz said. “If you want free coffee until the end of summer, just sign up and it’s yours. It’s a gesture of altruism to customers. So many people wrote back to us [asking] ‘What’s the catch?’ There’s no catch.”

The subscription, which initially launched in March and promoted via television, will begin charging an $8.99 monthly fee for those who choose to continue the service after the summer is over, however, he noted.

About 700,000 of the initial signups for the free unlimited coffee were driven entirely via digital outreach, Luz said. That was in part due to Panera introducing the idea to customers by telling them the free coffee subscription offering was contingent upon getting more than 500,000 people to vote for it on Twitter.

The company is not stopping there. To build on the initial promotion, it is also offering unlimited free coffee until Halloween for current subscribers who refer family and friends, with those same family friends also getting in on the deal.

Panera is also working with creative agency Goodby Silverstein & Partners on a campaign for the coffee subscription.

Meanwhile, the restaurant chain is also putting new items on the menu, and is rolling out its first batch of innovations such as a teriyaki chicken sandwich.

Panera also simplified and streamlined its menu, with 40% fewer items, while keeping fan favorites such as its French onion soup, according to Luz, which is still available for group orders.

The menu is also becoming more seasonal to take advantage of the time of year certain ingredients are at their best.