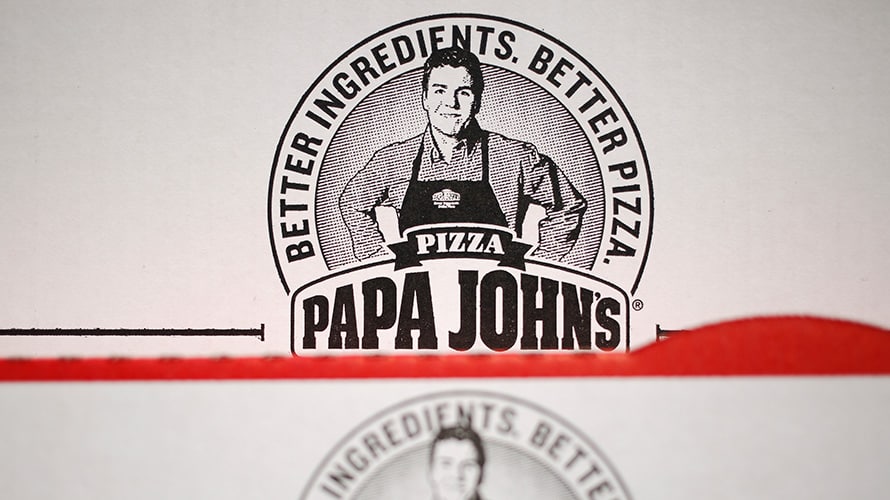 John Schnatter stepped down as the chairman of the Papa John's board on Wednesday. Getty Images

What’s Papa John’s without the Papa himself in question? We’re about to find out.

John Schnatter, founder, former CEO and chairman of the board for Papa John’s pizza, stepped down from his formal position within the business on July 11 after it was revealed he used the N-word and made other racially-charged statements. (Schnatter later confirmed that the allegations were accurate.) Forbes initially reported the alleged remarks, which the magazine said occurred during a phone call with marketing agency Laundry Service, the former agency of record for Papa John’s.

Within hours of the news coming to light, Papa John’s announced that Schnatter would be resigning from his post as chairman of the board. This move came just months after he stepped down as the company’s CEO in December 2017 after he blamed declining pizza sales on the national anthem protests that had been occurring during several NFL games that fall during an earnings call.

Now, the company he’s left behind is faced with the task of rebuilding not only its reputation but the brand itself. This isn’t a case of a faceless founder or chairman leaving a company: Schnatter’s presence is ingrained in the Papa John’s brand identity. His photo was plastered on its marketing materials, he appeared in Papa John’s television commercials. He is Papa John.

Putting a person at the center of your brand means you're putting your brand equity in the palm of their hands.

Not only is Papa John’s now venturing forward without him at the helm, the brand is likely hoping to move in a direction that separates his image from the company he created.

“They need to take swift action to try and extricate the Papa John’s imagery of the man and start to figure out what Papa John’s is as a brand outside of the person,” Mimi Chakravorti, executive director of strategy at Landor, a strategic brand consulting and design firm, said. She also thinks that this could be an opening for Papa John’s to go in a different direction. She added, “I think it’s an opportunity for them to figure out what their brand is going to be about, now that the founder is not so close to them anymore.”

However, taking advantage of this opportunity may not come so easily to a brand whose founder was the face and namesake of the brand and who was subsequently ousted after numerous racially-charged scandals. It’s easy enough to wipe him from the promotional materials and take ads featuring his face off the air, but in the end, it’s still his name on the pizza box.

A name change is an option, but should only be used in the most dire of circumstances, Chakravorti said.

“If people think of it as a pizza company that has a strong founder within it, then I think if it’s primarily a pizza company, there is an opportunity to still retain the name,” she said. “Any time you take a name change you lose a ton of brand equity, recognition, and it takes a while to build up brand equity.”

Britt Bulla, the senior director of strategy at branding firm Siegel+Gale, said that now is the time to take the focus off of a personality and put it back on the product itself. “They’ve let this personality overshadow what they’re there to do,” he said. “They’re a franchise network that makes pizza for people. They believe in better ingredients, better pizza. It’s about the goodness in the craft; it’s not about this guy.”

Of course, Schnatter’s departure is only the beginning. In the age of social media, a brand will be held more accountable than ever for its actions. Papa John’s could face questions on Schnatter’s past and the remarks he made from its consumers. As Bulla said, “If those things come up, they’re going to have answer truthfully and quickly.”

A transformation seems ripe to take place in this scenario, and Chakravorti said it’s not one that should be “taken lightly,” and requires some “soul-searching” on the part of the Papa John’s team. “Inaction is the worst thing that could happen,” she said.

Said changes, according to Bulla, are overdue. He said that focusing more on the pizza and less on the person leading the company will be a positive change for them. “They can go back to what they say they’re all about,” he said. “That is, better ingredients, better pizza and a pizza family. You can tell that story without talking about ‘dad.'”

Bulla also adds that these recent events could serve as a warning to other brands. Putting a person at the center of your brand means you’re putting your brand equity in the palm of their hands.

“That gives you risk,” he said. “You’re hoping and you’re wishing that the person you’re handing your brand off to will act in the best interest of the brand.” In the case of Papa John’s, that was a risk that didn’t pay off. But it doesn’t have to mean the end of the pizza chain, he said.

“This was a decision to make him part of the story,” Bulla said. “Now they’re seeing the risk of that made real to them. Can they go back from that?”