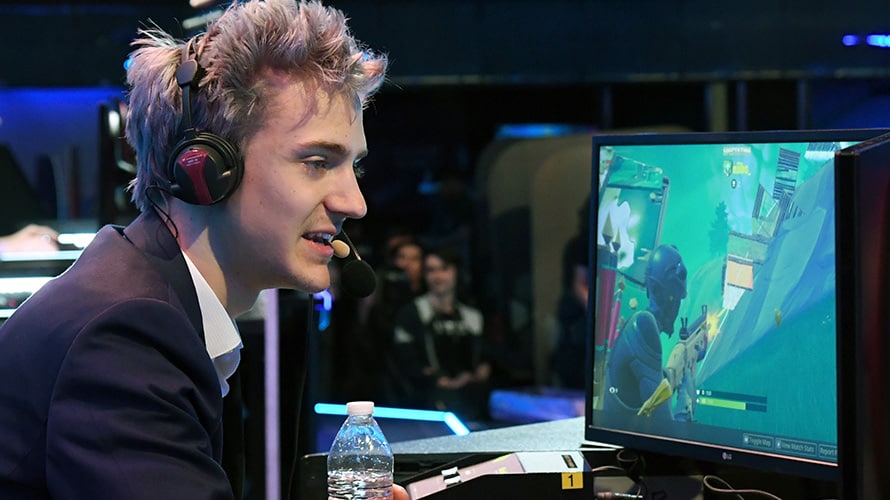 Tyler Blevins, known as "Ninja," says his audience feels a connection to him in part because he is live 12 hours a day. Getty Images

Tyler Blevins, better known by his alias “Ninja,” is a 27-year-old gaming phenomenon who has cultivated a mass following on the livestreaming platform Twitch. Blevins, who has more than 5 million subscribers on the site, brings in $500,000 a month for livestreaming himself playing Fortnite, a popular survival game that has seen tremendous popularity thanks in part to its low-cost model.

Adweek recently spoke with experts who weighed in on the plethora of marketing opportunities around live-gaming. Meal-delivery service Uber Eats just announced a partnership with the Chicago-based gamer, which will provide Blevins with the opportunity to order from the service as well as “unlock Eats credits, promos and rewards for his streamers” as he reaches milestones in the game, according to the company.

Adweek spoke to Ninja about what makes games like Fortnite a rich advertising opportunity and why streamers are eager to emulate him.

Adweek: How do you decide what brands you’ll partner with?
Tyler Blevins: I go with brands that are known. At this point, when you think of getting food delivered, hands down you think of Uber Eats. I also already used Uber Eats, so I go for things that are natural for me—it’s easy to advertise and push something I already use.

Do you see opportunities for product placement in the game itself, for instance a Coca-Cola vending machine players could mine for materials?
I think it’s all about keeping the integrity of the game, so there would be nothing wrong with adding a Coke machine as long as it doesn’t change things and people can still play and enjoy the game. Epic deserves to reap the benefits, through advertising deals, of having created this game. I don’t think there should be massive adverts, though, for instance in the in-game cities. But, so far I think they’ve done a great job with little things—if you’ve checked the new updates, for example, they changed the grenade launcher to launch fireworks for the Fourth of July. They can do sponsorships or implementations like that for a short period of time.

Why do you think partnering with big-name gaming streamers is a good way for brands to get their name out there?
I think that what streamers have is a direct connection to their audience. Imagine if LeBron James or Michael Jordan could interact directly with their audience every time they went to work. Streamers are replying to their viewers and talking to them and that’s what a streamer does every day. Even though I’ve gotten larger I still do what I did a year ago, which is interact with fans and create direct connections. People are already in your stream because they relate to you. There is a deeper connection with streamers and viewers than any other celebrity or influencer—I’m live 12 hours a day, that’s half my day I’m sharing with millions of people.

Because of this connection, my fans want to know what mouse I use, what keyboard, what headphones—they want to use what I use. It’s important for it to be natural so I won’t use something I don’t like. There really is guaranteed interaction, so brands will 100 percent get their money’s worth out of popular streamers.

What demographics should advertisers be targeting when marketing to streaming viewers?
I don’t think there’s any limitation; it’s just about the person more than the demographic. I’ve done stuff with Bud Light, but do I want to take on a beer sponsor knowing most of my community is younger kids who can’t drink? There are still a lot of people over 21 who watch. You’re never going to hit your exact target audience.

What other partnership offers have you had?
I have an amazing partnership with Red Bull. I also partnered with PSD Underwear and we just launched a line of Ninja-themed underwear, which you can check out on my Instagram.