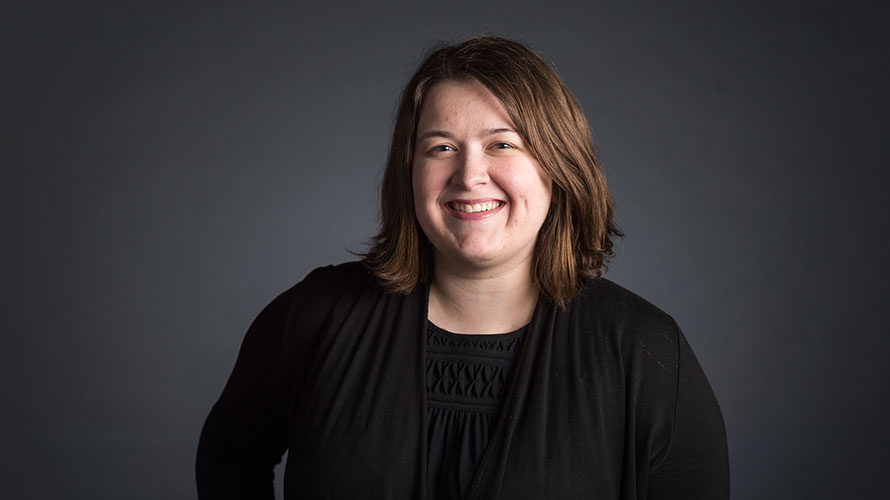 Organic Valley punked New Yorkers with a pop-up shop that sold only half-and-half, put fitness trackers on its cows (they take more steps in a day than most people do!), saved the “bros” from chemical-laced muscle milk and introduced consumers to its “long-haired, shoeless, hippie” farmers in witty campaigns from agency Humanaut.

Kruempel, a social and digital media maven, will take the stage at Challenger Brands: A Brandweek Event, Feb. 6-7, in New York.

Ahead of that gathering—which will feature C-suite executives from StubHub, Harry’s, Bombas and Peloton, among other companies—Kruempel spoke to Adweek about corporate-run agriculture masquerading as family farming, being a billion-dollar underdog, writing her own marketing playbook and livestreaming pasture tours.

Adweek: What’s your most significant advertising challenge in 2019?
Leslie Kruempel: Standing out from what we consider the “goodwashing” crowd: brands that talk a big game about the good they’re doing in the world, but don’t necessarily back it up with their actions. So many brands are trying to create a values-based marketing story without truly being a values-based company. But it’s hard for consumers to distinguish between the two.

How do you continue to fight the greenwashing trend?
Greenwashing/goodwashing is incredibly pervasive. It’s hard to keep up with what brands are owned by which companies these days. We’re seeing consolidation in the food industry both on the farm side and on the brand side. As the smaller, independent natural/organic food companies are purchased by large corporations, do they still maintain the values that made them the brands we love?

"We’ve always been straightforward about who we are and why we do what we do. Now we’re focused on continuing to be straightforward, but in a more compelling and entertaining way."
-Kruempel

We are fighting that trend by creating ad campaigns like “Call Us Crazy.” We’ve always been straightforward about who we are and why we do what we do. Now we’re focused on continuing to be straightforward, but in a more compelling and entertaining way. We don’t have the ad budgets of large corporations, so we need strong content to propel our messages forward.

In what ways do you see your current umbrella campaign (“Call Us Crazy, But It’s Working”) evolving in the future?
“Call Us Crazy” has shown us that people are inspired by the underdog and the stories of how—and why—we do business differently. We really just scratched the surface of how business can be different and how farming can be different with this first iteration of the campaign. We have more stories and deeper stories to tell moving forward.

The epitaph for the American farmer had already been written—but apparently, it was premature.
You know, that is kind of our cooperative’s origin story. The late ‘80s, when our cooperative was formed, was a time when small farms were going out of business in record numbers. And the same thing is happening today, especially in the dairy industry. The American farmer will always exist. The question is: Will it be family farms that grow food and raise animals on a human—and humane—scale? Or will it be corporate-run, chemical industrial agriculture? We believe there is a lot at stake if agriculture continues to move in the second direction—chemical contamination of our land and water, crumbling rural economies and a lost connection to the land and traditional wisdom. The problem is that most people don’t know these things are at stake, or they don’t feel it because it’s so removed from their day-to-day reality. That’s why juxtaposition is so important in the “Call Us Crazy” campaign. We have to show people both the problems and the solutions.

How do you go about weaving the co-op’s mission into its communications and messaging? How has that changed over time, both in how you’re presenting it and how it’s received?
We used to say we wanted to “get caught doing good,” which fits with our values of who we are as a farmer-owned co-op. But now that we’re competing with so many other brands on the shelf and in the news cycle and newsfeed, we need to be the ones telling the story of the good we’re doing. Our messaging has centered on our farmers: as the owners of our business, the producers of our food and the reason we exist. In the past, we’ve communicated that by getting farmers out to sample products at stores, opening our farms for public tours and having them serve as media spokespeople. We’re still doing those things, but we’re also bringing that farmer-consumer connection into the digital age with things like Instagram takeovers, ‘Farmer Facetime’ at trade shows and livestreams of our farm tours.

"When you talk about ad frequency, ad recall and brand awareness, we’re up against giants. But we have something those other companies don’t have."
-Kruempel

What’s the toughest aspect of being a challenger brand, especially in a fast-growing category where there have been a lot of acquisitions?
We are an independent food business and a brand-driven farmer-owned cooperative, which makes us unique on two counts. We don’t fit neatly into any box, and there isn’t a playbook or set of “best practices” we can follow to be successful, because our version of success is different than other companies’. As competition grows in our categories, we’re forced to compete with some very deep pockets that aren’t focused on returning profit to farmers or even on long-term financial sustainability. They’re playing by an entirely different set of rules than we are.

When you talk about ad frequency, ad recall and brand awareness, we’re up against giants. But we have something those other companies don’t have. We see a path to creating positive, lasting change in the world and believe business can be an engine for that change. And we know there are a lot of people who want to join us on that path. So yes, it is a challenge, but it just means we have to stay true to the scrappy, grassroots, idealistic spirit that we started with 30 years ago.