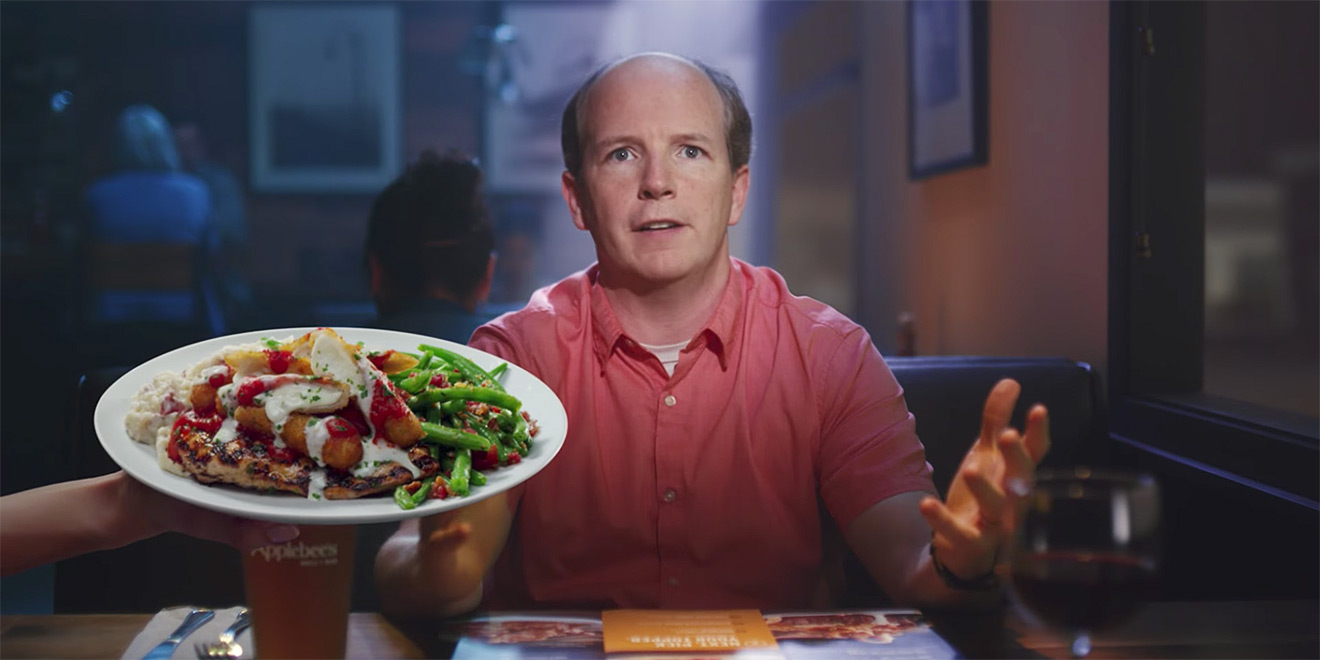 Applebee’s devoted all of its national broadcast placement budget to a series of ads introducing its new menu. Applebees 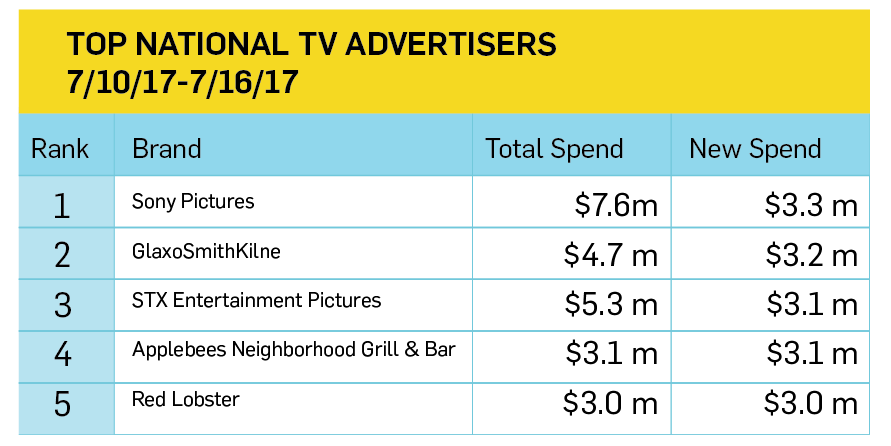 Of that, the company spent nearly $1.4 million on placement for a new trailer hyping Spider Man: Homecoming as “the No. 1 movie in the world.” The studio spent nearly as much on a new trailer promoting the July 28 release of The Emoji Movie, devoting $1.3 million to place its latest trailer. New trailers for The Dark Tower and Baby Driver received more modest spending of around $404,000 and $275,000, respectively. Sony Pictures spent over $7.5 million overall on national broadcast placement.

Spiderman 717 from Kantar Media US on Vimeo.

Emoji Movie 717 from Kantar Media US on Vimeo.

British pharmaceutical giant GlaxoSmithKline (GSK) spent nearly as much as Sony Pictures on such placement, devoting $3.2 million of its overall national broadcast budget of nearly $4.7 million to new ads. Of that, GSK spent $414,000 on placement during NBC’s America’s Got Talent, more than any other programming.

GSK concluded a review of its global advertising, marketing and PR a year ago by consolidating with nine agencies. Grey, Saatchi & Saatchi and Weber Shandwick split advertising duties. A media agency review launched the previous year resulted in GSK remaining with incumbents PHD and MediaCom.

GSK 717 from Kantar Media US on Vimeo.

STX Entertainment Pictures spent $3.12 million, or around 59 percent of its overall broadcast placement budget for the week, on placement for a new trailer promoting the July 21 U.S. release of sci-fi comic adaptation Valerian and the City of a Thousand Planets. Of that, the studio devoted $209,000 to placement during NBC’s World of Dance.

Valerian 71017 from Kantar Media US on Vimeo.

STX Entertainment Pictures just narrowly beat out the next advertiser on the list, Applebee’s, which devoted $3.1 million, the entirety of its national broadcast placement budget last week, to a series of ads introducing its new Topped and Loaded menu. Of that, the casual-dining chain spent $344,000 on placement during America’s Got Talent. The campaign, which launched July 10, also includes local TV, online video, internet and mobile display ads.

Applebee’s selected Grey as its new agency of record in March, its third AOR in less than two years. The same month, the DineEquity chain named John Cywinski as its new president.

An agency spokesperson confirmed that Grey worked on the ads to promoting the new menu, adding that the agency’s first full brand campaign is expected some time this fall.

Another casual-dining chain rounds out Kantar Media’s list. Red Lobster spent almost all (99 percent) of its national broadcast placement budget for the week of just over $3 million on placement for a new ad promoting its annual Crabfest event. Of that, Red Lobster devoted $258,000 to placement during NBC’s The Wall game show.

As with Applebee’s, the Golden Gate Capital-owned chain also aired ads on local TV and rounded out its campaign with online video, internet and mobile display ads.

Red Lobster 71017 from Kantar Media US on Vimeo.