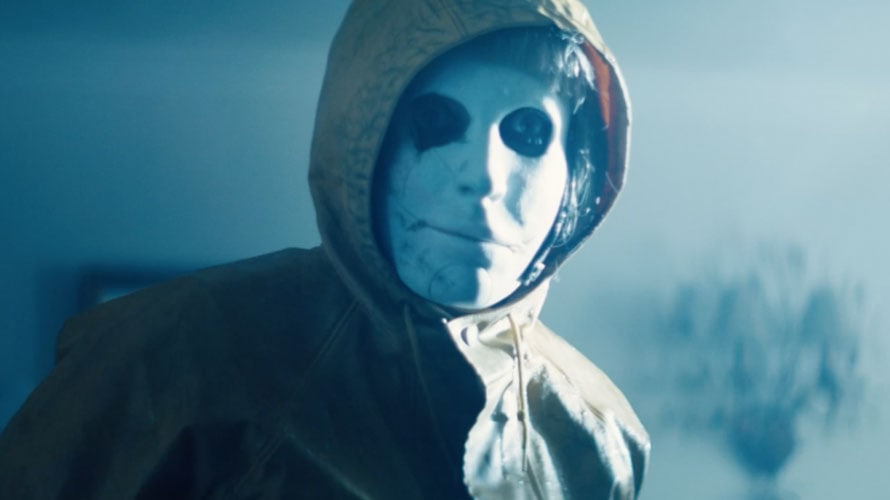 Olay's as promises to be one of the creepiest in the Big Game. Olay

Olay’s Super Bowl spot is shaping up to be as scary as the initial teasers promised.

A new 30-second teaser of the spot shows actress Sarah Michelle Gellar rubbing on Olay moisturizer as a (very) creepy masked man watches her outside in the rain. In the next shot, she sits on a couch as mysterious noises start to sound from within the house. Ominous words appear on the screen: “It will watch you—and keep watching—until your time is up.” Chaos begins to ensue as the intruder gets closer: Gellar and her male companion scream and popcorn goes flying as the two run around the house to hide.

The ad, fittingly called “Killer Skin,” marks a rare brand use of horror during the Super Bowl. The unique approach is part of why Gellar—a horror veteran herself, with films like I Know What You Did Last Summer and Scream 2 to her name—wanted to be a part of it.

“I thought the concept was really fun and just such a great twist,” Gellar told Adweek. “All you ever want to do in your life as an actor is have these moments that people remember. When I read this, I thought, ‘Oh my god, this is going to be the kind of commercial that people remember and talk about the next day.'”

The full spot will also be 30 seconds long and will run during the first quarter of the game. Saatchi & Saatchi is handling the creative for the creepy commercial.

In addition to its first Super Bowl ad, Olay is also planning on the ground activations, with the help of its “Fearless Squad” members (which include Aly Raisman, Kay Adams and Gellar). These women will be watching the game seated in an Olay-sponsored box in Atlanta’s Mercedes-Benz Stadium.