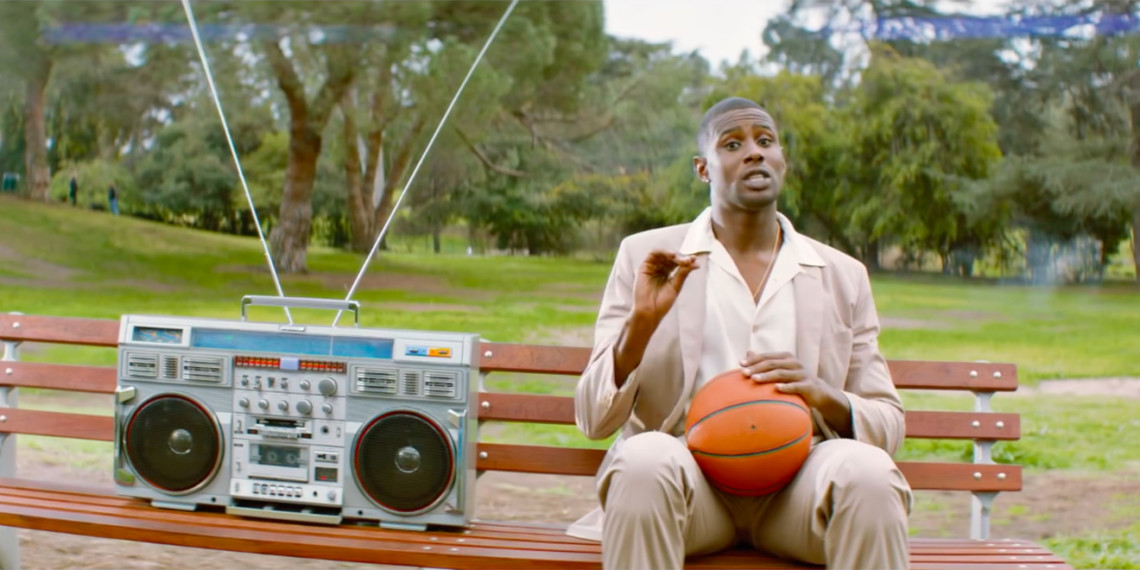 A breezy, two-minute musical spot, “Smaller,”timed to coincide with the NBA playoffs, celebrates the league’s “small ball” players — guys who aren’t giants by the game’s standards, but triumph by maximizing their own special skill sets.

And what better to way to celebrate their indomitable spirit than by reworking Skee-Lo’s 1995 hip-hop smash “I Wish”?

In the original song, the singer bemoans that he’s too short to compete on the court and, consequently, inferior in various other aspects of his life. The ESPN rewrite, also performed by Skee-Lo, inverts that notion, with lyrics that praise small-ball style.

You might have noticed some of the NBA’s biggest “small” men—Steph Curry, Chris Paul, Terry Rozier and Kyle Lowry—featured in the mix. Skee-Lo makes a cameo too, but the red-shirted dude who gets most of the screen time is 6-foot-8-inch actor Paul Crawford, who actually played football as a taller-than-average defensive end. Life got ya down, big guy?

“Working with Skee-Lo was such a fun experience,” says Droga5 Group Creative Director Brandon Pierce. “The ‘Smaller’ track ended up being two days of collaboration in the studio. We’d throw out some lines, and he’d refine them, build on them and make them his own. On set, he was awesome and really helped us get the nods to his original music video honed in.”

Lest baseball fans feel left out, ESPN also dropped a commercial with a bunch Major Leaguers adoring their bats with kisses caresses and, in one case, a good lick:

Careful, buddy, tongue splinters can probably put a guy on the disabled list.

Overall, the work represents a solid first swing for Droga5 and ESPN. Sports and popular culture are so intrinsically and unbreakably intertwined that the team can surely generate plenty of wins from this kind of game plan.

“Sports give us what we need, when we need it: inspiration, connection, escape,” says ESPN’s senior vice president of brand and marketing solutions, Sean Hanrahan. “It also provides relatable metaphors that help us better understand the world around us.”