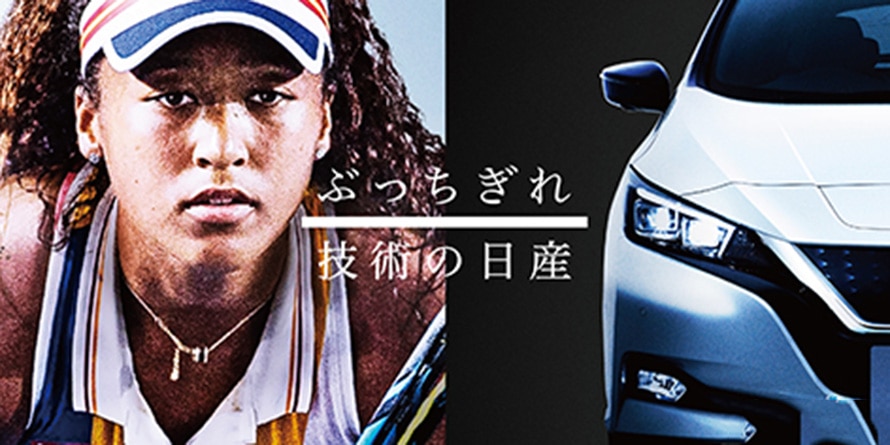 Osaka will appear in ads for Nissan. Nissan

“This week has been a dream come to life, and I’m so honored to represent Japan and Nissan on the world stage,” Osaka said in a statement. “I was drawn to partner with Nissan because of its strong Japanese DNA and global competitive spirit.”

Nissan plans to feature 20-year-old Osaka in ads and “support her activities as a tennis player,” which will include transportation in the company’s cars during her tour, according to a release.

“With a combination of grit and grace, Naomi Osaka is not afraid to take on the best tennis players of our time and win,” said Asako Hoshino, svp at Nissan, in a statement. “This is the same spirit of performance that Nissan has embodied throughout our history.”

Hoshino added that Nissan also defied odds recently with sales of its electric vehicle, the Nissan Leaf, which has become “the best-selling electric vehicle in the world.”

“Just like Naomi, Nissan is just getting started,” said Hoshino.