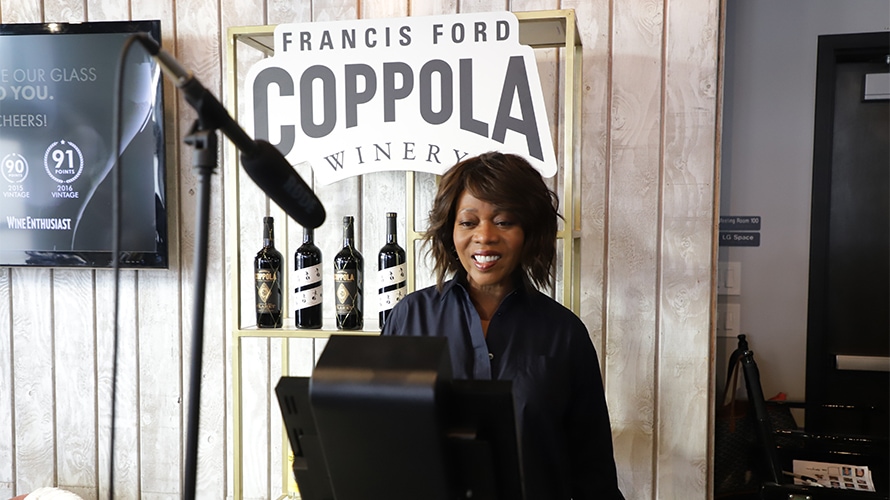 Ahead of Francis Ford Coppola’s 80th birthday this coming April, The Family Coppola wine brand used the 2019 Sundance Film Festival to give fans the opportunity to send well wishes to the filmmaking giant.

The brand, which is now in its third year as the exclusive wine sponsor at Sundance, wanted to celebrate Coppola’s independent, adventurous spirit with an interactive activation at the festival.

Those who post messages, which are part of a campaign centered on the theme of risk—aligning with the festival’s own of “Risk Independence”—also have the chance to enter to win a trip to one of the global lifestyle brand’s resorts in Argentina, Belize, Guatemala or Italy. The risk? They don’t know which resort it is, said Jennifer Leitman, evp of marketing for The Family Coppola.

Also, on-site at the festival, the Coppola brand offered Sundance-goers a game of risk in the form of a ring toss. Winners who managed to loop one of the Francis Ford Coppola Winery’s premium bottles got to walk away with Coppola branded mismatched socks (Coppola reportedly wears different socks).

Leitman pointed to the legendary director’s many and varied risks throughout his life: Filmmaker. Food, Wine and Spirits Maker. Destination Creator. Cannabis Product Producer. These and more demonstrate Coppola’s appetite for risk-taking, Leitman said. She takes the point further, taking the example of some of Coppola’s films whose decision-making ensured classic film status.

“On Apocalypse Now, he poured millions of his own dollars into the film—so it had to work,” said Leitman.

And his role as vintner: “We were the first ones to come out with canned wine in 2005—and that was a risk,” she says.

That type of spirit has had a trickle-down effect on the brand. “Everything we do is really about innovation, originality and putting your best foot forward—and taking a risk,” said Leitman. “It’s the only way you are going to win.”

Beyond the festival, the campaign will run through April on CoppolaRisk.com where people can share their risk-taking on their own. The videos will be edited and shared with Coppola on his birthday on April 7 and distributed on the brand’s social media platforms, including Facebook and Instagram.