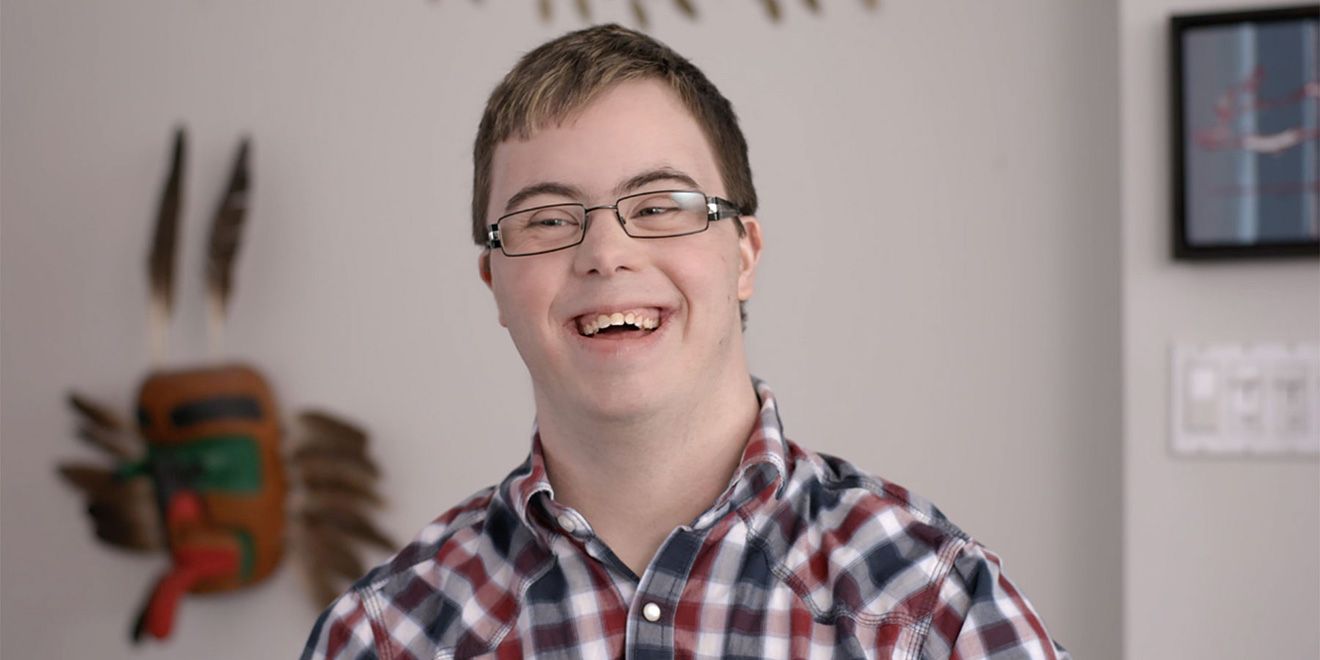 Word to the wise: Never say you’re sorry when a baby is born with Down syndrome.

The Canadian Down Syndrome Society delivered that message last year in “Anything But Sorry,” a memorable campaign featuring young people with the genetic disorder who explained—in funny, frequently profane fashion—why, in their community, “sorry” is often a word best avoided.

Now, ahead of World Down Syndrome Day on Wednesday, the stars of last year’s ads return, doubling down in spots that, at times, mimic content ratings to warn against “the S-word.”

They point out that you’ll get lots of other chances to say you’re sorry as you go about the business of life—for example, when you forget somebody’s birthday, arrive late for an important occasion or take the last slice of pizza.

Save “sorry,” they say, for times when you really mess up.

“The main campaign idea has remained the same” from last year, says Nancy Crimi-Lamanna, co-creative chief at FCB Canada, which developed the push. “But this time, we came at the problem differently, turning our attention to how we could use media in a creative way to reinforce the same message and behavior. This led us to target the most popular YouTube videos with the word ‘sorry,’ and intercepting them with a warning about so-called ‘inappropriate’ language: the ‘S word.'”

So, beyond the video above, the agency created brief pre-rolls. These will play before videos including Justin Bieber’s “Sorry,” Demi Lovato’s “Sorry Not Sorry,” clips of Denver the Guilty Dog and various movie trailers. Bieber and Lovato also show up in a CDSS-branded Spotify playlist of songs deemed “inappropriate” because “sorry” appears in the lyrics.

“We embraced the fact that pre-roll is fast, so the ‘S Warning’ concept, like a real language warning, was designed to be consumed quickly as a 6-second bumper or 15-second pre-roll,” says agency co-creative chief Jeff Hilts. “Rather than seeing the fast nature of pre-roll as a handcuff, we turned it into a creative opportunity to make as strong an impact in less time.”

Some of the campaign’s performers debuted in ads for the CDSS in 2016, starring in the group’s Cannes Lion-winning “Down Syndrome Answers” initiative.

Understandably, these efforts have been widely praised, and the creative team believes that hyper-focusing on “sorry” as a bad word speaks volumes about broader concepts such as acceptance, dignity and love.

“By focusing on one thing—educating people on why ‘sorry’ is a bad word—we felt we’d have a better chance of changing the behavior,” says Hilts.

“Parents frequently cited the negative reactions of people pitying them and their new baby as being the most hurtful type of comment they received,” adds FCB strategy director Eryn LeMesurier. “‘Sorry’ was a word that really summed up these types of negative reactions that parents wanted to change.”

UPDATE: Some folks have pointed out similarities with this YWCA campaign. Fair enough. Actually, the whole “ratings” play itself has been done many times for different clients. In the ad game, there’s no such thing as “O” for original.