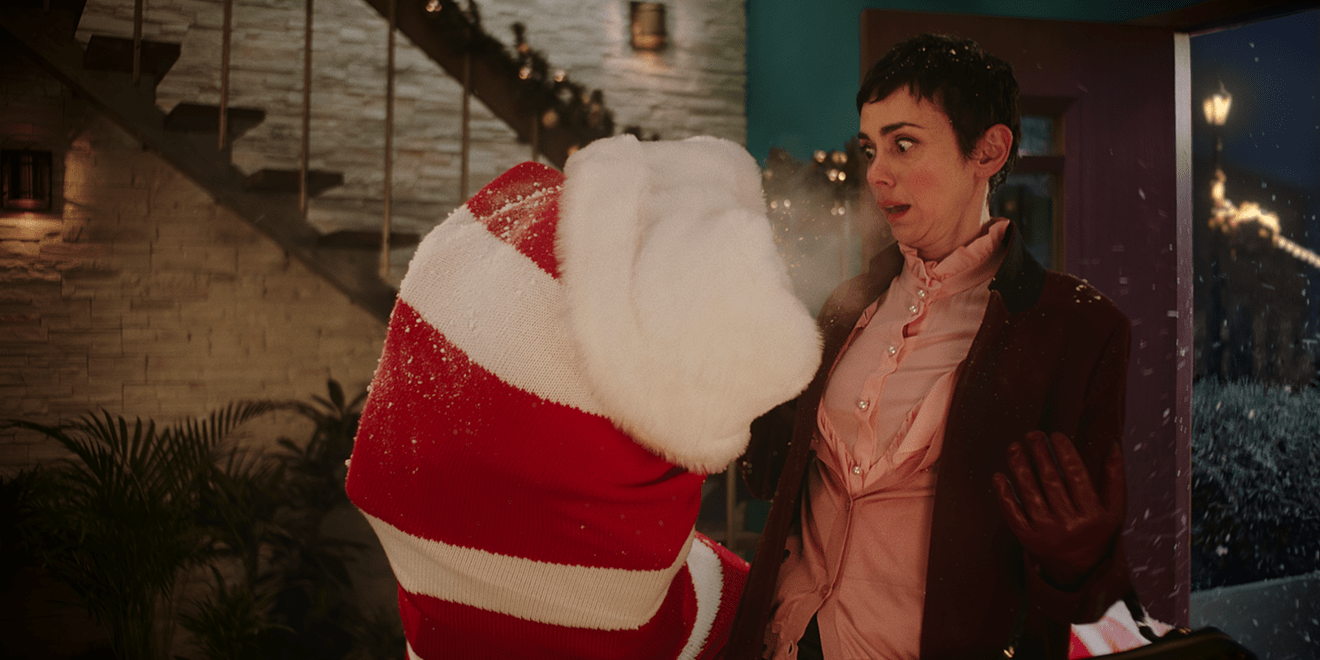 A lucky woman finds a special stocking on the store’s shelf before discovering that the cartoonishly long holiday hosiery has some questionable manners. TK Maxx

The competition is heating up for the British holiday advertising season. We’ll be treated to a steady drip of cute animals, driving carrots and, apparently, Elton John.

While some retailers in the U.K. lean on a warm, fuzzy formula, TK Maxx tends to go a little off-center—and this year, the company chose a stocking that burps out gifts as its festive avatar.

Voiced by Bill Nighy, the ad by Wieden + Kennedy London is some welcome theater of the absurd.

A lucky woman finds a special stocking on the store’s shelf and, upon taking it home, quickly discovers that the cartoonishly long holiday hosiery has some questionable manners. But it’s perfectly OK in that our digestively-challenged friend is, in fact, merely spraying good cheer in the form of gifts all year long.

While it’s not exactly a holiday song, Jose Norman’s rendition of Cuban Pete serves as an admirable audio backdrop and a perfect counterweight to Nighy’s dry, droll delivery.

The ad is also an excellent, direct connection to an activation in which TK Maxx will hide a limited number of “neverending stockings” on store shelves in the U.K., Ireland, Germany, Poland, Austria and the Netherlands, as well as and online starting tomorrow. Those who find the prizes receive monthly gifts throughout the year.

“We have worked together with all our agencies to create a campaign that is beyond a straight broadcast message. Rather, it aims to engage with our shoppers in an experiential and engaging way,” says Deborah Dolce, TK Maxx group brand and marketing director.

TK Maxx and Wieden have carved out a pleasing niche with their holiday offerings focusing on their position of “Big Gifts. Small Prices.” Last year, the brand promised a snowy Christmas to anyone who found a unique, hidden snow globe, and in 2016, the ads were filled with all manner of loopy derring-do.