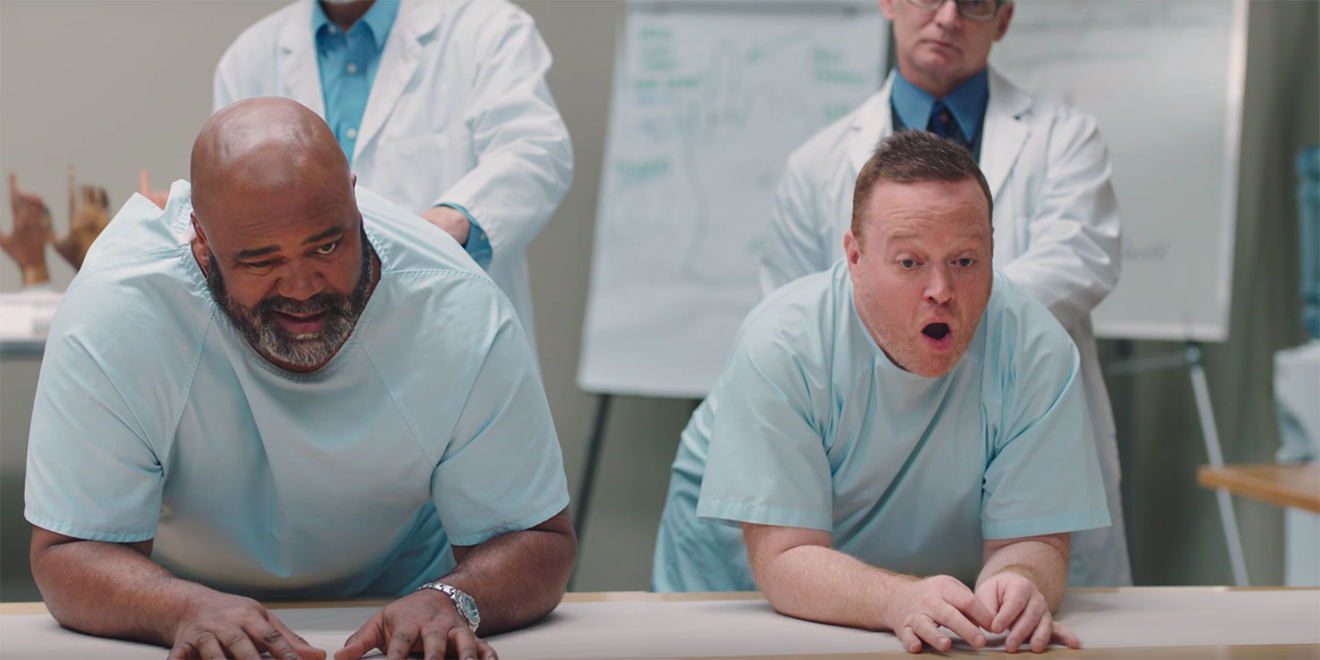 Men often seem uncomfortable about a prostate exam, despite the fact it’s a quick and easy way to potentially save their lives.

Maybe the problem isn’t discomfort so much as a lack of “manly” options for prostate-probing fingers. That’s the insane premise behind this Canadian PSA, which introduces the (fictional) “Famous Fingers Collection” of latex gloves, letting men experience the subtle sensations of being examined by great figures from history, literature and even Norse mythology.

There’s a Winston Churchill finger, a Genghis Khan finger and even a Thor finger (which sparks the question, “Is that two fingers?”). Created by McCann Canada and directors Ben/Dave of Partners Film for Prostate Cancer Canada, the “Famous Fingers” PSA is certainly one of the more unexpected cancer-prevention ads you’ll see this year … or ever.

“It’s about normalizing the conversation around prostate exams and stressing the importance of detecting prostate cancer early,” says Peter Coleridge, president and CEO of Prostate Cancer Canada. “We know that men are uncomfortable with the idea of getting their prostates checked, but early detection can save lives. Any alternative to being examined by your doctor is quite absurd, which the campaign captures perfectly. Would you prefer to have your prostate checked by your doctor, or by Big Foot? We’ll let you decide.”

The nonprofit says one in seven Canadian men will be diagnosed with prostate cancer in their lifetime. The disease is relatively easy to catch and treat in its early stages if men get regular prostate checks.

In addition to the video, the campaign includes newspaper ads, bar posters, radio and PR.

“Men aren’t talking about prostate health. They’re not fascinated by it the way they are with sports, movies and music,” says David Leonard, CEO of McCann Worldgroup Canada. “So, we’ve combined the thing that they don’t like to talk about, with the things that they do, to create a humorous and fun way for guys to start thinking about their prostate health.”

The campaign site is definitely worth a visit, if for nothing more than the bizarre copywriting describing each finger:

“Genghis Khan: His finger conquered China. Next up, your prostate?”

“Frankenstein’s Monster: His finger frightened the villagers. Next up, your prostate?”

“Paul Bunyan: His finger tamed the blue ox. Next up, your prostate?”

If those don’t make your doctor seem like a reasonable option, gentlemen, what possibly will? 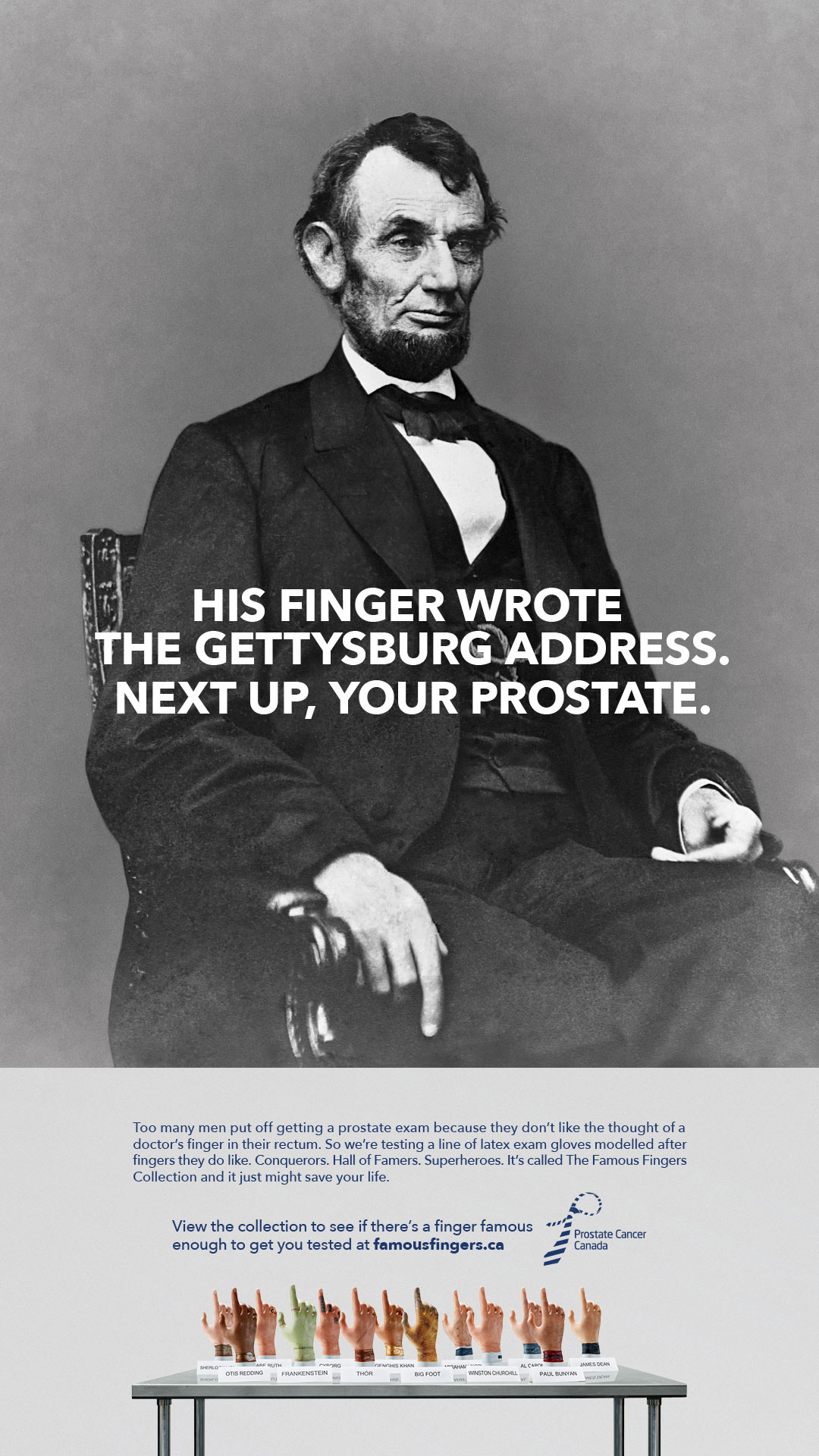 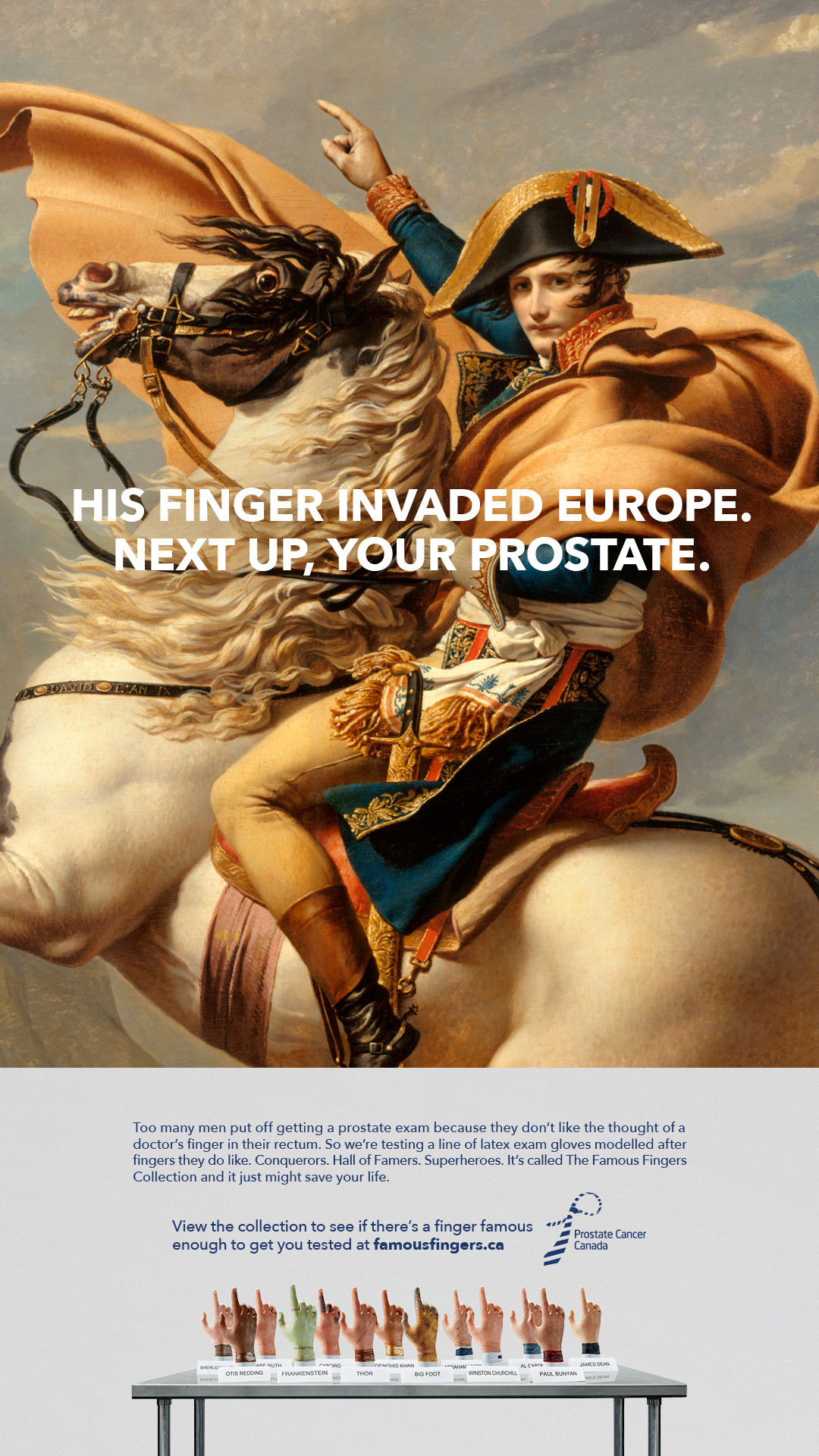 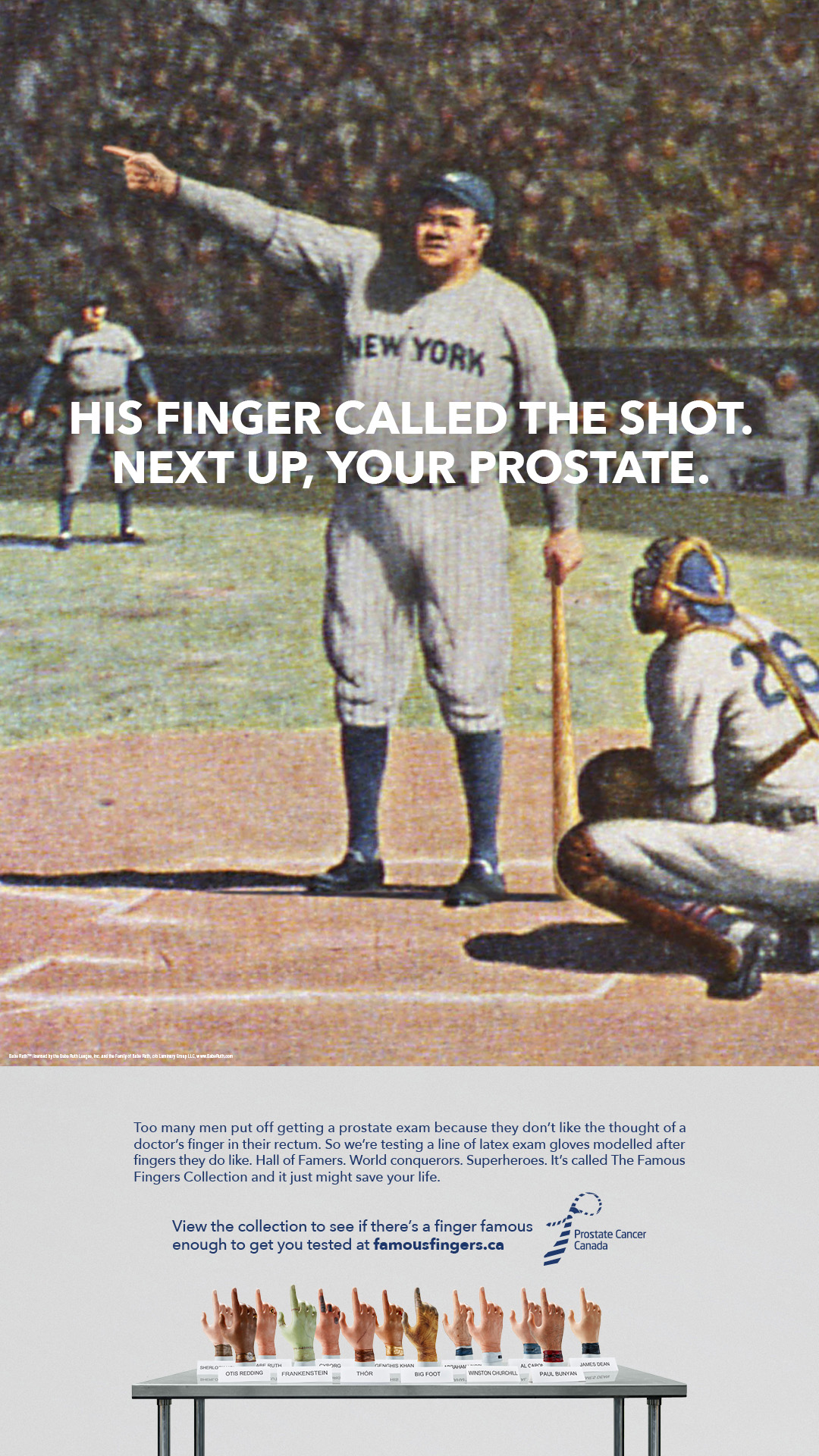