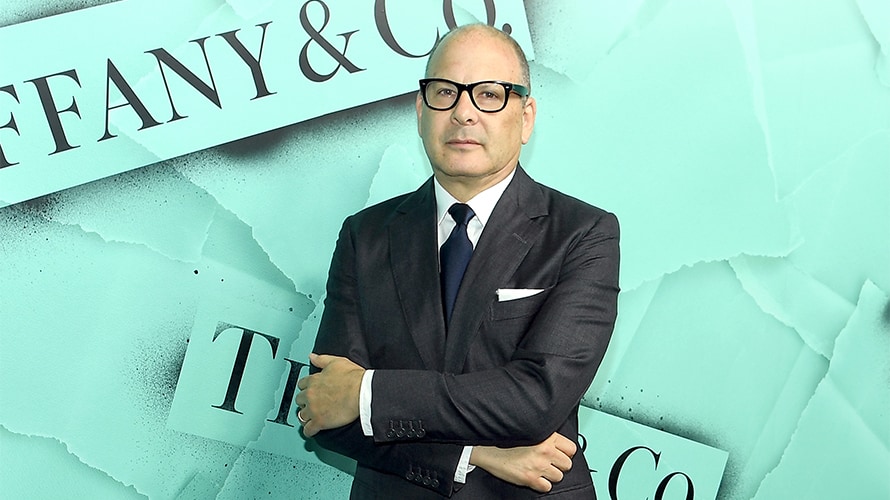 Krakoff is tasked with helping to bring the brand into the future. Getty Images

CANNES, France—When it comes to storied brands, few can rival Tiffany & Co. Since its establishment in 1837, the jewelry brand has had a rich history and is memorialized in pop culture thanks to both the book and film Breakfast at Tiffany’s. The brand has even commandeered a color of its own: the robin’s egg-hued Tiffany blue.

But legacy without innovation isn’t enough to carry a brand in 2019. That’s partly the job of Reed Krakoff, Tiffany’s first chief artistic officer, who’s tasked with helping to bring the brand into the future.

“Having this incredible blue box … [and] so much positive emotion from consumers around the world is a gift that we all dream [of],” Krakoff told Adweek today at Cannes Lions ahead of his panel discussion with with frequent collaborator Trey Laird of Laird+Partners. “The challenge is: How do you [move] forward without losing the essence of the past? That’s the magic question.”

With that history comes a great sense of responsibility, Krakoff says. When he started in the role in February 2017, he studied the brand’s archives, “going through everything I could get my hands on: products, marketing, catalog, imagery, stores, everything in the history of the brand.” Once he had absorbed it all, he put it away and focused on honoring that past while innovating for the future.

“It’s not a reinvention at all,” he told Adweek. “It’s just the next chapter on the history … what are those codes and cues that we can still leverage?”

Many times, the answer has been to take a piece of that Tiffany history and retool it for today’s customer. For their first visual campaign with the company for the Paper Flowers collection, Krakoff and Laird brought Elle Fanning and A$AP Ferg together in a new, extended version of the famed scene where Audrey Hepburn eats outside the store’s windows. This time, it’s Elle Fanning staring in the window in a hoodie instead of a dress, though still sporting the famed tiara. As “Moon River”—the tune made famous by the film—plays with Fanning on the vocals, A$AP Ferg’s voice comes over the speakers as the dreamy monochrome world turns to color (with plenty of Tiffany blue) as Fanning dances through the streets of New York.

This campaign is one of the first times Tiffany has referenced the film with which it’s so closely associated. The brand teamed up with Spotify (becoming the platform’s first luxury partner) to release A$AP Ferg and Fanning’s version of “Moon River”; the company also rolled out NYC cabs in Tiffany blue throughout the city.

“It became a way to take the history, the identity and all the iconography,and serve [it] up as a love letter to New York and all the fans,” said Laird during today’s panel.

Tiffany has brought its brand to life in other ways, including the introduction of the Blue Box Café in the brand’s New York City flagship store. During the planning stages, Krakoff wasn’t sure how the restaurant would perform, but today, it’s the most popular reservation to snag on Resy.

That experience proved how valuable the brand’s equity really was, Krakoff told Adweek: “The overwhelming love for the brand was undeniable.”

The next phase of Tiffany’s resurgence is all about the product, and in particular, the coming collections. Today, jewelry is considered more everyday wear than it used to be, according to Krakoff. And because of that, he said, “it’s a part of people’s wardrobes in a much more important way.”

That ethos will be reflected in the new collections, as well as other innovations Tiffany’s has coming down the pipeline: a men’s collection launching this fall, and more collections soon to follow. A new engagement ring setting, the Tiffany True, also recently made its debut in a campaign featuring real couples and set to the song “Is That Alright?” sung by Lady Gaga in A Star Is Born.

The contrast between the simple, soulful Gaga spot and the over-the-top, colorful Fanning spot shows the range Tiffany boasts in its new era. As the brand proceeds with its modern evolution, Laird said that it’s open to all sorts of paths to make it come alive to the modern consumer.

“This recipe is no recipe,” said Laird. “You have to be open to changing things and seeing what feels right, or taking a step back and seeing what doesn’t work and adjusting. It’s having a respect for the history and the heritage, but not being too reverential. You can’t live in the past; you have to move forward, but when you have something like Tiffany, you have to honor that legacy.”

Be sure to follow all of Adweek’s coverage of the Cannes Lions and sign up for our daily Cannes newsletter.