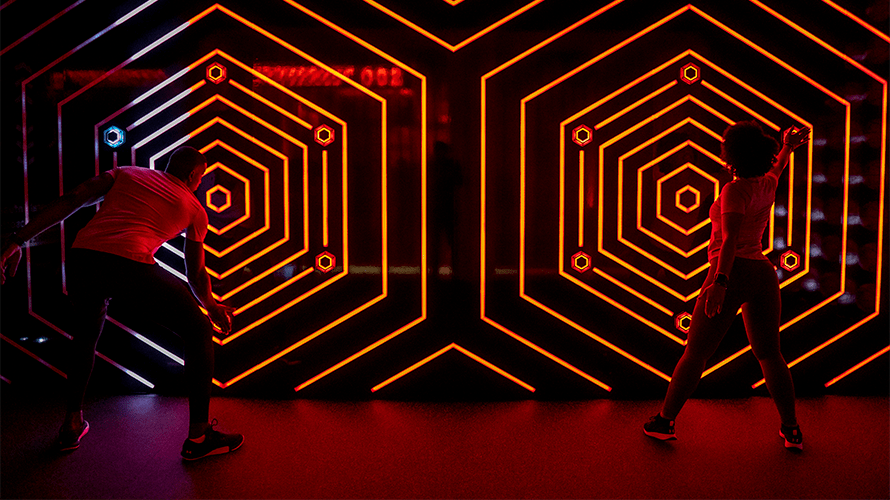 Under Armour is doing a weekend pop-up in NYC to showcase its Rush gear. Under Armour

Last month, Under Armour debuted its Rush line of clothing, which the company developed with the textile-tech company Celliant to turn athletes’ body heat into energy that resupplies their muscles. However, that’s not the easiest thing to explain. So Under Armour created a pop-up in New York City to walk people through it.

The activation—which Under Armour created with Giant Spoon—runs today and tomorrow in Manhattan’s SoHo neighborhood and is inspired by Under Armour’s Rush Performance Lab, where the brand’s top athletes go to train and test the latest equipment.

“I think any consumer that comes through here … understands the idea of 1%,” said Giant Spoon co-founder Trevor Guthrie. “The idea that in the elite world of athletes, that little bit of edge you can get can bring you from bronze to gold, so that’s also a part of it.”

The pop-up space is separated into zones, which illustrate different parts of the Rush technology. In the first zone, visitors can do a step exercise while an infrared camera shows on a large screen in front of them how their body heat increases over time. A second room lets them compete to press light-up buttons that show how energy can turn into light. A third room with a punching bag shows how that energy is released. 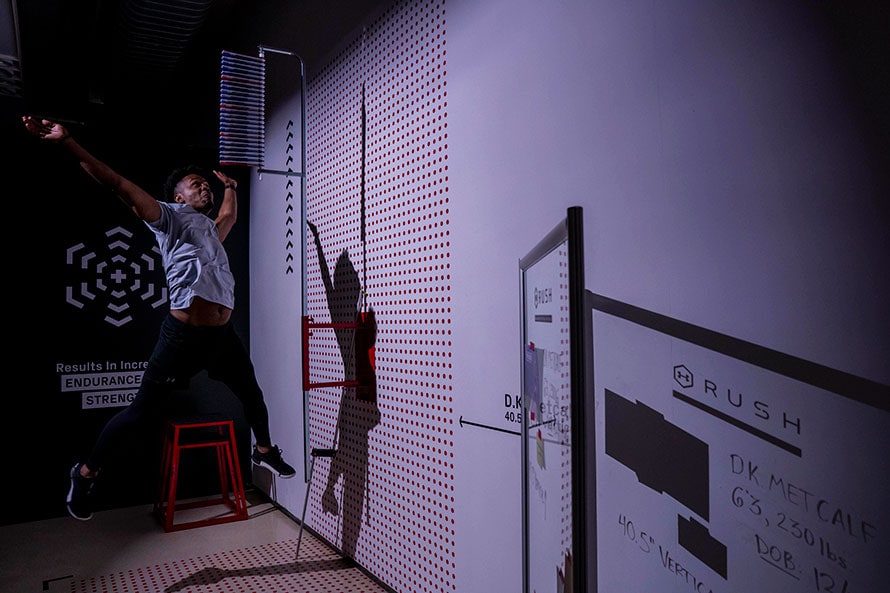 “It’s meant to to look like the Rush Performance Lab, and it’s inspired by those notes as you’re moving through it,” Guthrie said. “And you can see how there are lab elements that are in here, but there are high-tech elements in the apparel, and so how do we showcase it? You teach people as you move room to room.”

On Saturday morning, Under Armour will be holding a number of invite-only workouts inspired by the boutique gym craze, while trainers and a few brand-sponsored athletes will be on hand to talk with visitors.

According to Attica Jaques, Under Armour’s svp of global brand management, experiential marketing and events have drawn increased focus both in the U.S. and internationally. Last year, for the debut of the HOVR running shoes, Under Armour held a series of pop-ups that doubled as the starting spot for various runs. 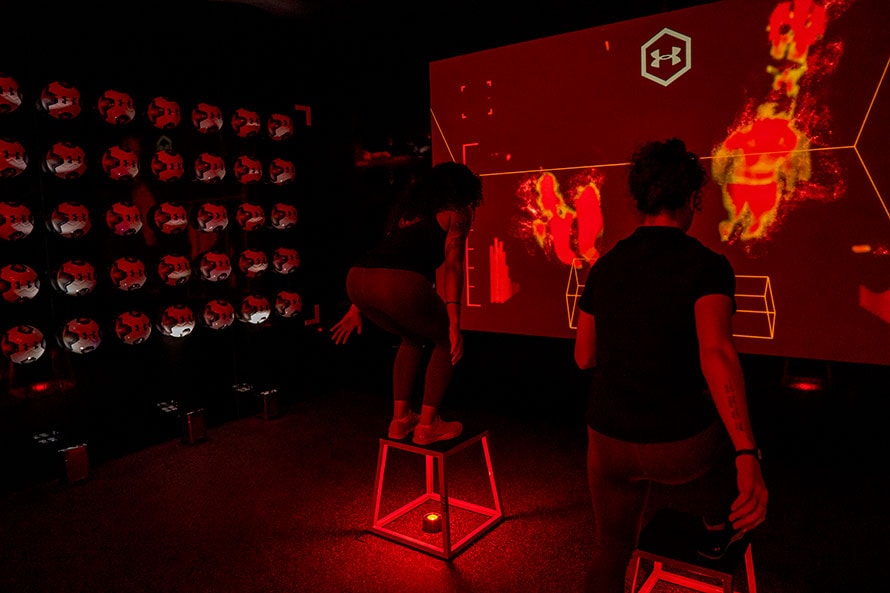 Jaques said Under Armor measures the impact of experiences in several ways: through attendance, through social media volume, through brand-loyalty tracking and also through retail sales.

For Guthrie, it’s all about creating something more memorable than a traditional spot.

“We’re living in a world where we’re arguing over 6-second ads and did someone watch that,” he said. “There is a narrative that runs through this, and that’s so much more valuable. I think people are spending a half an hour at a minimum in this experience. They’re coming with friends, they’re coming with colleagues, and then the important thing is, with the narrative, we’re telling them the story of Rush Performance Lab and the technology. I don’t think we can do that as well as you can in an experience-driven environment.” 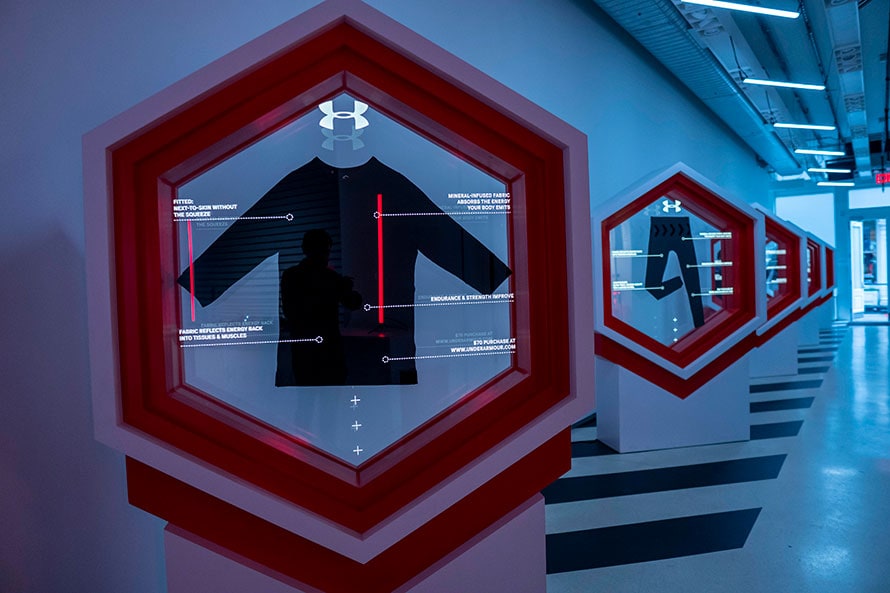 To accompany the pop-up, Under Armour is already releasing a 12-minute documentary called Margin of Victory that features a number of the brand’s star athletes, including basketball player Stephen Curry, soccer player Kelley O’Hara and boxer Anthony Joshua. The film, shot by Gotham Chopra, shows how the athletes train and how Under Armour gear helps.

“Athletes have an unparalleled way of thinking and intense, visceral determination at their core,” Chopra wrote. “It’s what allows them to reach the next level, the most elite level, of sport. With the best in the world, winning boils down to marginal gains—every little bit counts. Margin of Victory shows these athletes at their peaks and their most vulnerable moments, with the hope of inspiring everyone out there to pursue their own dreams.”