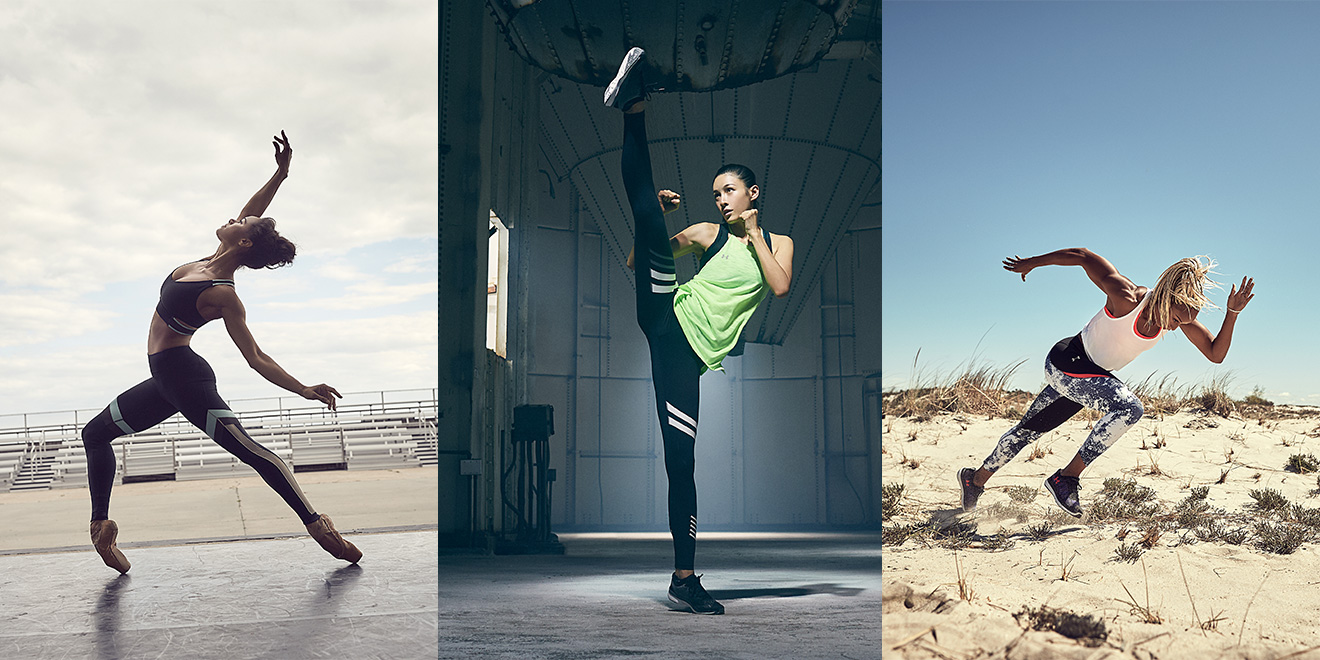 Misty Copeland. Natasha Hastings. Jessie Graff. Alison Désir. Zoe Zhang. They’re all athletes. Not female athletes—just athletes. That’s a key distinction Under Armour is trying to make in its latest marketing campaign, “Unlike Any,” for its women’s division.

Last August, during the Olympics in Rio, the Under Armour team notices something unsettling. “Every time a woman won, she got compared to men,” Adrienne Lofton, svp of global brand management, said Wednesday at the launch event for the new campaign in New York’s Chelsea Market.

“We had to start thinking about how to change this conversation. Why is there always a framing that when a woman does well, she’s compared to the greatness of a man? We needed to remove gender from the conversation,” Lofton said.

For “Unlike Any,” created by Droga5, Under Armour selected five standout athletes (two of them new to the brand’s roster) who have all achieved great feats in their careers, but have also overcome massive hurdles to get to where they are today. Rather than having the athletes tell the stories themselves, the brand turned to poets (Aja Monet, Kojey Radical, Dominique Christina, Aristophanes and Saul Williams) to breathe new life into these stories.

The results are quietly breathtaking.

“What we wanted to do was strip down and really get into the psyche of, Who are these athletes? And how are they able to continue to propel themselves forward?” Lofton told Adweek. “We thought, That’s going to be one of those first key steps to break through this perception that Under Armour is about sweat only and is too much of a performance brand for me. No. We are for every woman.”

It may seem difficult for an everyday person to relate to Copeland’s specific path to success and being a professional ballerina, but there are elements of her struggles that women (or anyone, for that matter) can relate to. That is what each of the poets aim to capture in their respective films.

The combination of Copeland’s strength and grace, paired with Saul Williams’ words (“The systemic structure built to keep me in place is the stage I dance on. Black, and woman”) and the direction by Agile Films’ Georgia Hudson, is chill-inducing. It’s also unlike anything we’ve seen from the brand before.

“It doesn’t feel so much like advertising because it’s not so very loud and shouting a message out—how you should live, how you should behave and how you should train,” said Alexander Nowak, executive creative director at Droga5. “In the past, the work has been a little more active, but this one is very delicate and almost observational. We just observe people and let the poet tell this beautiful story.”

“In this campaign we wanted to honor under recognized feats of female athleticism by showcasing women who cannot be compared to anything that has come before. By portraying them as somewhat ‘godlike,’ we wanted to elevate them to the level they deserve,” added Kia Heinnen, senior art director for Droga5.

While Copeland’s is the only spot without any musical pairing—a decision made close to the final hour in the last rounds of editing—the four other spots delivers the same powerful punch and are shot in the same style, with the camera flipping upside down and capturing the athletes from all angles.

“With filming, the idea was that as the poetry tries to circumscribe the athlete. Because the athlete is ‘Unlike Any,’ the camera does the same,” said Felix Richter, executive creative director at Droga5. “The thought was to do something that feels sort of celebratory from a camerawork point of view, but also fresh, new and interesting. These sort of twists and turns are kind of happening in symmetry with the words.”

For Natasha Hastings, the self-proclaimed “400M Diva” and gold medal-winning runner, the spot focuses on her battle to overcome her own inner doubts and how that made her unlike any other athlete or runner out there—male or female. “I figured out how to fly. How to command my limbs, of my immaculate womanness. The red lipstick war paint. I am a chariot of possibility,” poet Dominique Christina says as Hastings explodes into the distance.