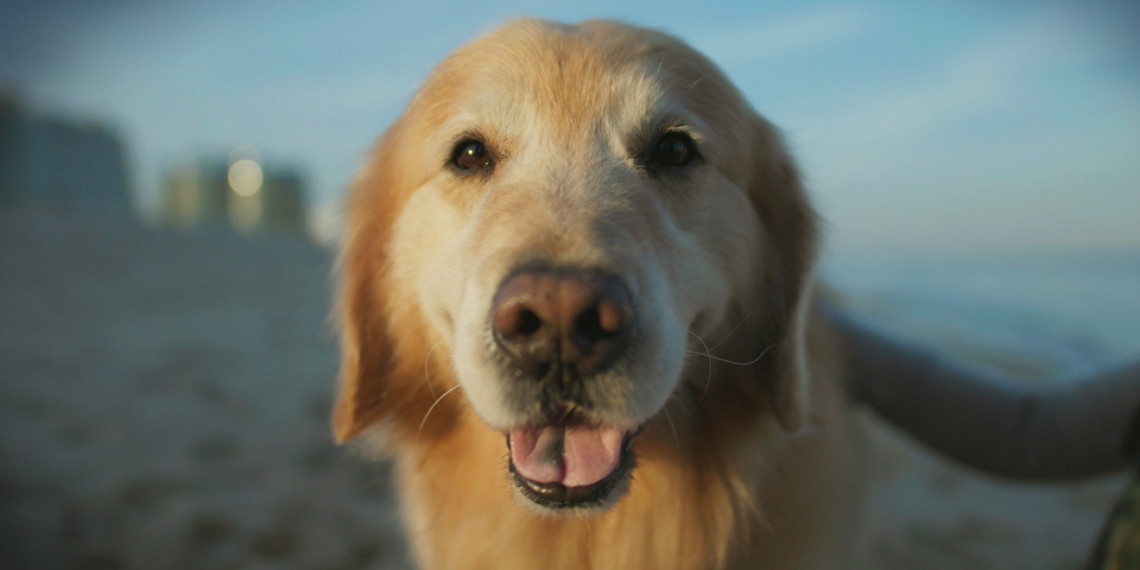 This Sunday, Super Bowl viewers will get to know more about Scout, the star of WeatherTech’s 2019 Super Bowl ad, and his battle with cancer.

You see, Scout is a “lucky dog,” as he had only a 1% chance of surviving a tumor that developed on his heart. It was because of cutting-edge research at the University of Wisconsin that the golden retriever beat the disease. Scout’s story will potentially help fund further cancer research conducted by UW’s School of Veterinary Medicine.

The 30-second spot, which will air during the second quarter, is almost entirely focused on raising money for a special cause. The ad opens with Scout running on the beach, and segues into the Super Bowl ad he was featured in last year. Scout’s story of cancer survival begins to unfold with images of him being cared for at the veterinary school’s treatment center, and ends with Scout back on the beach with a call to action. Viewers are asked to visit WeatherTech.com/donate to learn more and donate online.

“The plan was to tap into the hearts of pet lovers all across the country and let them realize that with their support, real progress can be made in the field of canine cancer,” said Jac Mansour, chief creative officer at Pinnacle Advertising, the agency that created the ad.

Scout has been a member of the family of WeatherTech founder and CEO David MacNeil for seven years. Not long after last year’s Super Bowl ad, Scout collapsed without warning, and then was diagnosed with the rare form of cancer. Ongoing treatment helped to shrink the tumor until it nearly disappeared.

“When producing Scout’s story for the Super Bowl, creating the perfect balance of emotion was absolutely necessary because we didn’t want the commercial to come across as being melancholy or sorrowful in any way,” Mansour said.

It was an “aha” moment for MacNeil that spurred the ad, according to Mansour, which also meant setting aside the initial idea of emphasizing WeatherTech’s support of American manufacturing.

“David MacNeil was so incredibly impressed by the technology, resources, the care and commitment by the doctors, that he was moved to do something very special to help further research and fund equipment needed to move cancer care in a significant manner,” Mansour explained.

The ad is WeatherTech’s seventh Super Bowl commercial. Last year’s spot was the first to star Scout, who wore a WeatherTech employee badge and helped introduce the company’s new line of toxin-free pet bowls under the PetComfort brand. Historically, WeatherTech ads have emphasized the company’s role as an American manufacturer and its auto accessory products.