Flippy moves on an overhead rail so he can stay out of the way of human employees.

Founded in Wichita, Kansas, in 1921, White Castle lays a legitimate claim to being the oldest restaurant chain in the United States. You might assume that a 99-year-old burger joint that’s been prosperously making sliders since the Harding administration wouldn’t need to innovate very often, much less be at the cutting edge of any sort of digital technology.

But you’d be wrong.

This morning, White Castle announced that it has started testing a robot called Flippy (more on him in a minute) at the fry station. Developed by a 4-year-old Pasadena firm called Miso Robotics, the automated cook is an articulated arm that glides along an overhead rail to perform the various steps of making French fries, including filling the wire basket and timing its bath in the hot oil.

Though Flippy's skills are limited to French fry making for now, corporate envisions promoting him to onion rings soon.

“As a family owned business that’s been around for 99 years, we’ve realized that everything we do in the kitchen impacts our connection to our customers,” Jamie Richardson, vp of shareholder, government and community relations at White Castle, told Adweek. “As we approach our 100th year, we started talking about creating the kitchen of tomorrow today. And then we met Miso and started imagining how Flippy could be part of that future.”

The restaurant chain actually started talking to Miso about a year ago, and while it sought to move forward with automation for the sake of efficiency (“keeping up with new takeout and increased delivery orders,” Richardson said), the arrival of Covid-19 furnished another reason.

“White Castle’s decision to pilot Flippy in the kitchen creates an avenue for reduced human contact with food during the cooking process,” read a company statement.

White Castle is hardly the first restaurant brand to move toward automation in recent years. And while companies will talk about how robots deliver consistency and quality in the food, the big reason they do it is usually to save money on labor. 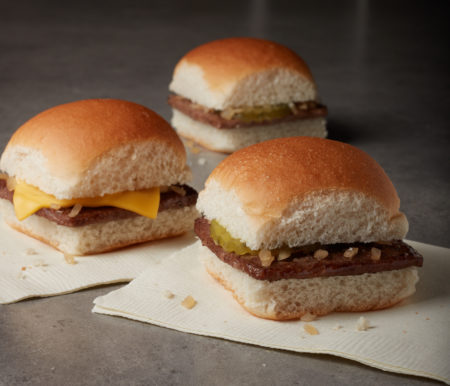 For now, the signature slider is still flipped by human hands.
White Castle

It’s not so much that back-of-the-house workers get paid a lot—they don’t, even though living wage initiatives across the country have spooked the C-suites of many chains—it’s more the industry’s 100%+ turnover rate. Each year, on average, every single employee in a fast-food unit will throw down his apron and walk. The process of hiring and training is expensive, so companies hope that automation will remedy some of their financial woes.

In 2016, for example, McDonald’s began a nationwide rollout of self-service kiosks aimed at replacing the longstanding practice of ordering with the cashier. Piqued by the spate of $15 minimum wage initiatives that year, former CEO Ed Rensi predicted that higher wages would only accelerate the adoption of robots in restaurants.

“It’s cheaper to buy a $35,000 robotic arm than it is to hire an employee who’s inefficient, making $15 an hour bagging French fries,” Rensi told Fox Business.

And the Golden Arches is not alone. The “Panera 2.0” initiative has fitted the fast-casual chain with digital ordering kiosks. Domino’s made headlines in 2016 when it delivered a pizza by drone (in New Zealand) and has since experimented with droid deliveries (in Germany and Holland.) Wendy’s and Arby’s have adopted “smart” ovens. And two years ago, Pizza Hut and Toyota showed up at an equipment trade show with the Tundra PIE Pro, a “mobile pizza factory” built into a pickup truck bed with a robotic arm designed to make pizza on its way to customers’ houses. (The jalopy has yet to be spotted on the road.)

As it turns out, White Castle isn’t Flippy’s first job, either. When the international chain CaliBurger opened a unit in the Florida city of Fort Myers last year, Flippy robots were manning both the grill and the fry stations.

“The issue in the U.S. is turnover,” CEO John Miller told the News-Press. “People want to drive Ubers instead of working in a restaurant.” At the time, the chain had planned to fire Flippy in 50 of its restaurants by year’s end.

The pandemic has obviously changed the labor dynamics of restaurants. Employees who might have quit their food service jobs six months go might well hold tight to them now, simply for the sake of a paycheck. But that dynamic will obviously not last forever. 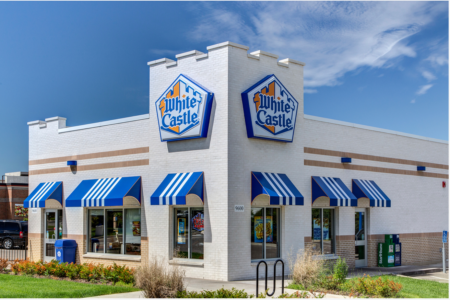 The thing is, whatever the reasons are for restaurants or stores adopting robots, their starry-eyed plans are often eclipsed by the shortcomings of the technology itself.

For example, Ikea’s automated checkout machines were so riddled with glitches and angered customers so much that the company yanked them from stores eight years ago. Dunkin’ tried a robot barista a few years ago (cost: $100,000), only to find that ordinary customer preferences (“light and sweet” on the coffee, say) confounded its digital brain. Similarly, the ordering robot that KFC tried in Shanghai in 2016 struggled to understanding dialects and accents.

The odds are that Flippy won’t face these problems, since the robot will not have to interact with customers. He only makes fries. At least for now.

“Flippy has already been testing the White Castle menu in the kitchen,” said Miso Robotics CEO Buck Jordan, “so we are looking forward to now piloting it for further testing, integration and customization.” After he proves himself at the fry station, Flippy will be tested making chicken rings, mozzarella sticks, fish nibblers and hash rounds.

“We’re looking forward to getting the fryer integrated into the kitchen workflow and will see where we go from there,” Richardson added. “It’s a lunar landing moment at White Castle. One small fry drop for Flippy will be one giant leap forward for the fast food industry.”