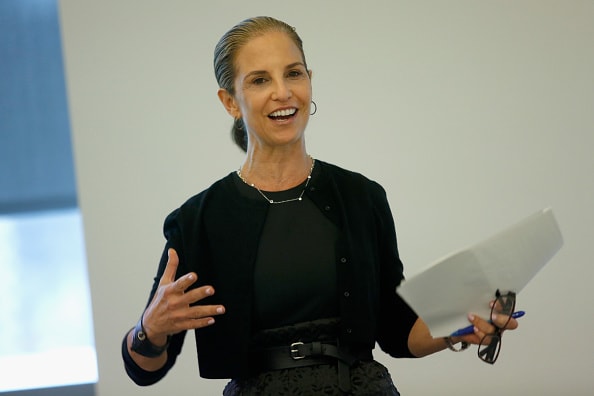 Jamie Gutfreund speaking at a 2015 event for Wunderman, which had not yet merged with JWT. Getty Images

The WPP agency formed through last year’s merger of Wunderman and J. Walter Thompson declined to comment. Gutfreund will be based out of Hasbro’s corporate headquarters in Pawtucket, Rhode Island. She is set to join the toymaker on April 15 and will report to John Frascotti, president and chief operating officer.

Gutfreund did not immediately respond to a request for comment when contacted directly.

“Jamie brings a breadth of experience in driving strategies that build brands through innovation and technology, global marketing campaigns and proprietary research,” Frascotti said in a statement. “Jamie is a well-respected and highly creative digital marketer, and I am thrilled to welcome her to the Hasbro family.”

In the new role, Gutfreund will be responsible for leading the creation and implementation of “consumer-focused strategies that effectively connect the company’s brands with global audiences,” according to a company statement. She will also oversee several of Hasbro’s in-house operations including its internal creative agency, Global Consumer Insights Organization and global media management team.

Gutfreund became global CMO of what used to be just Wunderman, the world’s first direct marketing agency, in 2015 before it merged with JWT in November last year. She retained that position when the companies coalesced.

Before Wunderman, she was the CMO of Engine Group’s Deep Focus for a year and chief strategy officer of Creative Artists Agency before that. Gutfreund has also spent time on the client-side, working as the director of business development for both Microsoft and Expedia in the mid-1990s to early aughts.

Her departure comes amid a round of layoffs at Wunderman Thompson New York that saw between 20 and 25 mid-level staffers lose their jobs.