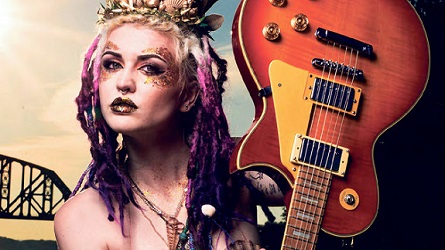 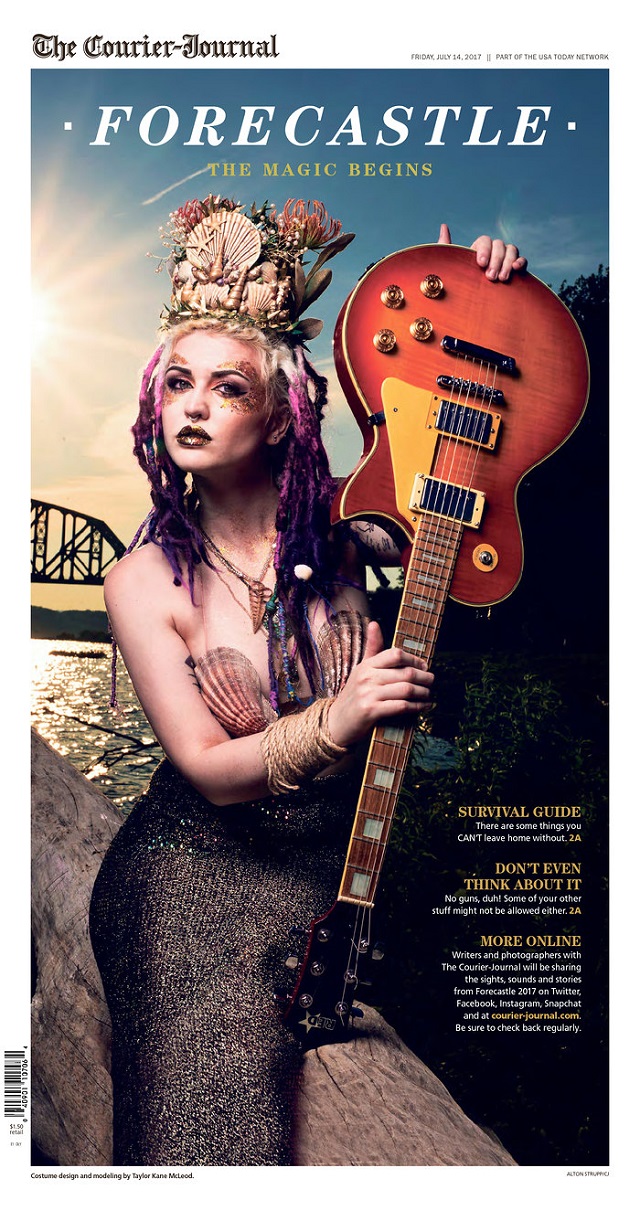 That’s Taylor Kane McLeod as a musical mermaid, sporting splashes of glitter and photographed by Alton Strupp. Those splashes tie into a bigger glitter story this year. Festival organizers have listed glitter as one of the items not allowed at the event.

However, a piece by Courier-Journal reporter Kirby Adams clarifies that organizers mean glitter bombs and shiny specs of the portable kind. All because a lot of glitter is made of non-biodegradable plastic.

Adams helpfully lists some brands of glitter that are environmentally friendly, and ends with this assurance from the Forecastle folks:

A Forecastle spokesperson tells me not to fear: “No, we will not scrape it off your body at the gate.”

Check out the full list of Forecastle acts here and Forecastle inadmissible items here. The latter is also bad news for anyone who favors, at concerts, guns, drugs, silly string and confetti.

Previously on Fishbowl:
Journalist Recalls the Summer He Worked Alongside Harper Lee