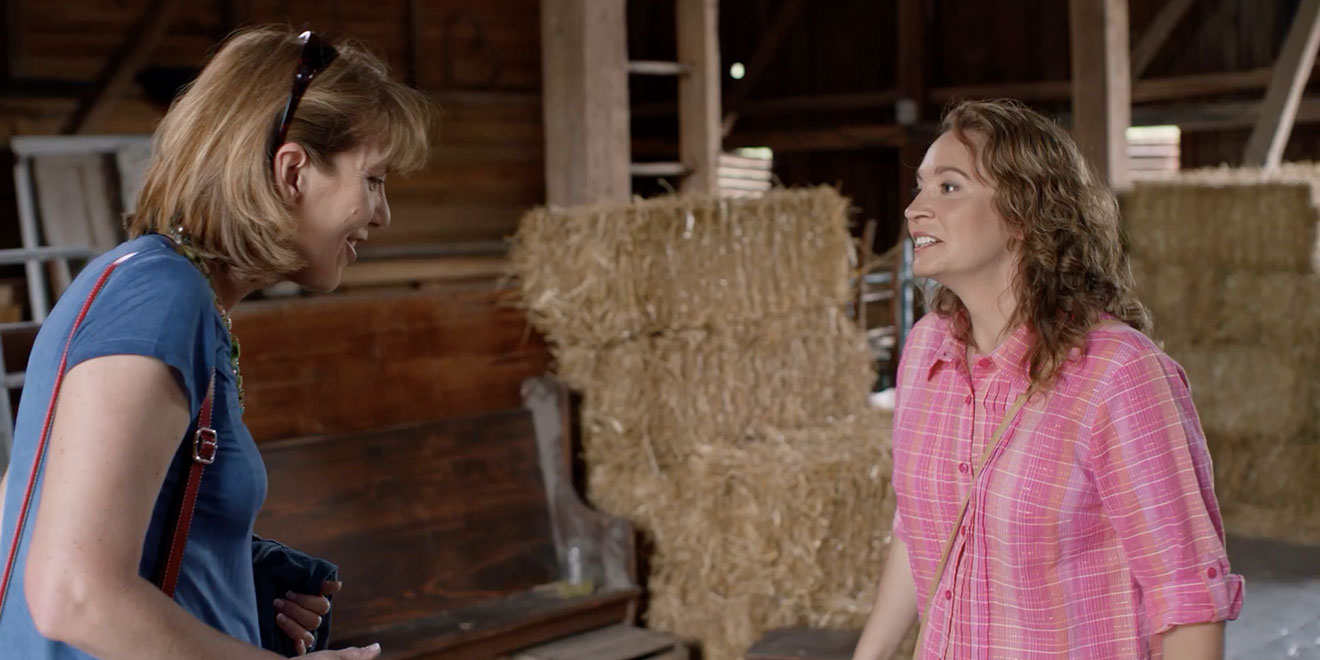 Imagine chatting online with the same group of strangers every day for years, then finally getting to meet them in person.

To celebrate the fifth anniversary of mobile farming game Hay Day, publisher Supercell and agency Barton F. Graf staged a real-life gathering of players from the same virtual “neighborhood,” an in-game feature that lets players in the same vicinity team up to help one another as they grow wheat and raise livestock in a casual agricultural simulator.

A 4:30 video documents the meeting, introducing nine individuals from places as far flung as Germany and South Korea, then capturing them coming together on, naturally, a farm. There, they watch pigs lounge in the mud, feed cows, chop fresh lettuce for an outdoor dinner—and wax philosophical about the joys of spending time with each other.

It’s a lighthearted (and somewhat lightheaded) affair, but it’s successful insofar as it delivers an idyllic (if not wholly representative) snapshot of the agrarian lifestyle that the game idealizes, and of at least the illusion of community it produces. A little jarring, arguably, is the limited diversity—eight of the nine people are white, and the fact that they’re framed as happy go lucky “neighbors” probably doesn’t help, given the ongoing histories of inclusion and exclusion around real estate, at least in the U.S.

But the ad’s motives—setting aside the obvious aim to extract more in-game mobile payments from new and current players—seem upbeat, and innocent enough. Oscar-winning documentarians Sean and Andrea Fine directed the spot, as part of Hay Day’s “Hug Harvest” campaign, which also features components like a 360 animated video (below) of cartoon farm animals encircling and licking the viewer.

What the live-action film doesn’t show is that the real-life farm smells were probably strong enough to make the players glad they were just visiting, and eager to stick with the virtual version for daily use.