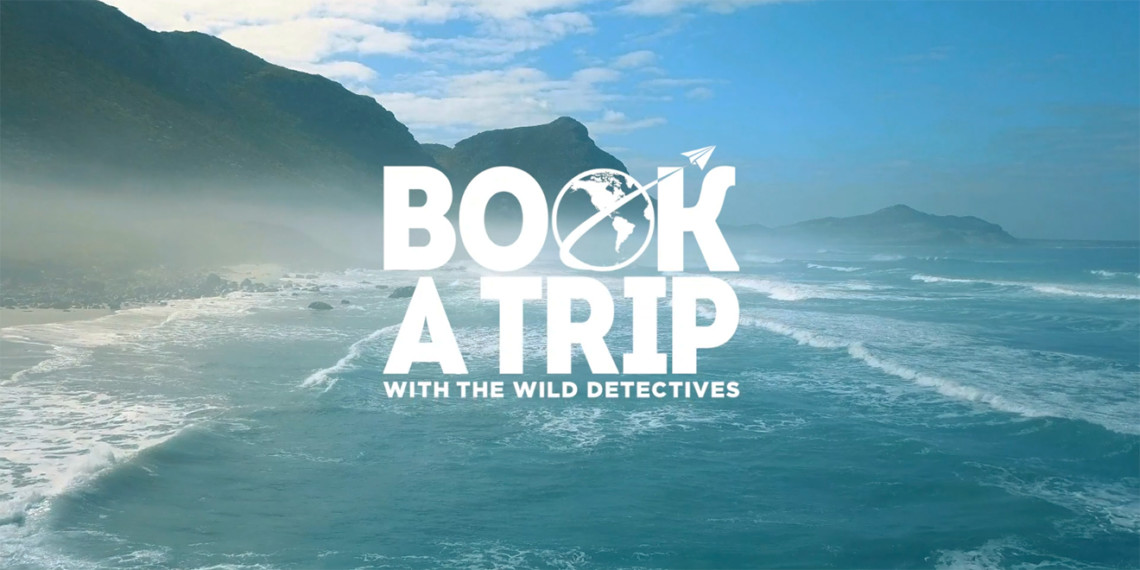 Dallas bookstore The Wild Detectives surprised fans by becoming a travel agency, but not all was as it seemed. Dieste

When beloved bookstore and cafe The Wild Detectives had to close alongside most Dallas businesses due to Covid-19 quarantine measures, it faced the daunting challenge of shifting its business to being online-only.

So the shop owners turned to agency partner Dieste, which has created several insightful campaigns for The Wild Detectives in recent years. One of those projects had involved advertising its books as travel expeditions, such as promoting “Barcelona for $14.”

The store and agency decided to lean even harder into that concept, and the result was the Book a Trip website, which on first glance appears to be a travel booking site. Instead of returning ticket prices, though, searching for destinations reveals books for sale that were written about each city.

Fans of The Wild Detectives were initially shocked to see their beloved bookstore announce via social media that it was becoming a travel agency—especially at a time when travel has essentially ground to a halt. But visiting the site quickly made it clear that the “pivot” was actually a clever campaign built at an incredibly tough time for small businesses.

“Everybody said, ‘What the hell? Who opens a travel agency right now?'” Dieste CCO Ciro Sarmiento told Adweek. “People freaked out for real, and then they went to this new site and realized they’re talking about books.”

More than 250 comments were posted to the brand’s seemingly dire announcement on Facebook, many sounding like this one: “I was on the verge of tears until I clicked the link. Thank you for the long nights of conversation, good music, great atmosphere and amazing lattes. You are prohibited from closing down.”

Since Book a Trip was launched Sunday, The Wild Detectives said its online sales have increased 200%, with 30,000 unique visitors clicking through to the site. All traffic was generated organically, with no money spent on advertising the new site, which was developed by DJNR Interactive.

“This campaign not only has exceeded all our expectations, but it also allowed us to reconnect with many of our patrons in a fun and proactive way in the middle of one of the biggest crises ever presented,” said Javier García Del Moral, owner of The Wild Detectives. “Aside from the much needed economic return, the emotional responses and reactions to the campaign have been some the most rewarding messages we ever received.”

More books will soon be added as “destinations” to help meet the high demand, the shop said.