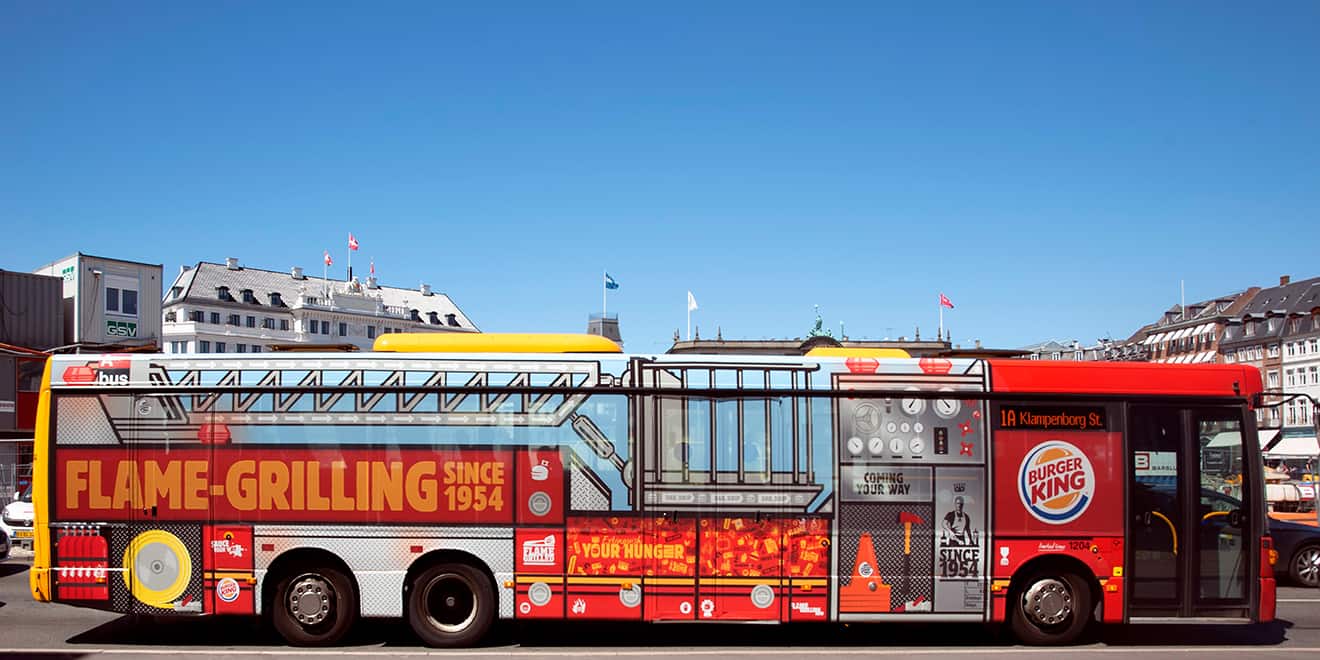 The bus wrap by &Partner in Copenhagen was created for a Danish outdoor design competition. &Partner

The concept of Whopper Love has generated many of the brand’s viral sensations, including Burger King’s most shared ad of all time, Whopper Neutrality. But the fire focus—meant to convey the chain’s dedication to flame grilling—has also yielded iconic campaigns like “Burning Stores” and a double-take car fire on the side of a highway.

Now there’s a fun new idea on the fire front: a bus wrapped to look like a Burger King-branded fire truck.

Created by &Partner in Copenhagen, the concept is the agency’s entry in the Danish Out of Home Media competition, which pits the country’s agencies against each other. Winners of the prize, the Rambuk 2018, will be announced in October.

Each contestant was given the right side of a Copenhagen bus to wrap, with the goal being to help generate new ideas for advertising with the local mass transit service. The agencies got to pick their clients, so &Partner went with Burger King, with whom it already had an existing client relationship.

“Burger King is a cool and original brand, and flame grilling lies in the DNA of Burger King,” says Jacob Faertz, owner of &Partner. “From there we got the idea to build a Burger King fire truck, inspired by the iconic fire trucks driving around in New York. Burger King flame grills so much that they obviously need a fire truck.”

The local client says the concept is perfectly on-brand and will give the chain good exposure in the city.

“We appreciate the fact that &Partner chose Burger King,” says Sofie Navardsen, marketing manager of Burger King Denmark. “We love the idea, especially because it supports our brand values so well. Also, the exposure given by a bus line in Copenhagen city center doesn’t come along very often, and we expect a lot from the campaign in terms of brand awareness.”