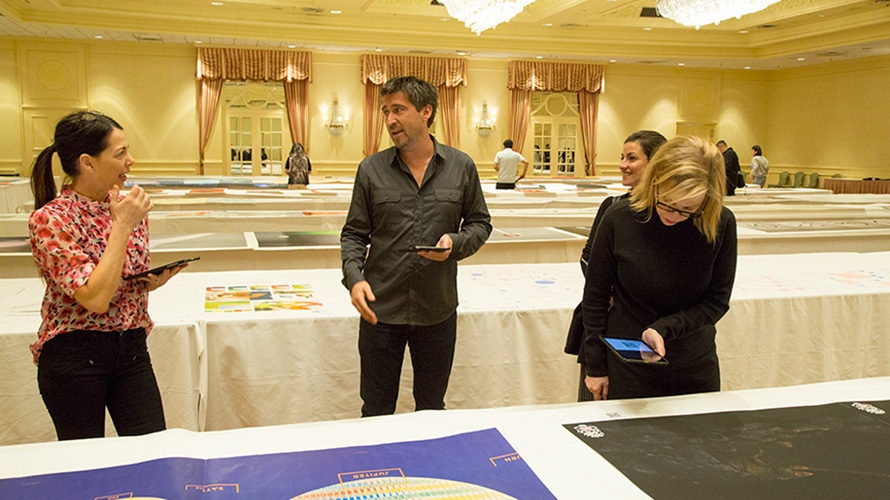 Jurors in Bermuda, where One Show and ADC judging was held in March.

ADC, formerly the Art Directors Club, has welcomed a new leader as The One Club for Creativity, the umbrella organization formed by the recent merger of ADC with fellow nonprofit The One Club, charts a path forward.

Michael O’Rourke takes the role of ADC executive director, a post that had been vacant since Ignacio Oreamuno held it from 2012 to 2015. O’Rourke joins from the International Awards Group/New York Festivals, where he was president and spent 10 years managing New York Festivals Advertising Awards, AME Awards, Midas Awards and Global Awards.

At The One Club for Creativity (TOCC), he will oversee the ADC Annual Awards and programming, and work to grow the 96-year-old ADC organization globally as it joins forces with The One Club. Philippe Meunier, co-founder of Sid Lee, had previously been the top ADC executive, serving as president. 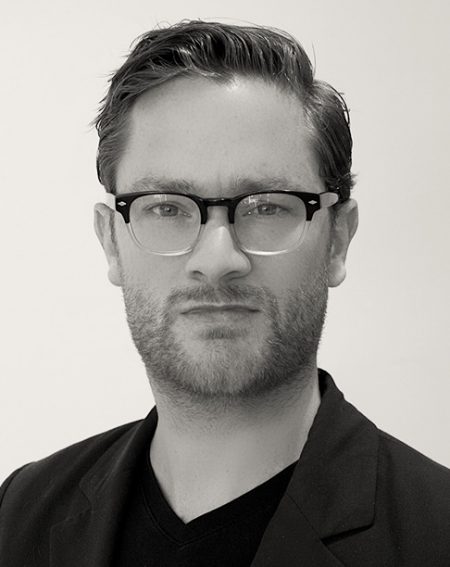 “I always had a great amount of respect for the ADC, and The One Club, for the platform they provide,” O’Rourke told Adweek on Tuesday. “Coming in as the merger begins, there really is an opportunity to do so much with regards to combining the powers … to create a very, very powerful and helpful organization for the industry at large.”

O’Rourke said he will use his deep understanding of the awards business, and his industry contacts and knowledge of international markets, to grow ADC.

“I have a strong understanding of what the awards industry does, as far as setting that creative benchmark and serving as a motivator for young creatives. It’s certainly a source of inspiration,” he said. “Collectively, there’s a great team here.”

“Michael’s background, deep industry knowledge and enthusiasm make him the ideal fit to lead the ADC Annual Awards into the next phase of its evolution,” said Kevin Swanepoel, CEO of The One Club. “His vision is in sync with the program’s progressive mission, and we look forward to the inspiring initiatives he’ll lead.”

The One Club and ADC, both nonprofit organizations serving the creative communications and design industries, announced last October that they would merge. (The One Club actually grew out of the ADC originally, spinning off as The Copy Club in the 1970s—so the merger is actually a re-merger of sorts.) Along with O’Rourke’s appointment, TOCC said this week that the New York State attorney general’s office had officially approved the merger, effective April 1, though the organization had largely combined operations months ago.

Also, three members of the ADC board of directors—Meunier of Sid Lee; Brian Collins, chief creative officer at Collins; and Robert Wong, executive creative director at Google—have joined The One Club’s board.

While The One Club’s One Show and the ADC Awards have some overlap in categories (which Swanepoel and his team have been working to address), each show has a different focus, which the merged entity plans to maintain. The ADC largely honors craft, design and innovation, while The One Show focuses on creativity of ideas and quality of execution.

In March, Adweek visited judging for The One Show and the ADC Awards, which were being held at the same time and place for the first time. Adweek spoke at length with Swanepoel, who hailed the merger as a great fit, philosophically and practically.


“Merging the ADC into The One Club and The One Show, it’s been very, very easy actually. I was surprised how well it’s come together, and how quickly it’s come together,” Swanepoel said. “My goal as the CEO now is to bring the ADC Awards up and broaden it slightly, because we feel there’s a lot of potential actually for ADC to grow.”

In addition to its awards properties, TOCC offers a range of programming across creative disciplines. All initiatives fall under five pillars—education, inclusion, diversity, professional development and gender equality. Those programs will also continue, and may expand.

Along with prepping for Creative Week and its award shows in May, Swanepoel said TOCC has been working on corporate branding for the new umbrella organization.

“It’s more than a monumental task,” he said with a laugh. “It’s been nine months. It’s probably longer than the actual merger discussions took place. But we actually came to consensus … and we think we’re going to have an incredible new corporate identity”—which should roll out soon. 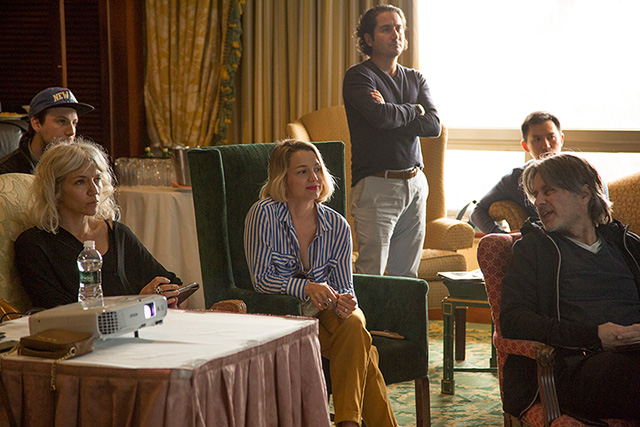 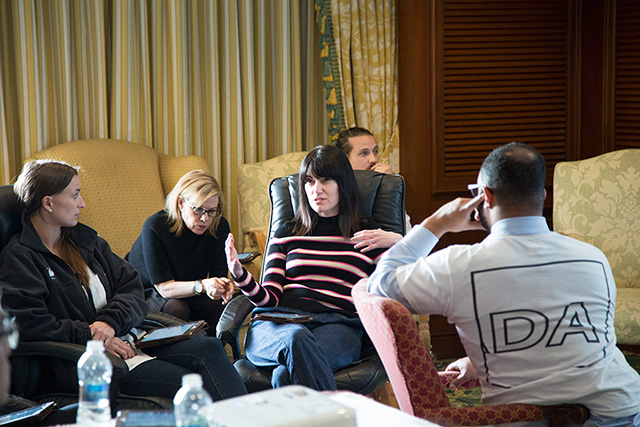 Jurors in discussions during One Show and ADC judging in March

Adweek also spoke to José Mollá, co-founder and chief creative officer of The Community and chairman of the board of The One Club, in Bermuda. “It’s all about giving back to our industry,” he said of the ADC and One Club merger. “We are both nonprofits, and we both have programs that have to do with education and diversity. At the end of the day, it’s also about pushing creative excellence.”

There were practical reasons, too, Mollá added, and “a lot of efficiencies in doing this together. What’s important is, we’re very committed to keeping the legacy of each brand, and all the award programs, and push them further in a way that they compliment each other instead of competing with each other.”

Adweek also spoke with a number of ADC and One Show jurors in Bermuda about the experience of judging, and their thoughts on the ADC Awards and The One Show generally. See those interview clips in the video below.