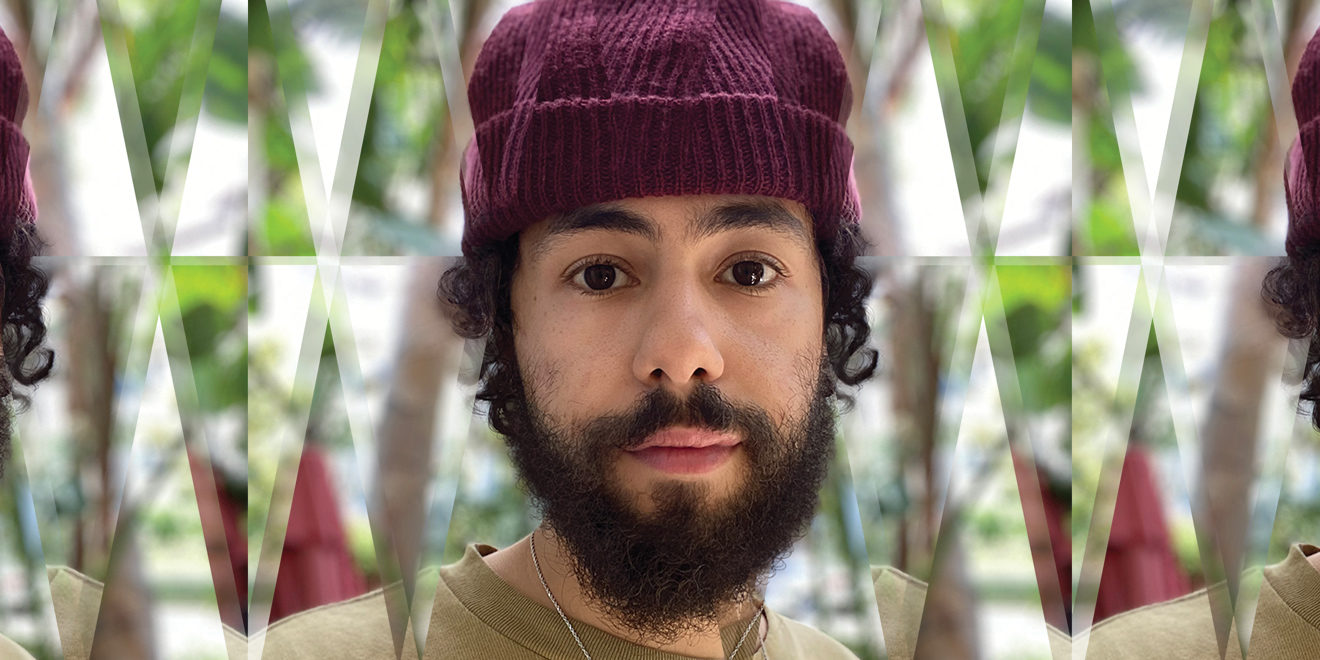 On creating a hit with his first TV show, Ramy: “So much of it is like, you try a joke at an open mic and then three years later you’re telling the same joke in front of thousands of people in a huge place,” Youssef tells Adweek. “Yeah, I hadn’t made a show, but I had made so many small things, and it scales. It’s scary how well it can scale if you’re clear on what it is that you want to do.”

Read much more about Youssef’s career and the development of his groundbreaking show in this week’s Adweek cover story, available to Adweek Pro members. 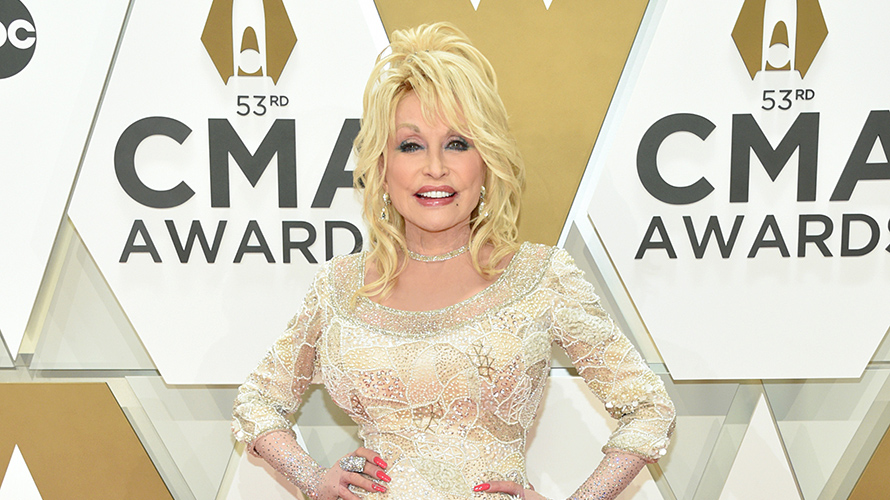 The legend: With a career spanning more than five decades, Dolly Parton is one of the few artists identifiable by first name alone. Her roots in country music spurred classics like “Jolene” before she conquered pop music with “9 to 5” (from the eponymous movie she starred in alongside Jane Fonda and Lily Tomlin). Her accolades are far too many to list here, but include nine Grammy awards, being inducted into the Country Music Hall of Fame in 1999 and a Guinness World Record for the most decades with a Top 20 hit. A 2019 podcast, Dolly Parton’s America, which looks at how Parton appeals to fans on both sides of an increasingly divisive political spectrum, was nominated for a Peabody Award.

The businessperson: In 1986, she invested in a theme park, which was renamed Dollywood in her honor, located near her hometown. The Dollywood empire has since grown to include a chain of dinner theaters, a water park, cabins and a resort. With 4,500 people on staff, it is now one of the largest employers in East Tennessee. It also brings an estimated 2.5 million visitors to the Smoky Mountains each year.


The beacon of hope: Parton, who famously said, “It costs a lot of money to look this cheap,” has spared no expense to help out during the coronavirus pandemic. In April, she donated $1 million to Vanderbilt to fund research for a cure. She has also been reading children’s books in a video series called Goodnight With Dolly and released a song called “When Life Is Good Again” as a message of hope.
—Lisa Lacy 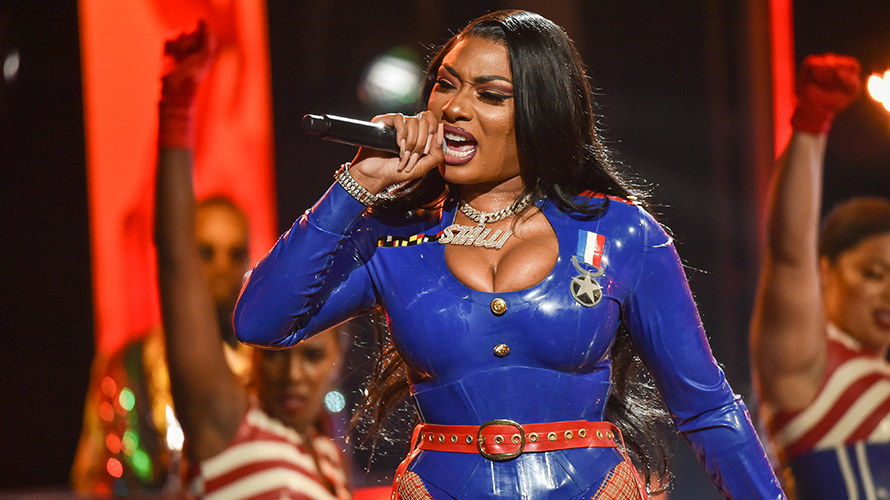 Coining an Instagram caption: The 25-year-old rapper had a breakout year in 2019 with her debut mixtape, Fever, with tracks spotlighting her commanding flow and sex-positive lyrics. She also coined the term “hot girl summer,” which became a go-to social media caption to express having a fun and unapologetic season, and sparked a song collaboration with Nicki Minaj.

TikTok queen: She released her third EP, Suga, right before the pandemic, but the timing didn’t hinder its impact. Her song “Savage” joined a group of viral TikTok dance challenges that show social media creativity in quarantine.

Fans include Beyoncé and Rihanna: Grabbing Beyoncé’s attention is no small feat, but following the viral success of “Savage,” the Houston natives joined forces to surprise-drop a remix that topped the Billboard Hot 100 and raised funds for Covid-19 relief charity Bread of Life. Rihanna’s Savage x Fenty lingerie line also tapped Megan to be the face of its summer 2020 campaign.
—Ian Zelaya 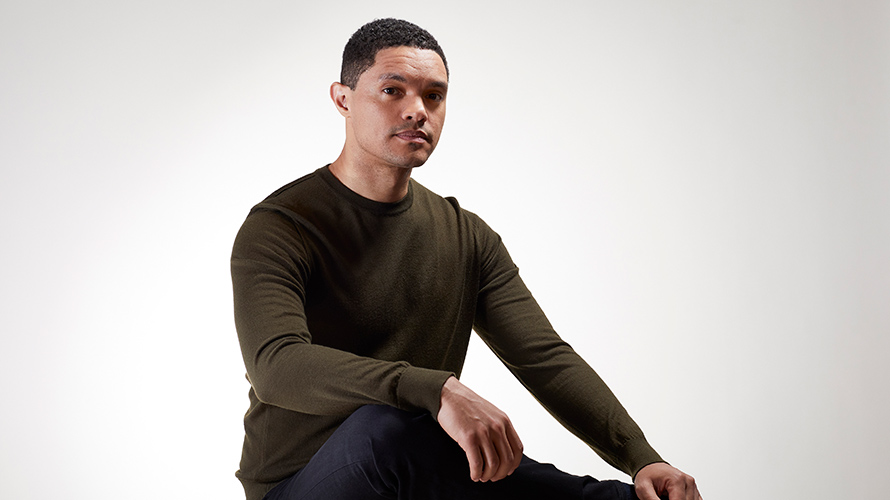 Natural-born storyteller: Besides hosting The Daily Show With Trevor Noah on Comedy Central for the past five years, he penned the autobiographical bestseller Born a Crime: Stories From a South African Childhood. It’s being turned into a film starring Lupita Nyong’o as his mother.

Trump card: Noah branched out into experiential with the Donald J. Trump Presidential Twitter Library, a pop-up exhibit that showcases and satirizes the president’s tweets. It’s made appearances in New York, Chicago and Washington, D.C., and was even turned into a book.

In the works: Noah is developing a comedy series for mobile-only streaming service Quibi that will chronicle the people and places he meets on the road.
—Minda Smiley 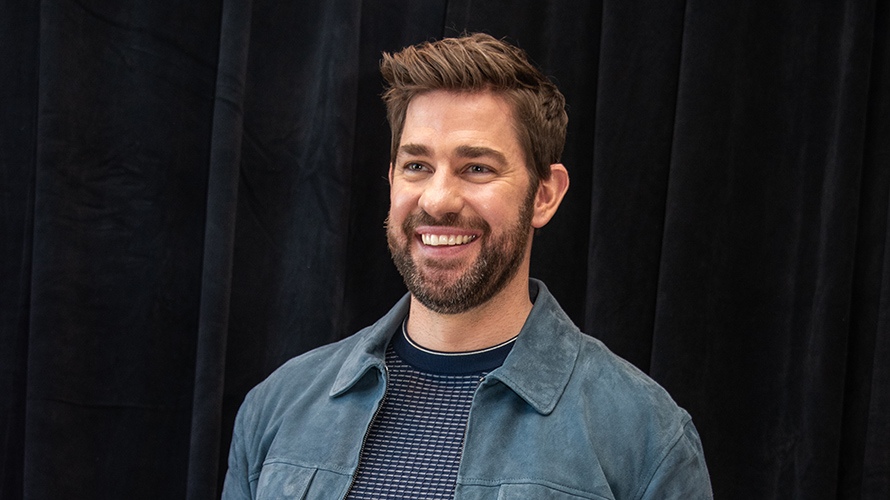 From The Office to the director’s chair: After eight years playing the straight man in the NBC hit The Office, where he racked up an Emmy nomination for his performance as the affable prankster Jim Halpert, Krasinski broke out in a big way in 2018. He made a blockbuster movie—directing, writing and starring in the smash post-apocalyptic A Quiet Place, which has since grossed nearly $341 million worldwide—and landed a hit show, Amazon’s Jack Ryan. (Krasinski bumped the March 20 U.S. release of A Quiet Place II to Sept. 4 in hopes that theatergoers can experience it together.)

It’s all Good: This year, in an effort to bring some lightness to heavy headlines, Krasinki created the self-financed, low-budget Youtube series Some Good News, which saw him playing talk show host, interviewing fellow celebrities like his Office castmates Steve Carrell and Jenna Fischer and the cast of Hamilton, the Broadway musical, as well as highlighting some of the brighter stories in the world during the pandemic. The show was a smash hit, reaching more than 70 million viewers and 2.5 million subscribers—and inspiring ViacomCBS to buy it after only eight episodes (though someone else will likely handle hosting duties).

Philosophy: “Why is there not a news show dedicated entirely to good news?” he asked in the first episode of Some Good News With John Krasinski. “Enough is enough, world. Why not us? Why not now?”
—Ryan Barwick 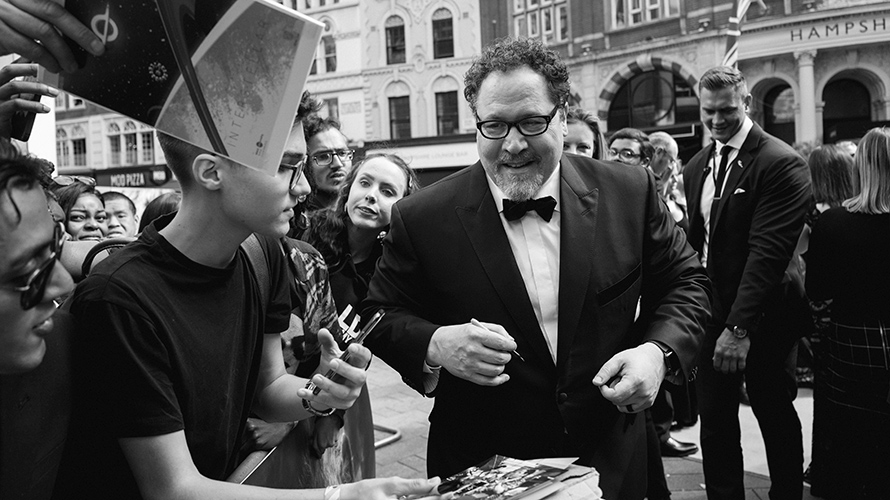 Eclectic CV: Starting out as an actor-writer (with indie hit Swingers), Favreau launched into mainstream, household-name status as director of Disney’s The Lion King and Jungle Book and Marvel Cinematic Universe’s first two Iron Man blockbusters. He’s showrunner of The Mandalorian, an early ratings boon for Disney+. Beloved for Elf (behind the camera), Friends (as a recurring character) and The Chef Show (as co-host with Roy Choi), Favreau debuted his tech-driven storytelling banner, Golem Creations, last fall.

Against the grain: Some of Favreau’s creative choices, deemed risky, have proven to be spot-on. He went to bat for Robert Downey Jr. as Iron Man (Marvel initially refused to cast the star) and fought to keep the weird frog-eating edges of Baby Yoda (as Disney tried to soften the character, who turned out to be explosively popular, warts and all).

Future fantasy: Season 2 of The Mandalorian is scheduled for a fall debut, and he’s already writing Season 3. Favreau will also return as director of Jungle Book 2.
—T.L. Stanley 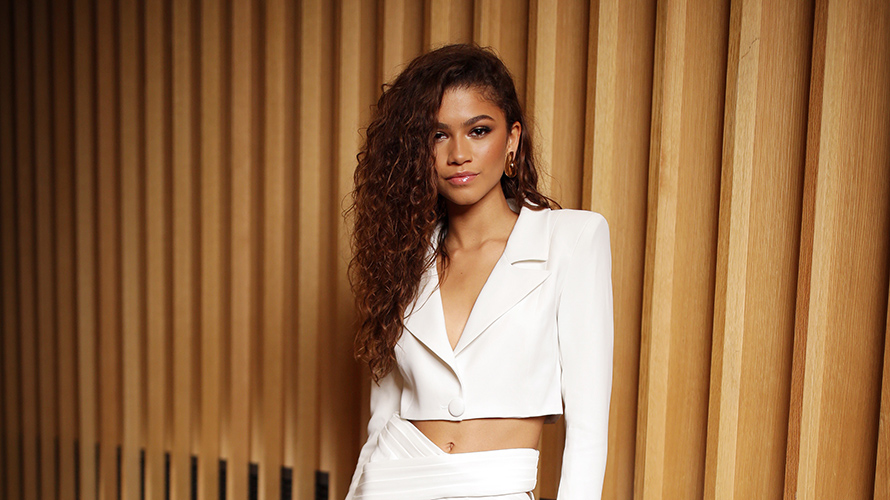 The face of Gen Z: The former Disney Channel star explored darker waters in 2019 with her raw portrayal of recovering drug addict Rue in Euphoria, HBO’s drama series about angsty teens navigating friendships, relationships and personal struggles. The 23-year-old won a Satellite Award for her role, and also contributed to the show’s soundtrack with record producer Labrinth.

Beauty brand ambassador: Lancôme named Zendaya the new face of the brand in 2019, citing her as a role model for Gen Z who uses her platform to promote education and positivity. She joined the likes of Julia Roberts, Penelope Cruz and Lupita Nyong’o.
—Ian Zelaya 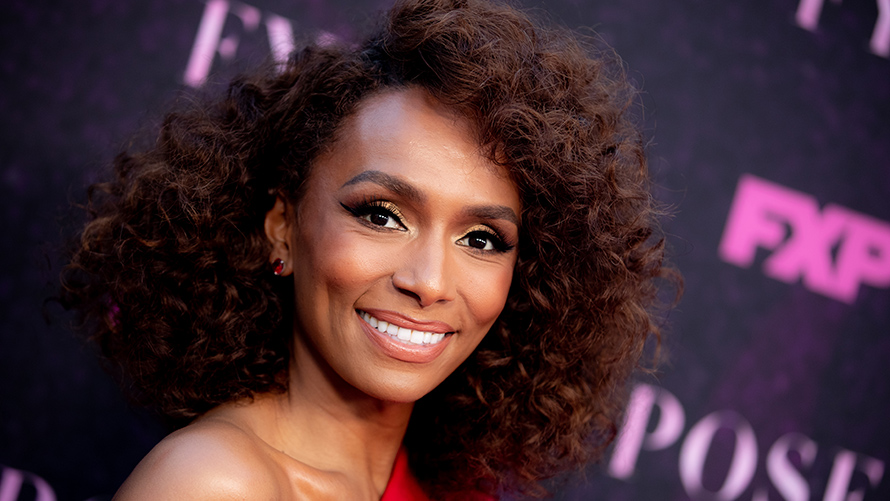 Blazing a trail: Mock signed a three-year overall deal with Netflix in 2019, becoming the first transgender person to land such an alliance with a major media company. A journalist by trade and former editor at People magazine, Mock kicked off her entertainment career with 2018’s Pose, the groundbreaking FX series from Ryan Murphy, where she was the first trans woman of color hired in a TV writer’s room.

Page to screen: With two New York Times bestselling memoirs to her credit, Mock became a writer-director-producer on Pose before working on two Netflix series, The Politician and Hollywood. The streaming service has given a green light to her first feature, Janet, about former Washington Post reporter Janet Cooke.

The new inclusiveness: Hollywood is playing catch-up, but it’s not enough to recruit talent from underrepresented groups, she told The Hollywood Reporter recently: “How are they being supported? Who’s championing their voice? Who’s placing them in positions of power and setting them up for success?
—T.L. Stanley 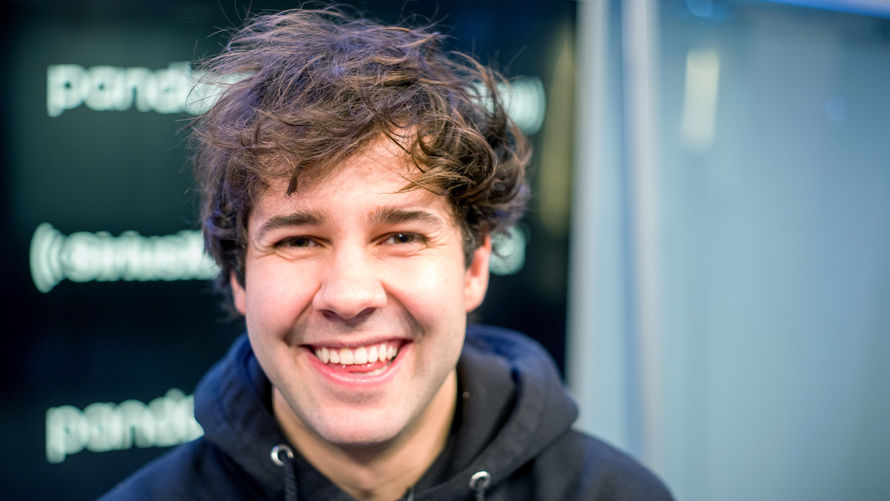 Internet famous: A Vine alum, the fresh-faced 23-year-old Slovakian native switched to YouTube in 2014, and has since amassed 20 million followers on two channels for his high-energy, chaotic videos. Many feature his posse, dubbed the Vlog Squad.

Clickbait: That’s the name of his branded merchandise line and also the description of his videos, a mix of science experiments, celebrity-fueled surprises and reckless pranks (flamethrowers are involved). Views: 8 billion and counting. His “elephant toothpaste” stunt was the most viral video of 2019 on TikTok, with 17.5 million likes.

Brand catnip: The charming teetotaler works with Chipotle, Electronic Arts, SeatGeek and others; sponsorships fund his Oprah-style giveaways of swag, cash and cars to friends and strangers.

Pandemic relief: During the Covid-19 crisis, he’s doled out Xbox consoles, $10,000 checks (delivered by T-shirt cannon) and new Toyotas (keys handed over on a broomstick to respect social distancing). A tearful gift recipient wants to embrace him in a recent video. Dobrik answers: “Not now, but I’ll come by another time and we’ll hug it out.”
—T.L. Stanley 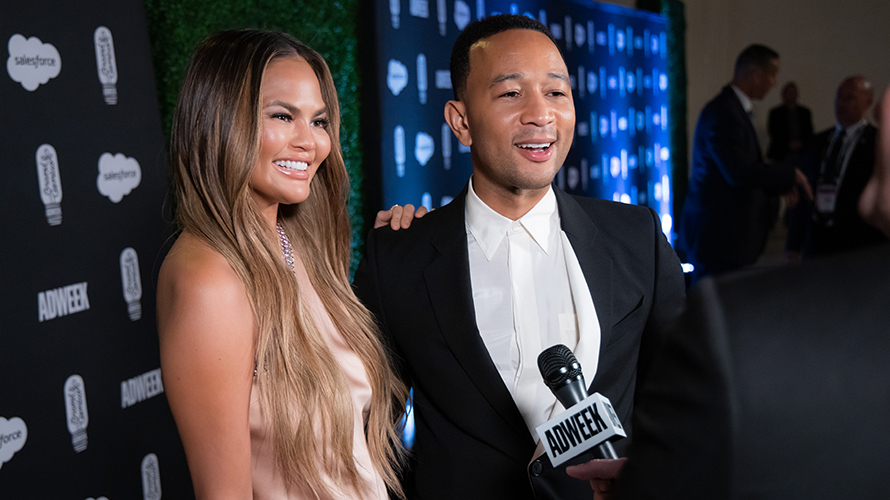 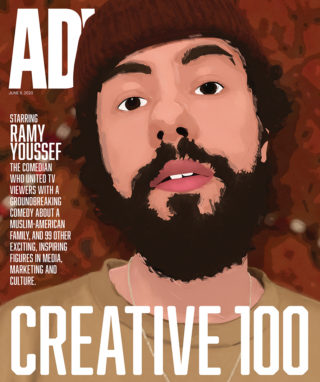