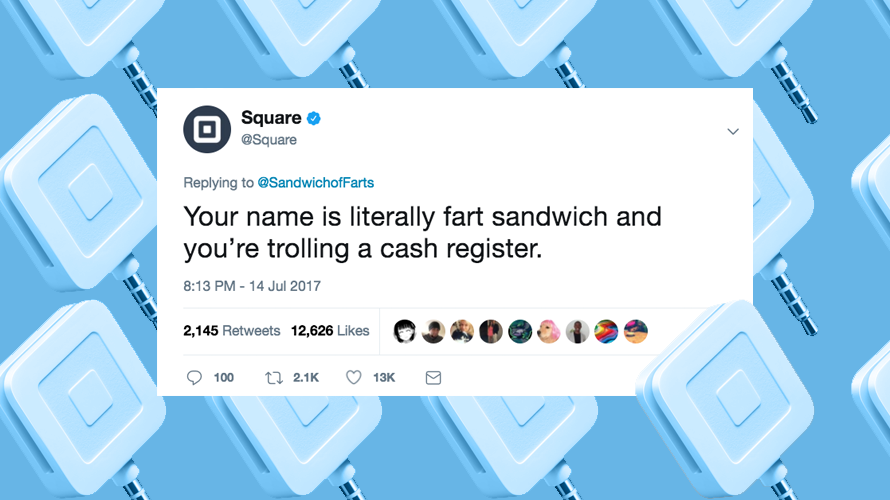 Warning to flatulence-themed Twitter trolls out there: Square social media lead Nick Dimichino still has plenty of ammunition after his viral takedown of a critic named “Fart Sandwich.”

AdFreak reached out to Dimichino to solicit some tips for other brands who might need to stand up to a toxic troll, and, given the fact he honed his Twitter skills writing pungent puns for Charmin, he did not disappoint.

Before we get into Dimichino’s aromatic advice, let’s revisit how Square’s showdown with a self-described fart sandwich played out:

Your name is literally fart sandwich and you’re trolling a cash register.

You're an actual person trying to make a major company look cute and fuzzy. How is a person named fart sandwich the sane one here

You could probably sell fart sandwiches with Square if that’s what you’re getting at.

Little disappointed you didn't do this as a meme, but good on you for staying on brand

Prior to joining Square, Dimichino was a digital strategist at Publicis agency MSLGroup, where he worked on clients like Charmin, Netflix, Frank’s RedHot and more. In October 2015, he joined Square—creator of the credit card reader that’s become ubiquitous among food trucks, coffee shops and a wide range of other businesses. 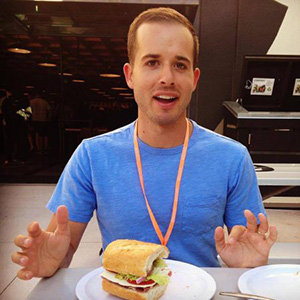 In a brief Q&A, he shared a few insights from 2017’s historic Battle of Fart Sandwich.

AdFreak: How do you decide when a comment is worth responding to?
Nick Dimichino, social lead, Square: These decisions are made on the fly, but it was obvious in this case that staying silent would be deadly.

Do you ever have to seek any sort of approval, or do your supervisors trust your judgment?
They’re confident I can responsibly represent our brand on social while still having a gas.

Do you feel there’s more consumer acceptance of brands defending themselves and even getting snarky with critics?
People just want to be entertained, especially on social, so they’re looking for authenticity that passes the smell test.

Generally, how can brands in social balance the tenets of customer service with the importance of having spine and standing up for themselves?
In any social situation—especially one that involves a fart sandwich hiding in anonymity—you have to think about when and where it’s appropriate to let it rip.