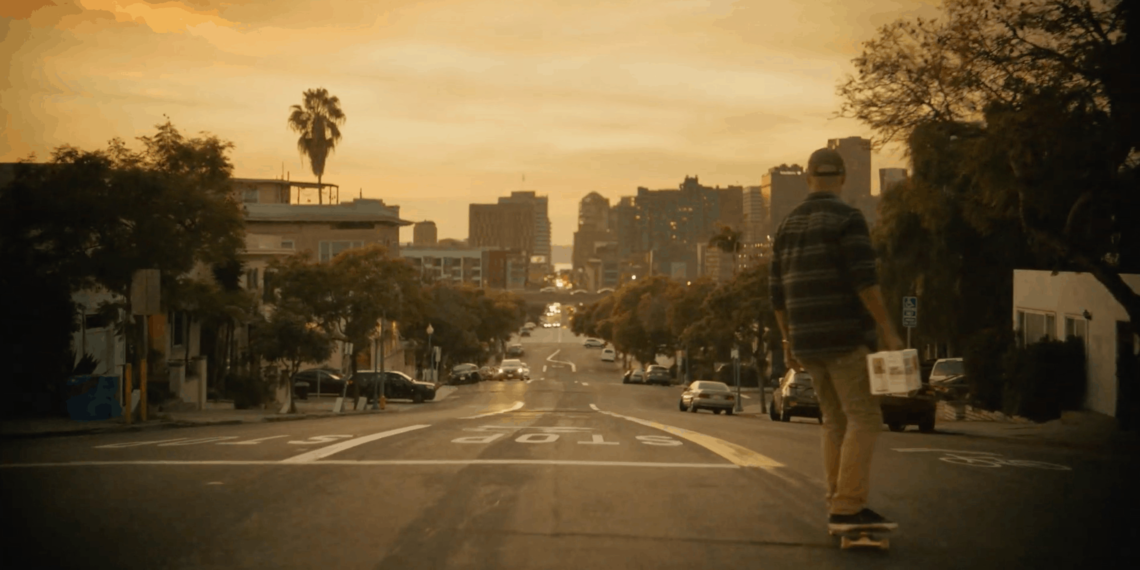 There is a certain familiarity in beer ads. For years, the montage approach seemed to be a popular formula. Get some attractive people, shoot a bunch of uptempo situations and, voila: a beer ad. In the low-carb category, we’ve seen a similar approach from the likes of Michelob Ultra (but, to their credit, they did try a little ASMR). Of course, it makes sense to show the lives of the target audience and, when done well, it can be creative comfort food.

Saint Archer Brewing Company, owned by MillerCoors, took the same approach to launch its new beer, Saint Archer Gold. Upon first glance, there was a certain “here we go again” vibe, but it’s an ad that sucks you in instantly. It’s hard to place your finger on why that’s the case, but there are some clues. It could be Foy Vance’s “Shed a Little Light” that keeps the pace more languid. Maybe it’s the beautiful cinematography, editing and direction from Will Mayer.

“One of the big creative considerations was how to connect a lot of passions that are true to the independent, creative spirits that love Saint Archer through a light story and the campaign line ‘A light for the journey,’” said Rob Baird co-founder and CCO of Preacher, the Austin agency that created the campaign. “So whether it’s the setting sun for a group of surfers, the open flame of a neon artist, stage lights, or the glow from an impromptu party, we wanted to show their journey being guided by light. Since this newest product is called Saint Archer Gold, we really focused on the golden hour as day turns to night.”

There could also be the laid back San Diego scene at play here as well. The brewery was founded in the city by a group of pro surfers, skateboarders, snowboarders, artists and musicians.

“We wanted to capture the lifestyle of San Diego,” added Baird. “We chose to cast real people in the roles who are experts in their craft, from a surfboard shaper to neon artist. We featured people who truly live and breathe and help create the culture in San Diego and with Saint Archer. The energy never felt like a commercial shoot—more like a big, spirited hangout.”

The 90-second “anthem” ad is the centerpiece and strongest of the bunch, but the 30-second ads (two of which incorporate the more peppy song “Delinquent Beat” by Pat Capocci) hold their own as well. The brand and ads will roll out in four craft beer-centric markets, Austin, Arizona, Indianapolis and Charlotte, N.C., with a national launch to follow soon.

Bottom line, though, is that these ads are incredibly watchable and may make the low-carb beer set that doesn’t aspire to participate in 40 Ironman triathlons a year think about going the craft route next time.