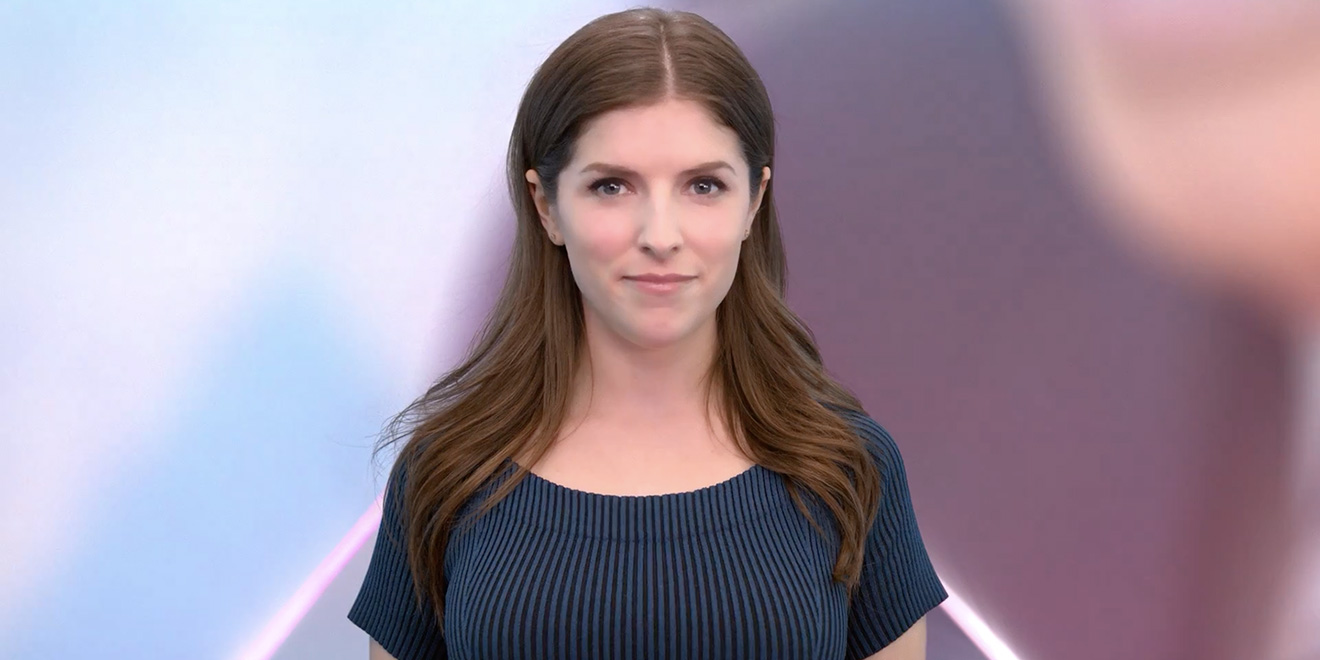 Anna Kendrick tends to put on a charm offensive in most advertising in which she appears (except, famously, for Newcastle, where she skipped the charm in favor, jokingly, of the offensive). Now, the 32-year-old Oscar and Tony nominee is going to bat for Hulu in a series of 30-second set pieces (which will air nationally as TV spots) that take place inside a dreamworld styled like the Hulu interface itself.

Kendrick doesn’t underpromise in the launch spot, which rolled out Tuesday, suggesting the streaming provider will “change your life.” Well, it could change your TV-watching habits, anyway. All the spots in the “For the Audience” campaign feature the line “TV come true,” as well as the ongoing tagline, “Come TV with us.”

Two more spots will break Oct. 1, and a fourth in November. The October spots, “Aquarium” and “Sports,” feature Kendrick floating in a kind of dreamworld, interacting with panes representing TV content that whirl around her.

The ads were directed by filmmaker Robert Stromberg (“Maleficent”) through agency 215 McCann.

The November spot, “Channeling Anna,” might be the most entertaining, as it features various versions of Anna chatting about how Hulu recommends programs based on her interests (which include gardening and, particularly, The Golden Girls).

Kendrick said, in a statement: “Am I a fan of The Handmaid’s Tale? Hell yes. Have I watched every episode of Law & Order: SVU at least three times? Try four. Does Hulu make it super easy to get all my TV in one place? Yes, and I would know; I’m legit lazy. Plus, I got to work with director Robert Stromberg, who was awesome, and the team at Hulu and on this beautiful and cinematic campaign, which was crazy fun and unlike anything I’ve done before.”

For the record, Kendrick says her favorite shows to watch on Hulu are, in no particular order: Late Night with Seth Meyers, The Handmaid’s Tale, MasterChef, Law & Order: Special Victims Unit and Unreal. (Betty White is going to be a little mad.)

“For the Audience” runs through December and will include digital video and social media ads. It’s Hulu’s first use of a celebrity in its marketing since Will Arnett hyped Hulu Plus as excellently mind-mushing back in 2012.