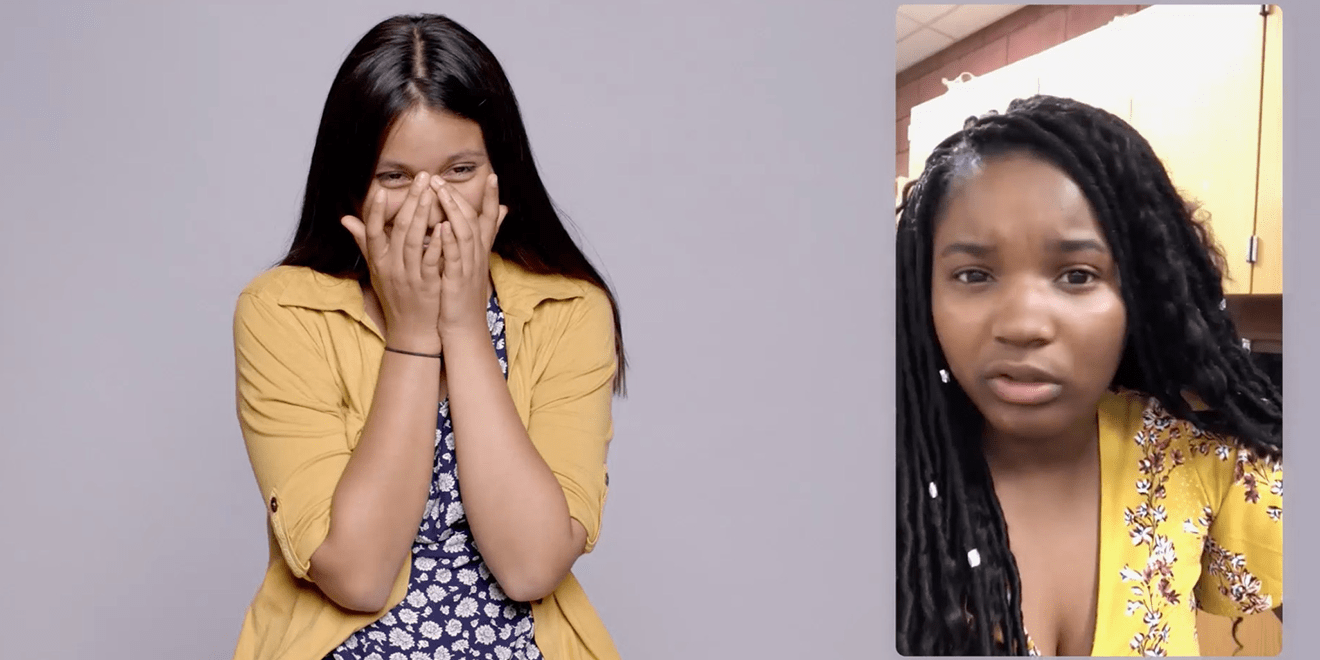 In most bullying PSAs, the negative cause and effect is usually the focus. While these critical messages are educational and important, it isn’t often that the public sees advertising that illustrates the opposite of the shock of bullying—the stories of kindness—both online and in real life.

Today, the Ad Council has launched a different approach, highlighting the difference that teens can make when they exhibit care and compassion. The result is the “Because of You” campaign, a powerful look at how empathy can make a difference for teens and timed to back to school and October’s Bullying Prevention Month.

Created with San Francisco-based agency TBD and production company Adolescent Content, the centerpiece of this wide-ranging program is a filmed social experiment that is equal parts surprising and a reminder that there is still a great deal of good in the world. In essence, the script flipped from less about the negative connotation of bullying and the result of kindness and love.

“We knew that we didn’t want to produce just another ‘anti-bullying’ PSA,” said Rafael Rizuto, TBD’s CCO. “We didn’t want our work to point fingers to anyone, to sound preachy or to show teenagers that bullying is wrong. It has been proven that this approach doesn’t work. In fact, we ended up learning in this process that the word ‘bullying’ doesn’t even resonate with (teens) anymore, though they still experience a culture of meanness on a daily basis.”

“Honest Yearbook” uses the backdrop of a real high school yearbook photo shoot to capture the genuine and spontaneous reactions of teens who were surprised by videos created by their friends. As each student settles in to have their photo taken, they’re unaware that they are about to hear such powerful messages.

The very first video shown to a young girl sets the tone as her friend shares how she was bullied in middle school. “These girls would say the meanest things,” she said. “(But) I met you, and when I smiled, you said I had the greatest smile, and it meant so much to me.”

The raw emotions continue, as another girl shares how she struggled with an eating disorder, telling her friend that “you listened and you gave me advice. I’ve never had someone who wanted to hear what I had to say.” Further along in the video, another student mentions how happy she was that her friend paid attention to her and how she felt “welcome being at school … being the new kid, because no one else came up to me the way you did.”

Throughout the video, stories of hope in the face of challenge stitch together an incredibly empathetic narrative and one that is welcome, especially in a time where nastiness is normalized. At the end of the film, the students realize that their words do have meaning and can form a pay-it-forward habit.

“I didn’t know that those kinds of words would be so impactful on (my friend),” said one of the participants. “So when you have the opportunity to tell somebody how much they mean to you, you need to tell them so that they can keep doing it for other people.”

What makes this campaign work is its authenticity, especially in the campaign’s production. Adolescent Content’s “for youth by youth” model leverages the talent of teen and younger adult directors and producers resulting in a relatability that was important to capture.

“There is a perspective that you cannot get from any adult director,” said Robert Woods, TBD’s senior account director. “That has made a tremendous difference. This project would not be what it is if it was not for Adolescent’s involvement and perspective.”

Indeed, by having younger people behind the camera, the high school students appeared much more comfortable and were willing to share their unvarnished feelings.

“It was easy for me to relate to these kids,” said 19-year-old Claire Jantzen, one of the directors of the project. “I was in high school just two years ago, and I understand exactly what they’re going through.”

“That’s the beauty of working with younger directors,” added Shea Glover, another director for the campaign. “They can talk to me because I look like a kid … and I am a kid.”

In addition to the “Honest Yearbook” film, there is a behind the scenes film about the project and another ad supporting the program, again taking the negativity of bullying and putting it into a more productive place. The ad features four talent ambassadors including actor Lonnie Chavis, YouTuber and actress, Jenn McAllister, content creator and makeup artist, James Charles and musician, Jacob Sartorius, who shared their own stories.