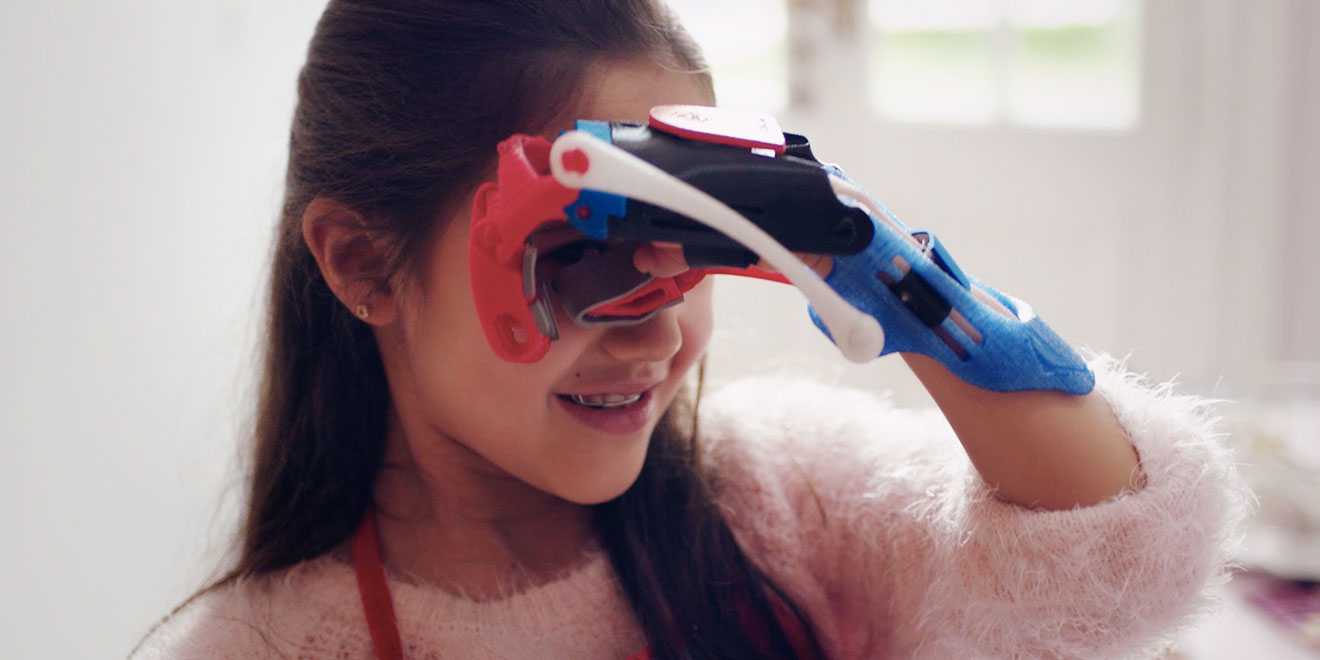 Creative shop David has excelled at leveraging social issues to build the Burger King brand, most famously with its celebrated “Proud Whopper” campaign from a few years back.

These days, the agency-client team are literally giving a hand—of the 3D-printed, mechanical variety—to folks across Argentina.

On July 5, the fast-feeder, recently feted as Marketer of the Year at Cannes, offered its Stacker combo for half price, with 50 percent of sales supporting Gino Tubaro’s Atomic Lab, which produces 3D-printed prosthetics free of charge for people in need.

That promotion had a juicy impact. In the past three years, Atomic Lab managed to donate 500 hands and arms; after Stacker Day, the organization had enough money to produce nearly 1,000 more.

As part of the initiative, a spot from David in Buenos Aires celebrates the everyday triumphs of various individuals, noting, “If they get all that done with one hand, imagine what they could do with two.”

We’re treated to diverse examples, including…

…yes, that’s right, with two hands they can get a firm grip on the all-new BK Stacker Atomic 5.0, a sandwich filled to bursting with five grilled patties, extra bacon and cheese.

“Most of David’s work for BK has always tried to tackle an issue that is relevant in some way,” agency co-creative chief Ignacio Ferioli tells us. “Stacker Day is a big event in Argentina. People queue for hours to get a burger. Sales keep growing year after year. We wondered if we could do something relevant that tied back to a huge burger that’s hard to handle. Donating money to Atomic Lab, a company that builds prosthetic hands, and gives them for free, sounded like a good idea.”

In a broader sense, David’s work reflects the growing trend of such campaigns taking an lighter, inclusive and increasingly realistic approach to their subjects. (Channel 4’s much-honored “Superhumans” ad is in the same vein.)

For these efforts to succeed, tone is vitally important, and David took pains to cast its client in just the right light.

“BK is not playing the hero role, it’s just helping,” says agency co-creative chief Joaquín Cubría. “The people in the film live normal lives—and always find a way to do what they want. They’ll accept our help, but can perfectly live without it. So, no depressing piano chords on the soundtrack, or sad stories becoming happy endings thanks to a burger. Like in most of these types of projects, we were ready to roll with whatever came up”—letting the subjects’ personalities, quirks and indomitable spirits shine through.