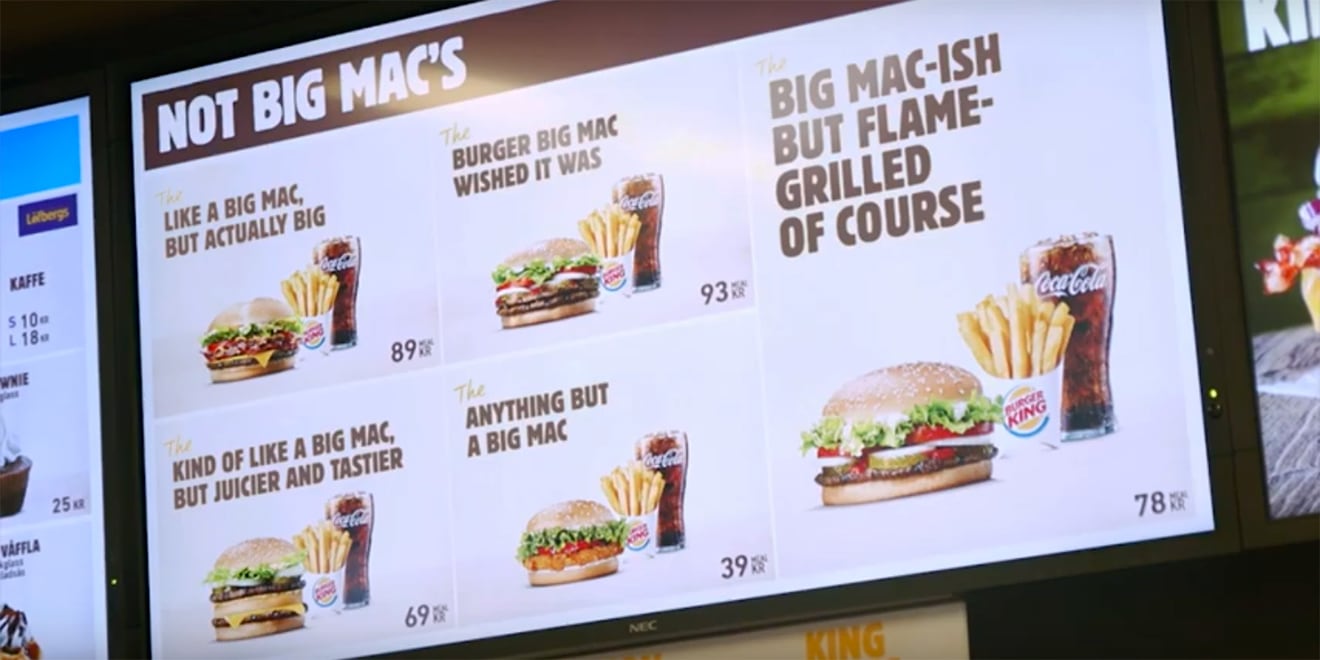 When McDonald's lost its Big Mac trademark this month, Burger King was quick to rub salt in the wound. Ingo Stockholm

Insult, meet injury, as McDonald’s recent loss of the “Big Mac” trademark in the EU was quickly followed up by a Burger King stunt mocking its rival’s iconic menu item.

Stockholm-based agency Ingo created a menu of “The Not Big Macs” at local BK locations just to troll McDonald’s for its legal defeat earlier this month in a case against Irish fast food chain Supermac’s. In the case, the EU Intellectual Property Office determined that McDonald’s had not proven genuine use of the term “Big Mac” over five years leading up to the 2017 Supermac’s filing. McDonald’s had submitted web menus and promotional materials such as posters featuring the Big Mac, but in the end these were deemed insufficient by the EU regulatory body.

Such a decision obviously opened the door for copycat products in the EU, and Burger King—which is enjoying a gleeful period of unapologetic needling against its larger rival—was quick out of the gate with this “Not Big Macs” stunt:

In case you had trouble catching those menu items, they are:

Trolling McDonald’s has become a global pastime for Burger King and its lengthy roster of agencies.

A series of print ads from David Miami subtly called out grills on the home patios of McDonald’s execs, LOLA MullenLowe’s “Scary Clown Night” offered a free Whopper to anyone dressed as a clown on Halloween (a dig at Ronald McDonald, of course), and FCB New York scored a PR and app-promotion coup with Whopper Detour, which unlocked a 1-cent Whopper coupon only when customers got within a few hundred feet of a McDonald’s.