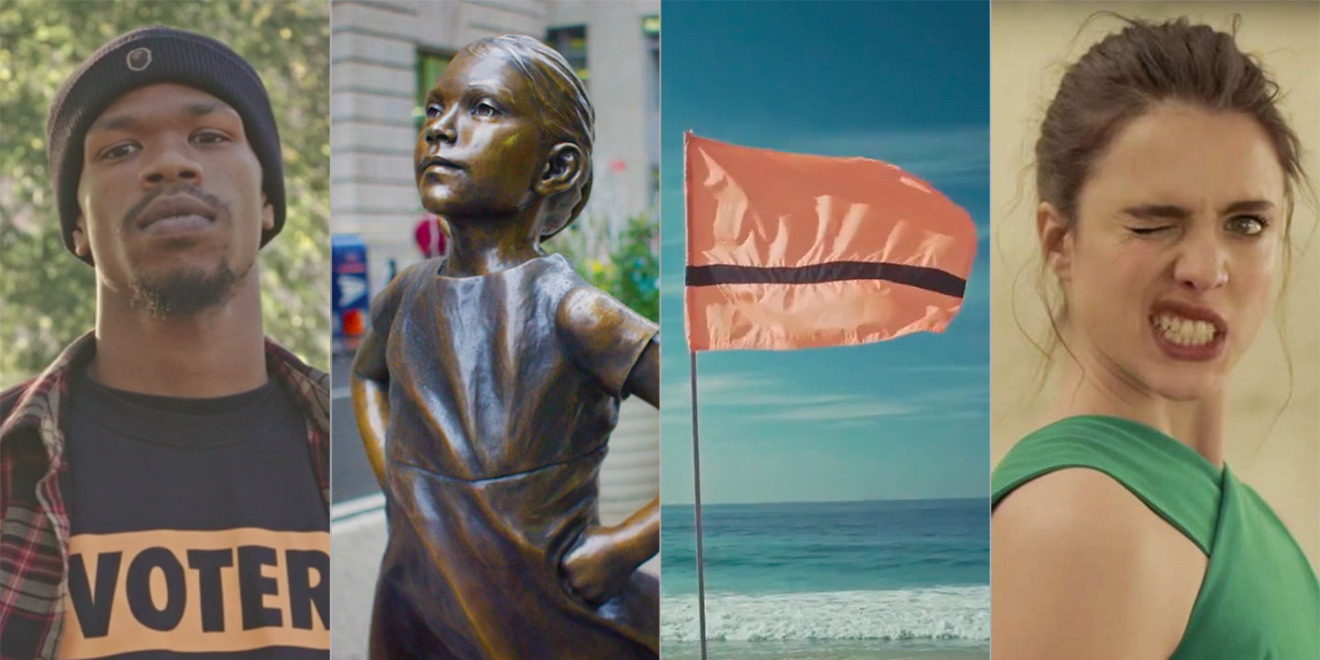 CANNES, France—A new national identity for those with no nation. A bold way to ramp up voter turnout. A young woman who kicks social norms in the teeth, and an even younger one who became a global face of resilience.

These are the campaigns honored today with some of the Cannes Lions International Festival of Creativity’s most coveted trophies: the Titanium Lions. The honor was created to recognize marketing work that doesn’t easily fit into any traditional category, with previous honors going to REI’s #OptOutside campaign and Domino’s Pizza’s Emoji Ordering.

This year’s Titanium Lions winners are:

Small in stature but nearly unprecedented in impact, Fearless Girl is a bronze statue created by McCann New York to stare down Wall Street’s famously intimidating Charging Bull. It quickly became a worldwide sensation, with thousands taking selfies alongside the piece, designed to highlight State Street Global Advisors’ fund investing in businesses with women in leadership.

It’s rare for a piece of branded film to win over the innovation-minded Titanium Lions jury, but perfume brand Kenzo achieved it this year.

Judges said the success of the exuberantly choreographed video was less about technical innovation than about how it changes the way women are portrayed in marketing.

“For decades, our industry has treated women as mindless purchasing machines and not really given them the respect of acknowledging them as fully formed human beings with hopes and dreams,” said Jaime Robinson, a Titanium Lions juror and CCO of Joan. “This year, with Fearless Girl and Kenzo, it was a watershed moment for how we portray women in advertising.”

John Mescall, global executive creative director for McCann and a Titanium juror, said the Kenzo video proves to the adverting world that it’s OK to show women with emotional complexity and physical intensity.

“You can see the conflict inside her,” he says of the ad’s character, played by Margaret Qualley.  “She was trying to be happy for everyone else, but inside she was going crazy, and that first 15 seconds showed that. Then it showed for the next 2 minutes a woman losing her shit. How many ads have shown men doing that? Man is allowed to express himself, but women have only been allowed to express themselves in a very narrow range of emotions.”

When 10 refugees arrived to compete in the 2016 Olympics, they lacked any national identity under which to compete. Amnesty and Ogilvy created not only a flag to unite these displaced Olympians, but also to rally attention for millions of refugees around the world.

Working with refugee artists and musicians, Ogilvy designed a Refugee Nation flag with the orange-and-black color pattern of a lifejacket, symbolizing how many risked their lives to flee war zones and come ashore in foreign lands.

With polling places often difficult to access in communities across the U.S., Boost Mobile and agency 180LA decided to become part of the solution by offering up all the chain’s locations as voting locations on election day. The project proved politically daunting and logistically challenging, but the brand persevered and even expanded the effort into a get-out-the-vote campaign featuring Chance the Rapper.

Results included helping Chicago see its most active day of early voting ever and a reported 23 percent increase in voter turnout in counties with voting allowed in Boost Stores.